Mohammed bin Salman has only one path to staying in power: to look for legitimacy from his own people rather than from Washington D.C. 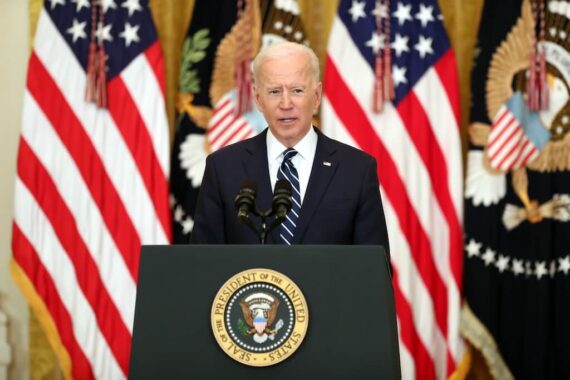 In an attempt to undo the damage by President Trump’s dangerous quid pro quo foreign policy and blatant disregard for human rights and international law, in early February, the Biden administration pledged to conduct a strategic review of the United States’ relations with Saudi Arabia.

Under Trump, any potential for a rudimentary democracy in the Saudi kingdom was entirely obliterated, as Trump’s son-in-law, Jared Kushner, worked to empower his WhatsApp mate Mohammed bin Salman (MBS), then second in line to the throne, at any cost. Indeed, Kushner openly took credit for “putting our man on top” of the Saudi monarchy, kickstarting MBS’s blood-soaked journey to gaining absolute power.

This infamous journey was marked with a palace coup against the Crown Prince Mohammed bin Nayef, the detention of the country’s most powerful and wealthiest figures at the Ritz Carlton, the blockade of Qatar, and the killing of Saudi journalist Jamal Khashoggi.

As Biden was sworn into office last January, one of his administration’s first foreign policy pledges was to “recalibrate” the relationship between the White House and the Saudi regime, by conducting diplomacy through Saudi King Salman directly, rather than through MBS.

Read: Biden Places MBS under Pressure, But Keeps Him for the Future

Shortly after, the Biden administration released a brief executive summary of a final intelligence report confidently linking MBS to the killing of Khashoggi. This announcement was followed by further measures to pull the rug from underneath MBS, including by imposing sanctions and bans on 76 Saudi individuals, amongst whom members of MBS’s entourage and his personal death squad, the “Tiger Squad.”

The U.S. State Department further enacted the “Khashoggi Ban,” which imposes restrictions on “individuals who, acting on behalf of a foreign government, are believed to have been directly engaged in serious, extraterritorial counter-dissident activities.”

The Biden administration’s response, however, stopped critically short of imposing sanctions on the mastermind and commander of Khashoggi’s horrendous murder, sparking fury amongst progressive circles, the human rights community, and Arab activists who fear that Khashoggi’s brutal killing in broad daylight would become the new normal in the Middle East, if MBS is given a pass.

Nonetheless, in a different light the limited and calibrated response of Biden’s team to MBS’s unhinged actions can be seen as a positive development. The release of the Khashoggi report and the ensuing selective sanctions have the potential to become a gateway to a slow, gradual, and cumulative process towards clipping the wings of – or even ousting – the young, dangerously ambitious, and impulsive crown prince.

With Kushner covering his back, MBS’s ascendance to power relied heavily on isolating, humiliating, and intimidating anyone with a moderately different opinion than his, including some chilling cautionary tales to deter dissent or opposition. This included imprisoning and torturing members of his very own immediate and extended family, such as Princess Basmah bint Saud (al-Saud), his uncle Prince Ahmed bin Abdulaziz, the former Crown Prince Mohammed bin Nayef, and reportedly his own younger brother Bandar.

MBS has also bolstered his authority to absolute levels, by dramatically weakening the religious authorities and justice system in the kingdom, impeaching the old guards, buying loyalties through bribery or intimidation, surrounding himself with yes men, and building a formidable online army of “electronic flies” to manipulate and control the narrative to his advantage.

Constant activism and pressure on the Biden administration must be exerted to encourage more actions towards the Saudi regime.

Hence, had Biden hastened to undertake punitive measures against MBS, an unstable megalomaniac with deep paranoia, it would have likely put him on the offensive, heightened his alertness, and made him more desperate and hungry for absolute power, leading him to a more unconstrained hostile behavior that would further destabilize the region.

Of course, incremental efforts by the Biden administration guided by a clear-eyed policy and deep-rooted belief in the importance of restoring confidence to a rules-based international order could eventually dismantle the infrastructures of tyranny and oppression that MBS has built during Trump’s presidency. But to get there, constant activism and pressure on the Biden administration must be exerted to encourage more actions towards the Saudi regime.

Already, the U.S. intelligence report pairing MBS’s name with Khashoggi’s murder is likely to render him a pariah in the international arena. World leaders, business giants, and public figures will be keener to avoid being associated with Mr. Bone Saw now that the U.S. officially recognizes his criminal actions.

The Biden administration could further ensure this by making clear that its friends and allies should demonstrate respect for human rights, and that there will be consequences to those who aid in rehabilitating MBS’s image by giving him a platform and photo-ops.

The more internationally isolated MBS becomes, the weaker and less legitimate he’ll appear to his own people and the heavier the costs to his enablers and blind loyalists for aiding his quest for absolute power. This was the case when MBS tried to host the “Davos in the Desert” conference in 2018 after Khashoggi’s murder and was humiliated when world and business leaders boycotted the event.

More importantly, Khashoggi’s case gives the Biden administration solid leverage over MBS. The White House spokesperson, Jen Psaki, reiterated last month that the U.S. reserves the right to sanction MBS in the future if necessary. “Of course, we reserve the right to take any action at a time and manner of our choosing,” Psaki said.

Biden can utilize this leverage to demand gradual, substantial concessions and meaningful reforms from MBS, such as ending the war on Yemen, releasing political prisoners and royal family members, easing restrictions on freedoms of speech, association, and expression, ending the army of electronic flies, allowing the emergence of independent media and political parties, increasing the independence of the judiciary, and delegating more decision-making authorities to other members of government.

Read: How Will Antony Blinken Handle US Foreign Policy in the Middle East?

Any concessions MBS makes to appease the Biden administration are in practice admissions of fear and defeat. Biden’s win in November prompted MBS to enact nominal judiciary reforms, and Biden’s inauguration was followed by the release of prominent women’s rights activist Loujain al-Hathloul, in a clear example of MBS being intimidated, afraid, and keen to avoid an hour of reckoning.

Forcing MBS to release the very activists, royal family members, and critics he imprisoned would dismantle the image he sought to create of himself as an invincible tyrant above the law and accountability. This would create room for those oppressed, disaffected, and terrorized inside Saudi Arabia to challenge MBS’s absolute power, and demand reforms, change, and a truly prosperous future for their homeland.

MBS has one path to staying in power: to look inwards for legitimacy from his own people rather than from Washington D.C.; to end his criminal actions and appease his people rather than force them into fear and submission; to improve his country’s relations with its neighbors in the region; and to work genuinely towards a better future for all rather than just for himself. 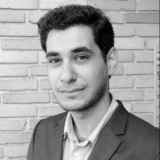