Can Russia Install its Kadyrov in Syria?

Russia can find its Syrian Kadyrov. However, in contrast to Chechnya, Russia needs to balance and share power with another actor or risk an entire new conflict dynamic to evolve in Syria. 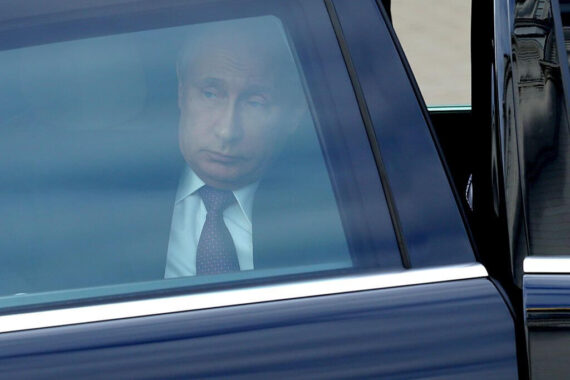 Since the start of the war in Syria, many debates erupted around the future of Bashar al-Assad and that he will not play any role in the future of Syria. However, the Syrian opposition demands the change of the regime, not just an individual. Until today, the Iranians and Russians succeeded in securing Assad his position, long enough that the U.S. does not speak about regime-change anymore. Saudi Arabia is trying to push the Syrian opposition to accept a political transition process with Assad. But Assad remains as a symbolic obstacle for peace in Syria. Thus, the question is: If Russia decides to oust Assad from power to accelerate the political process in Syria and tries to impose a trustful and reliable ally in the country, will it succeed?

To date, two different names come up in this regard: Ali Mamlouk, the former head of the National Security Bureau, and the Syrian Commander Gen. Suhail al-Hassan, nicknamed the “Tiger,” who leads the Russian-backed famous Tiger Forces. Suhail al-Hassan as a predecessor to Assad came into discussion when he was rewarded by Russian generals at the Humeimin base and his congratulations letter to the Russian President, Vladimir Putin. Ali Mamlouk on the other hand, remains as one of the only people who allegedly is in contact with other states such as the U.S., Egypt, Turkey, Saudi Arabia, and others, solely due to this position as being the head of intelligence.

The recent re-shuffle in the Syrian regime has seemingly strengthened the Russian position and Russia-allied figures have been appointed to critical positions.

Going on with the case of Suhail al-Hassan, in his report, Can Kasapoglu argues: “[…] evidence suggest that Syria could witness a serious intra-regime power struggle between General Suheil al-Hassan, the commander of the battle-hardened Tiger Forces (Qawat al Nimr), and the incumbent Baathist military elite” and that “to materialize its political goals in Syria, Russia should rein in profiteer paramilitary formations, restrict Iran-orchestrated Shiite militancy’s presence in the Syrian security sector, and ensure a unified chain of command to lay the foundations of the post-civil war doctrinal order of battle of the Syrian Arab Armed Forces.”

Ali Mamlouk on the other hand might help Russia have a less problematic ousting of Assad as his stance within the Baathist military and political elite is strong. In this regard, during the beginning of July 2019, Russia placed Ali Mamlouk as the deputy of Bashar al-Assad and appointed Mohamed Deeb Zeitoun as the head of the National Security Bureau. Zeitoun is also a close ally of Russia.

The general re-shuffle in the regime apparatus has seemingly strengthened the Russian position and Russia-allied figures have been appointed to critical positions. However, a main obstacle remains in front of Russia – its ally, Iran.

If Russia ousts Assad, then it would risk confrontation with Iran in Syria as the regime apparatus is divided between Iranian and Russian allies.

Currently, the alliance between both parties is being symbolized by Assad himself. If Russia ousts Assad, then it would risk confrontation with Iran in Syria as the regime apparatus is divided between Iranian and Russian allies, who are in competition over power. While the Russian side has more political power, the Iranian side is overwhelmingly stronger in terms of allied militias. In short, if Russia ousts Assad, Syria might enter a new dynamic in which the current regime axis would split and fight within themselves. Also, the current escalation in Idlib has proven the Russian limits without the active support of Iran. As long as the war continues or even further escalates, Russia is dependent on Iranian support.

All in all, Russia can find its Syrian Kadyrov. However, in contrast to Chechnya, Russia needs to balance and share power with another actor or risk an entire new conflict dynamic to evolve in Syria. Therefore, as long as Bashar al-Assad succeeds in managing the balance between Iran and Russia, he may remain as the formal head of Syria. However, if the political transition process finally occurs, even this balancing act may not help him stay in his position for which Assad burned Syria down and handed over his Powers to his protectors in Tehran and Moscow.