Although it has not severed its relations with the regime, Jordan has taken positions close to the Syrian opposition over the past decade, but has kept its border open with the Syrian regime for economic reasons. 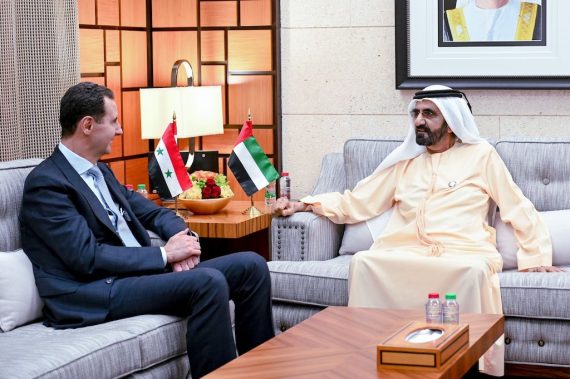 In the following years, most Arab countries called on the regime to stop military operations against civilians, and some of them even played a greater role in actively seeking regime change in diplomatic manners and by supporting and financing the opposition. However, in the coming years, political changes occurred in some Arab countries such as in Egypt and the United Arab Emirates, causing a departure from regime change politics to the restoration of pre-Arab spring MENA security order, thus affecting the regional attitude towards the Syrian regime.

Egypt resumed consular relations in 2013, when most Arab countries took a stand against the Syrian regime, but has not fully normalized its relations with the regime to date. This shows that Egypt prioritizes the stability of the Syrian regime in its foreign policy, as Egypt distrusts the opposition and considers it a proxy for Turkey. Moreover, Egypt prefers to work with the army and considers it more reliable.

The UAE and Jordan, on the other hand, were on the opposite side and supported the Syrian opposition to varying degrees, but after the Russian intervention in 2015, the situation on the ground had changed, which, along with other factors such as the UAE’s attempt to counter Turkey and contain Iran with a different approach in Syria, led to a change in the countries’ priorities in their foreign policy toward Syria. In 2018, the UAE and Bahrain reopened their embassy in Damascus and resumed relations with the Syrian regime. The UAE wants to normalize its relations with the Syrian regime in order to have relations with all parties on the ground.

Similarly, when the Syrian opposition lost control of southern Syria in 2018 and signed reconciliation agreements, Jordan reopened its border with Syria with some restrictions, as it had done before 2015, Jordan has not completely severed relations with the Syrian regime, but it has downgraded its representation. It normalized its relations only in October 2021 after a telephone conversation between King Abdullah and Bashar al-Assad, which was expected after King Abdullah’s speech on CNN during his visit to Washington and after his meeting with President Biden.

Looking at the factors behind this action, the first one seems to be the economic factor, because the country is in a difficult economic situation, aiming at normalization and cross-border trade, as the Arab gas pipeline will help the Kingdom’s economy. In addition, the security factor is not as important as the economy, but it plays a role because the Kingdom is concerned about stability on its northern border and normalization will help in security coordination with the Syrian regime to prevent possible threats.

2021, the beginning to regime regional re-integration

In the last quarter of 2021, more precisely on November 9, 2021, the Foreign Minister of the United Arab Emirates, Abdullah bin Zayed, visited Damascus as the highest UAE official since the beginning of the Syrian uprising in 2011. The visit came at a time when the idea of normalizing relations between Arab countries was discussed among Arab officials, and some expressed this on various occasions. In addition, Jordan’s King Abdullah spoke to Bashar al-Assad by phone in October last year, removing doubts about relations between the two countries.

At the same time, Egypt, which has maintained close relations with the Syrian regime in recent years, has not yet fully normalized its relations. So, if we look at the approach of each country, we can examine the differences between these three actors in the region-Egypt and the UAE, Jordan-in terms of timing and level, as well as their advocacy for the Syrian regime. Timing shows how long these countries have been linked to the regime, while level shows how deep these links are. Advocacy shows which countries are committed to the regime’s return to the Arab world.

As for the level, not all countries that normalize with the regime do so to the same degree. Egypt has played a role in supporting the Syrian regime, although it has not yet fully restored its relations with the country. There are several reasons for this, such as the desire to maintain relations with the Gulf States, as they have led the front against the Assad regime.

Egypt’s main objective is to view this relationship from a political and security perspective. The UAE, on the other hand, is looking at the relationship from an economic and political perspective. They want to participate in the reconstruction process in the coming years. Therefore, its normalization process with the Syrian regime has taken place without any conditions.

Although it has not severed its relations with the regime, Jordan has taken positions close to the Syrian opposition over the past decade, but has kept its border open with the Syrian regime for economic reasons. The Kingdom believes that normalizing its relations with the regime will help its economy recover and that it wants to play a role in resolving the conflict. Jordan has also sought to reactivate the bilateral agreement with Syria on various issues such as water. It also wanted to reactivate the Arab Gas Pipeline to reach Lebanon through Syria, which is part of the kingdom’s ambitions to become an energy hub in the region.

What sets Jordan apart, however, is that it is not only Jordan that wants to engage with the regime, but also brings along other countries that have the same idea of changing the regime’s behavior through concessions and vice versa. It is an approach that has met with the approval of the Biden administration. As part of its strategy to manage the Syria conflict by focusing on changing the regime’s behavior rather than regime change, this administration’s new approach to Syria is the opposite of the previous administration, which pursued a policy of maximum pressure.

In March 2022, another important UAE rapprochement with the Syrian regime took place, namely Bashar al-Assad’s visit to the country. This visit is considered very significant, mainly because it was al-Assad’s first visit to an Arab country since the beginning of the uprising. The visit can be analyzed from various points of view, such as future investments, the possibility of the regime’s return to the Arab League, and Iran’s influence.

The possibilities of reinstating the Syrian regime in the Arab League

The irony is that Egypt is playing a role in the Syrian regime’s return to the Arab League but has not yet fully normalized its relations with the Asaad regime, which could happen in the near future. As mentioned earlier, Egypt sided with the Syrian regime under President Abdel Fattah al-Sisi, and the two countries have since restored consular relations.

The UAE changed its stance on Syria after 2015 until it normalized its relations with the regime. After that, they began to support the Assad regime and promote the normalization of their relations with other countries in the region. They went even further by calling for the lifting of sanctions imposed on Syria.

In Jordan, however, we see a different approach that accepts the current status quo in Syria as a reality. For example, Jordan does not fully side with the regime in the Syrian conflict, but rather seeks to benefit from the opening of its relations with the Syrian regime on an economic level and restore the situation to what was before the border between the two countries. In doing so, it advocates its approach to Syria “step by step” as a comprehensive plan for dealing with the regime.

Ultimately, these approaches are similar in some respects, but they are not identical. This means that not all of the approaches these countries are taking have the same goals. Moreover, not all countries approaching the Syrian regime can be considered allies of the regime; rather, it is about their needs.

So far, these approaches have not been able to change the position of Riyadh and Doha in terms of normalizing relations with the Syrian regime, which may show how effective these processes have been so far. On another level, will the relations between the Syrian regime and the international community remain the same? Will we see some changes in the position of some countries like the U.S., or could other approaches be taken? 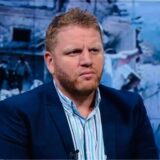 Baraa Khurfan is an assistant researcher in Omran Center for Strategic Studies He is an MA student and he received his B.A. degree in Political Science and International Relations from İstanbul Şehir University. His main research interests are Political violence and Governance in Syria. His Twitter is @BaraaKhurfan