Candidate or Political Party? Who will the Turkish Public Choose in Local Elections? 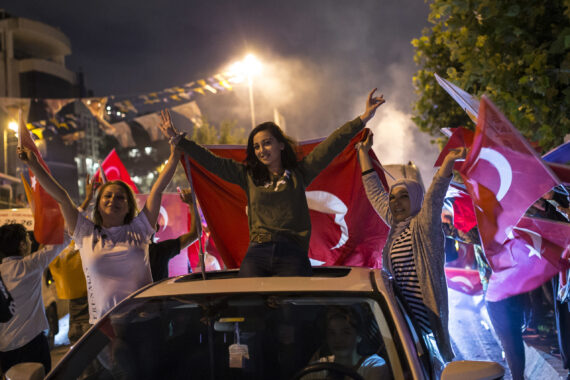 With only six months left, Turkey’s local elections are almost around the corner. The ongoing debate on local elections still focuses on the candidates, political parties, and possible alliances that could be formed.

While the Turkish electorate can expect to see pre-electoral alliances in local elections, there is also a heavy discussion on the possible candidates that parties can put forward – especially in metropolitan cities. It is important to understand the transformation of the “urban” in the last decade in order to understand the boundaries and limitations of politics in governing the urban. Under new circumstances, in order to be successful in urban areas, political parties have to focus on new dynamics.

Before digging deeper into the issue, it is crucial to understand the effect that neoliberalism has had on the urban, since its reflections on politics is crucial. On January 24, 1980, Turkey woke up to a new day in which some discussions leading its economic system change would be taken. The changes would also transform the political, social, and cultural sphere of Turkey.

The stabilization program taken then was different to previous austerity packages due to its comprehensive and long-reaching liberalization schedule. This program proposed limiting the public sector, privatizing the economy, and liberalizing international trade. From then onwards, the Turkish economy adapted to the neoliberal system. As a hegemonic force, neoliberalism also shaped the ideological and operational parameters of urbanization in Turkey.

These changes also transformed the cultural and mere everyday life of society, especially in urban areas. While the urban structure changed in the neoliberal context, both center and peripheral areas in cities were exposed to great transformation. The gap between individuals and politicians began to disappear and politicians had to propose practical solutions to existing problems rather than proposing abstract solutions in cities. Indeed, this is one of the main reasons why Recep Tayyip Erdogan was successful in the 1994 municipality elections in Istanbul. While his rivals focused on dealing with insignificant issues, he preferred to focus on basic but necessary issues and proposed comprehensive solutions to them.

As a result of a newly emerging phenomenon, individual engagement with urban life was also transformed. People began to expect detailed proposals from politicians in order to reflect the problems of the entire city rather than just their neighborhood. Due to the fact the people began to define themselves through their living places, cities also became part of their identity. This situation helped the emergence of a new culture in politics.

People increasingly began to vote for candidates rather than political parties. Even if they are to support a different party in the general election, they can easily vote for a candidate from another party in local elections. Thus, local elections and the governance of the urban have become an issue of politics above politics.

The new political identity in the urban is also a result of a multilateral process. Spatial practices in relation to people’s perception of their environment in day-to-day interactions are also important to understand individual reactions on these issues.

This emerging phenomenon brought some issues to the forefront – environment, urbanization, ecosystem, and infrastructure. When examined, it can be observed that all political parties, regardless of their ideological position, underline the importance of these issues on their agenda.

Consequently, even if the so-called “death” of neoliberal policies has been highly discussed since the Wall Street Crisis in 2008, its effect on urban politics is still valid. Obviously, governing the urban in a neoliberal context forces political parties to prepare more creative programs in local elections. Since the party candidates in cities have not yet been announced, it is possible to expect a great rivalry between them. Nevertheless, all candidates have to take these issues of urban politics into consideration in order to be successful.