China is ready to take a step further and broaden the scope of its integration strategies. 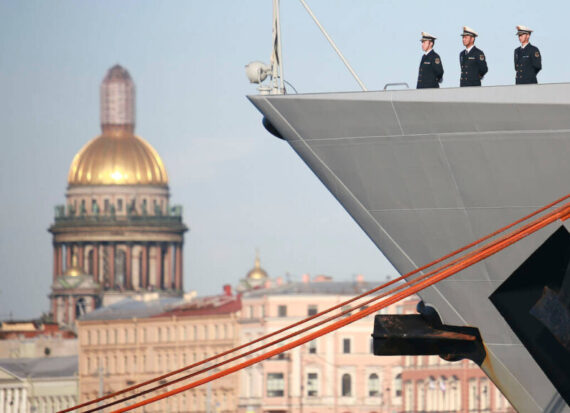 he world has closely followed the latest Shanghai Cooperation Organization (SCO) summit in Uzbekistan, as leaders gave their speeches, hinting at several threats and opportunities for the current international relations. The 22nd Shanghai Cooperation Organization summit was Xi Jinping’s first visit abroad since the pandemic outbreak. The summit amplified the already existing signals of dynamism and change in the near future of international relations.

There are three apparent signals that may emerge in the short and long run with a potential to reshape international relations. First, the broadening rift within the Western bloc regarding regional and global issues. Second, the reality of interstate wars affecting international relations with several conflicts waiting to break out. Third, the emergence of an alternative source of power that has the potential for norm-setting. Turkey’s participation at the SCO summit with a special invitation from Russia, in this regard, could have potential implications for the Middle East.

Chinese president Xi Jinping highlighted the following in his speech: “Under these new conditions, the SCO, as an important constructive force in international and regional affairs, should keep itself well-positioned in the face of changing international dynamics, ride on the trend of times, strengthen solidarity and cooperation and build a closer SCO community with a shared future.” President Jinping’s central prospect for the international system is creating functional ties between states and regions in order to build a common strategy for the future.

Jinping’s visit to Uzbekistan, his first abroad visit since the outbreak of the pandemic, potentially signals a change in the international system, which is about building trust bonds that do not necessarily rely on the current set of values promoted by the status quo benefactors. This necessitates political integration with other regions and states outside of central Asia, and Turkey comes into play with a lot of potential.

There are simply two states that can set an example for the rest of the Middle East: Turkey and Saudi Arabia. As China and Saudi Arabia still need time to establish a political ground that would allow functional ties to prosper, Turkey is in a time- and cost-wise advantageous position to be approached for political cooperation.

Broadening the scope of the SCO will naturally necessitate more inclusiveness and collaboration for investment and development. President Jinping emphasized and promoted the “Shanghai spirit” with the words, “It has been shown that the Shanghai spirit is the source of strength for the development of the SCO as well as the fundamental guide we must continue to follow in the years to come.” The 22nd SCO summit finalized Iran’s membership in the organization while moving Belarus’s application to the last stage of accession.

One of the most important highlights of this year’s event was the admission of Egypt, Saudi Arabia, and Qatar to the dialogue partnership. Moreover, small countries such as Bahrain, Maldives, the United Arab Emirates, Kuwait, and Myanmar were designated as the new dialogue partners.

These countries all share a common value of not profiting from the current international system’s status quo and have been actively seeking alternatives to it. These moves bear a potential of change, especially remembering Turkey’s arguments in several UN General Assembly speeches that development and growth should not be confined to a selected few that manipulate the capital flow.

Chinese President Xi Jinping also alluded to this by saying, “Obsession with forming a small circle can only push the world toward division and confrontation.” This argument almost identically twins Turkish President Erdoğan’s central critique of the Bretton Woods system that has been governing financial and commercial relations for the last three decades. It is obvious that Jinping promotes collaboration and delegation of responsibility to the regional security complexes instead of unipolar and superpower-centric international systems.

International relations scholarship reveals through several studies that multipolar systems and robust security complexes help political and economic integration prosper. One of the unique examples of this has been the European Union since 1992.

The Shanghai Cooperation Organization is another integration project that resembles the EU from several perspectives. Both procedures promote economic integrity with the support of political integration for a regional sense of unity that prioritizes the region’s interests rather than those of the states.

The Chinese quest for higher political integration might facilitate decisions like banning foreign military camps in East Asia or facilitating a demilitarization process which will allow international trade and development in East Asia and the Middle East to prosper.

The main idea behind materializing the Turkish-Chinese rapprochement would be about the search for alternatives to the current economic models and stigmatization in the international system that have caused all of the miseries we have witnessed since the 1980s.

China is ready to take a step further and broaden the scope of its integration strategies. This, in turn, may encourage Turkey or other states in the Middle East and East Asia to be the pioneers of change in their region.