When China’s rulers feel that control is slipping through their fingers, they focus on two nemeses that seem to generate the deepest troubles: the United States and the Islamic world. 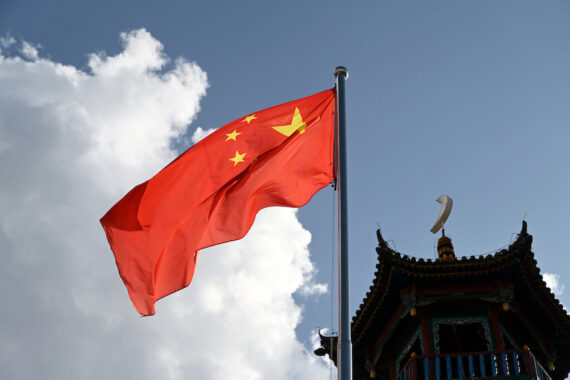 As China’s leaders steer their country to the center of world affairs, they are becoming increasingly frightened. They fear encirclement by hostile neighbors and distant enemies. They fear disloyalty from their own citizenry, especially the talented youth who are intrigued by foreign cultures. Above all, China’s political elites fear one another. Treachery at the very top—where raw power carries the gravest dangers—that is the constant terror of party and military factions who see every crack in their facade of unity as an omen of sudden collapse, a long-dreaded Chinese sequel to the fall of the Soviet Union.

When China’s rulers feel that control is slipping through their fingers, they focus on two nemeses that seem to generate the deepest troubles—the United States and the Islamic world. After decades of ambiguity, Sino-American relations have fallen into a downward spiral with no end in sight. Their disputes are far-reaching and mutually reinforcing. Even if compromise emerges on a single issue—trade or climate change—it can’t forestall confrontation in countless other areas, especially military deployments and human rights.

Long-term antagonism with the United States shapes Beijing’s thinking at every level, leading to the securitization of all politics—foreign and domestic. Issues that could once be seen as primarily economic or religious are now viewed through the lenses of police and military headquarters. This shift in perspective has profoundly altered China’s attitudes to Islam and to Muslim societies. Inside of China, the regime has reimagined Islam as a menace instead of a national resource. At the same time, across Asia and Africa, Chinese leaders have chosen to back repressive governments that portray political dissent as the work of “Islamic” terrorists.

These alliances are a sharp break from China’s previous efforts to avoid deep involvement in Muslims’ regional and national quarrels. A long decade of revolutions and civil wars made those disputes more tumultuous precisely as Beijing launched its Belt and Road Initiative, popularly known as the New Silk Road.

In response, China’s rulers turned their view of the Muslim world upside down. At first, the lands of Islam were supposed to create a bridge spreading Chinese power into Europe, the Indian Ocean, and Africa. Instead, warring Muslim societies seemed to morph into a set of spears aimed at China’s heartland through its ever vulnerable western and northern frontiers.

The specter of dual encroachments—American from the sea and Islamic from the land—is animating a growing belligerence in China’s behavior in world affairs and toward its own people.

The specter of dual encroachments—American from the sea and Islamic from the land—is animating a growing belligerence in China’s behavior in world affairs and toward its own people. After Mao, Chinese diplomacy followed a patient opportunism, assuming that international peace would encourage domestic development, eventually creating a stronger nation that could assert itself more confidently in contests for global leadership. Today that patience has disappeared—replaced by a sense that time is running out because China’s enemies are determined to halt its rise while they still have the power to prevail.

From this perspective, the New Silk Road—and the Islamic nations that form its backbone—are an inviting target for American mischief. What better way to frustrate China’s ambitions than to sabotage the flagship project of its new diplomacy? This suspicion colors China’s view of the so-called Indo-Pacific strategy in which the U.S., Japan, Australia, and India are creating a maritime alliance against Chinese naval expansion.

In a similar vein, Beijing sees American efforts to pull out of Middle East entanglements as a thinly veiled scorched-earth policy intended to undermine independent plans for transcontinental integration in Eurasia and beyond. In this malevolent picture, Chinese Muslims are a potential fifth column transmitting external disturbances that can aggravate social tensions all across the mainland. The embattled elite sees a circle of dangers drawing tighter by the day—military containment on the high seas, political unrest crossing the borders, and religious subversion within.

This is the misguided logic that seems to justify—indeed, compel—massive assaults on domestic freedoms that prudent defenders of the status quo would normally regard as self-defeating. Sure enough, Beijing’s campaigns of repression have already provoked backlashes from several directions at once. Western and Islamic governments, global human rights advocates, and United Nations bodies are censoring Chinese officials with greater boldness by the day.

Chinese people who once looked forward to wider freedom—like Hong Kong they often said—now see their future foreshadowed in the surveillance state of Xinjiang. The persecution of religion extends beyond Uighurs to Muslims in general and to all worshipers outside of state-control. And religion is just one of many basic liberties vanishing across the mainland.

Freedoms of speech, association, and legal representation are non-existent for most of the population. Even party members are prohibited from gathering in groups of three of more without prior permission—a sure sign that the supreme leaders trust no one, including their professed allies.

Most damaging of all is the growing hostility against ordinary Chinese citizens who travel abroad to study, work, and shop.

Most damaging of all, however, is the growing hostility against ordinary Chinese citizens who travel abroad to study, work, and shop. More and more, they discover that their nation is further than ever from enjoying the international respect they have craved for generations and hoped was finally in their reach. The sting is particularly painful in the Islamic world. Chinese people in all walks of life are feeling the disdain of Muslims in one country after another—lands where they until a few years ago they were unknown or welcome curiosities.

The revulsion is sharpest in the vernacular press and online media across Asia and Africa. In Indonesian, Malay, Urdu, Turkish, Arabic, and Persian, audiences gasp at a flood of films, photos, interviews, police records, and data sets—all testifying to cruelties too shocking to ignore.

Time after time, citizens learn that the inhumane treatment of Chinese Muslims is enabled by open collaboration of their own governments, the very politicians who try to outdo one another in claiming world leadership of Islam as a political and ethical force for creating a more just society.

These shifts in public opinion are perilous for rulers in the Islamic world as well as China. Silk Road dreams for hemispheric integration are dimming as great powers scramble for spheres of influence. China and Russia continue to pry Europe away from the Atlantic alliance, but they increase the risk of entrapment in new proxy wars across Asia and Africa.

In a quest for geopolitical advantage, China is casting its lot with the most despised reactionaries of Islamdom—the predatory generals of Egypt and Syria, the feuding tyrants of the Persian Gulf, and the fossilized police states of Central Asia. The overt persecution of political and religious dissent demolishes any pretense that Beijing will nourish the universalistic values of Chinese civilization to fashion a more ethical global order.

Having chosen such a calamitous course, China’s rulers will find it difficult to reverse direction. Limits on candid debate greatly reduce the possibilities of auto-correction or anything resembling political learning. The result is a drastic impoverishment of Chinese statecraft precisely when it most needs to help manage global crises instead of aggravating them. 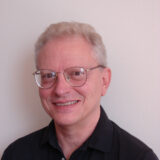