China, US heading towards trade war

While what is going on is clear protectionism, it may be a little early to call it a trade war. Though the primary goal is not to pick a trade war, this mutual display of strength raises the fear and possibility of one. 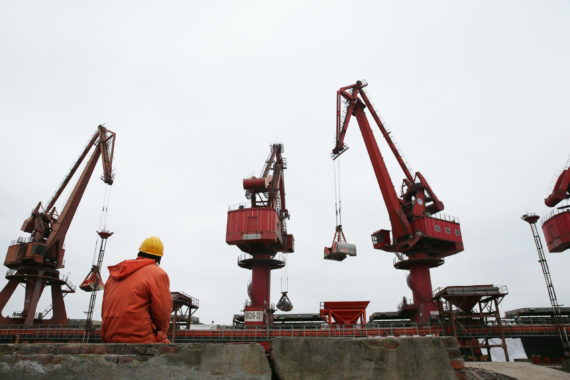 China is about to levy tariffs as high as 25% on 106 US import products shuch as airplane,soybean etc. on 04 April 2018 in Beijing, China. Getty Images

On March 22, 2018, the Chinese embassy in Washington stated, “China would fight to the end to defend its own legitimate interests with all necessary measures. China is not afraid of and will not recoil from a trade war.”

On April 3, 2018, the Trump administration published a list of 1,300 Chinese products exported to the U.S., which will be subject to tariffs worth 50 billion.

It is important to understand what a trade war is. A trade war, by definition of economists, begins when a second round of reciprocal tariff imposes occur.

The history of trade wars

As the upcoming U.S.-China trade war gets closer, knowing what happened during previous trade wars is important. One of the tariffs that the U.S. imposed in 1930 was the Smoot-Hawley Tariff Act.

This Act raised the tariffs on 20,000 imported goods in order to protect U.S. businesses and farmers. Of course, other countries retaliated these tariffs and this Act was believed to have exacerbated the Great Depression. Remember what followed the trade war and great depression… the Second World War.

Another example of this were the Reagan tariffs imposed on Japan in the 1980s. During his presidency, Reagan viewed Japan as a big problem. Once he was elected president, his administration restricted auto imports from Japan and imposed punitive tariffs. Even though Reagan was partly successful, it would be ambitious to compare Japan to China.

Reasons behind US moves

The U.S. has been the economic and political hegemon of world politics since the bipolar world order and was the hegemon power of the West during the Cold War. However, China has increasingly been challenging this hegemony in economics. Thus, one reason behind these tariffs is to protect the U.S. position in global economics, slow down the rise of China and strengthen domestic producers.

Another reason could be China’s behavior. China is growing rapidly by imitating and free-riding the liberal economic world. What President Trump emphasized and targeted are these features of the Chinese economy. More, it is obvious that the Trump administration no longer wants the U.S. to take a so-called “costly role” in world politics and economics.

While what is going on is clear protectionism, it may be a little early to call it a trade war. Though the primary goal is not to pick a trade war, this mutual display of strength raises the fear and possibility of one.