While diplomatic expulsion is not necessarily a new norm in international relations, expelling diplomats for solidarity’s sake is growing fast. 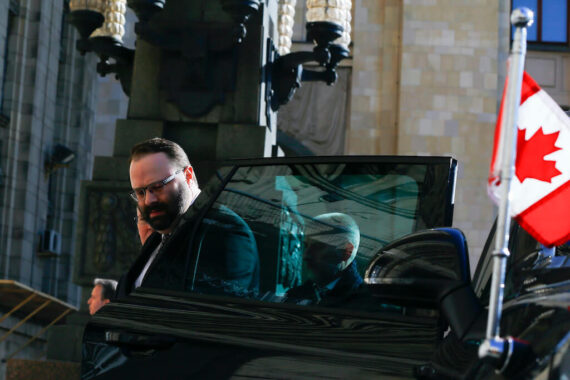 On 15th April 2021, the United States expelled 10 Russian diplomats over accusations of Russia meddling into the U.S. 2020 Presidential elections and the Solarwinds hack. Russia responded by declaring 10 U.S. diplomat’s persona non-grata on the same day. This interaction came just days after Biden’s proposal for a bilateral summit, signaling that beyond bilateral tensions, domestic political contexts play a role in the latest confrontational stance from Washington.

Public disclosure of expulsions is not required, implying that highly publicized announcements of such expulsions might have domestic value. While some uses of this tool are purely reactionary, more strategic examples of diplomatic expulsion can be traced to broader policy frameworks.

To maintain domestic support in Russia, Putin seems to utilize diplomatic expulsions to contest with enemies or spread anti-West rhetoric to Russians. Russia’s expulsion of diplomats from three EU countries as well as Ukraine comes amid an ongoing regional conflict. Domestic economic challenges and political tensions related to the inhumane treatment of Alexei Nalvany currently plague the Russian federation yet, Vladimir Putin doubled down in his latest state of the Union address on April 21, 2021.

He accused the U.S. and the West of bullying Russia, insisting that Russia has shown ‘restraint.’ Facing several domestic challenges, including economic and social challenges caused by COVID19, ‘sagging political ratings’ and parliamentary elections five months away, tit-for-tat expulsions vis-a-vis the U.S. and the West have domestic value to Putin.

Putin’s U.S. counterpart, Joseph Biden, will hope to reap political gains, both domestically and internationally, for adopting strong anti-Russia foreign policies. The Biden administration is committed to fulfilling campaign promises made to the American public, which includes punishing Russia for election interference and the SolarWinds Cyber-attack. His predecessor Trump avoided criticizing Russia’s action against the United States and praised Putin repeatedly, an action which contributed to his failed reelection bid alongside inability to handle the pandemic and civil rights protests.

A recent Gallup poll showed that 41% of Americans surveyed had unfavorable opinions toward Russia and 23% consider Russia one of the U.S.’s greatest enemies, second only to China.

The Majority of Americans believe Russia’s malignant actions contribute to domestic instability. A recent Gallup poll showed that 41% of Americans surveyed had unfavorable opinions toward Russia and 23% consider Russia one of the U.S.’s greatest enemies, second only to China. Given the crucial role public opinion plays in domestic politics in the United States, it is no surprise that President Biden has taken a strong stance against Russia, using economic sanctions and diplomatic expulsions to do so.

VIDEO: Why are so many diplomats being expelled?

In an international context, U.S. expulsion of Russian diplomats and accompanying economic sanctions signals to NATO allies that America is ready to take a tougher stance on Russia in events of provocations with Ukraine or other allies in Eastern Europe.

A recent Gallup poll showed that 41% of Americans surveyed had unfavorable opinions toward Russia and 23% consider Russia one of the U.S.’s greatest enemies, second only to China.

The Biden administration’s foreign policy approach to Russia is similar to Ronald Reagan’s Cold War approach to the Soviet Union. Both used diplomatic expulsions as part of a broader strategic framework to engage Russia. As Daniel Fried notes, the Reagan administration adopted a two-way approach in its foreign policy towards the Soviet Union. On one hand, he adopted aggressive policies including diplomatic expulsions, economic sanctions, support of Poland’s solidarity movements and arming of anti-Soviet resistance in Afghanistan.

Yet the Reagan administration also aimed to cooperate with the Soviet Union on issues of arms control and areas of cooperation in the Middle East. The Biden administration seems to be adopting the same two-fold strategy. Reported by New York Times, Washington’s recent economic sanctions and diplomatic expulsions to Moscow were followed by “a proposal for a summit at which the United States and Russia could shift to a more productive partnership on issues of common concern.”

What this Means for Global Politics

While diplomatic expulsions are not necessarily a new norm, expelling diplomats for solidarity’s sake is fast growing. Poland recently expelled three Russian diplomats in solidarity with the U.S. after it announced broad sanctions on Russia in retaliation for election interference. According to the reports from Reuters, Russia has responded by expelling five Polish diplomats.

In the same vein, Slovakia, Lithuania, Latvia, and Estonia have joined in solidarity with the Czech Republic to expel Russian diplomats in protest over allegations that Russian intelligence was involved in the ammunition depot explosion in 2014, Reuters reported. Most prominently was the joint expulsion of Russian Diplomats by 27 countries in a show of solidarity to the United Kingdom in 2018 following the poisoning of an ex-Russian spy and his daughter in Salisbury, England.

Diplomatic expulsions are low-cost alternatives to more aggressive actions like economic sanctions and military actions. While leaders may make calculated decisions about the use of expulsions as a foreign policy tool, the logic of these decisions is not necessarily separate from domestic political contexts.

Escalations will further split countries along ideological lines similar to that of the Cold War and this has extensive consequences. Abhinav Pandya discusses some of the consequences of Diplomatic Expulsions in his piece, Demystifying Diplomatic Expulsions. He suggests that NGOs, private companies, and journalists face uphill tasks working in countries involved in Diplomatic expulsions and counter-expulsions because they are likely to be subjected to stricter surveillance.

He further highlights Scott Stewarts opinion that “Governments tend to deploy Non-Cover intelligence” or illegals after episodes of diplomatic expulsions.” According to Stewart, this is dangerous as it could further degenerate into an intelligence war or ‘spy swaps.’

A Sergio Vieira di Mellow fellow at Geneva Centre for Security Sector Governance and a second-year M.A. candidate for the Diplomacy and International Relations program with a regional specialization in Africa.

A graduate student at Seton Hall’s School of Diplomacy and International Relations, specializing in International Law and Human Rights and Post-Conflict Reconstruction.