The transnational networks of FETO may eventually become a Messianic elite diaspora network that may not only threaten Turkey’s interests but also manipulate the politics of the host countries. 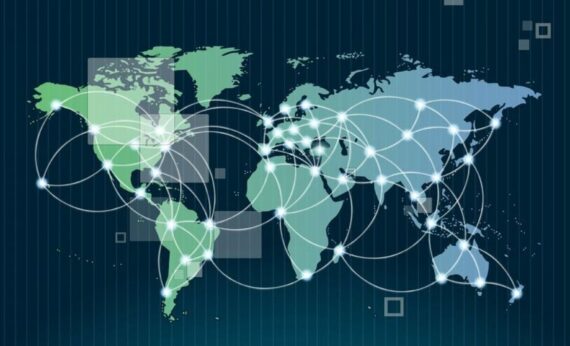 Before trying to topple the democratically elected government in Turkey through a military coup, the Gülenist Terror Organization (FETO) presented itself all over the world as a moderate transnational religious network. Although the AK Party government and President Erdoğan have tried to reveal the extremist face of FETO since 2013, this warning has received little attention outside of Turkey. In the aftermath of the July 15 failed coup attempt, which caused the deaths of more than 240 Turkish citizens and injury to more than 2,000 people, the new challenge for the Turkish government is to convince the West of how extremist the members of this terror group can be. Despite the failure of the bloody coup, the Gülenists still pose a significant threat to Turkey and the wider world.

IslamophobiaBy Mert H. Akgun
It is a difficult but equally vital task for Turkey to fight against this terror organization abroad, considering that FETO members are very skilled in manipulation and deception. They have various tools to manipulate politics and public opinion outside of Turkey. Most people are unaware of their methods of deception. Revealing these methods and informing the countries that host FETO institutions will be a major challenge in the fight against Fetullah Gülen Terror Organization.

From an Education Empire to a Bureaucratic Empire

The FETO network and institutions are spread over more than 140 countries. Their main focus is the education sector, but their activities are not limited to it. Education is often a suitable and legitimate entry point to the countries in which FETO wants to become institutionalized. It concentrates its activities in civil society, targeting Turkish diaspora first and trying to reach the local elite. It continues its activities in the economic and cultural domains.

In the American context, FETO controls the charter schools network and uses US taxpayers’ money to finance these schools. FETO administers more than 150 charter schools in the US and these schools have more than 60,000 students. Some argue that FETO works in close cooperation with the US authorities, especially in Central Asia, where more than 90 percent of Turkish schools are owned by the FETO network. In Central Asia and the Balkan countries, it operates elite education institutions that usually offer strong training in the English language.

FETO has institutions in 42 of the 57 OIC countries and owns more than 2,000 schools all over the world. Its estimated assets reach 25 billion US dollars. Education institutions and well-trained teachers loyal to FETO are among its most important assets. In Germany, FETO owns more than 24 schools and more than 300 associations. The host countries often support or facilitate their education activities. But, in fact, FETO activities are banned in some countries due to security concerns.

FETO also instrumentalizes humanitarian aid with its affiliate NGOs. It tries to form business networks and aims to reach politicians, bureaucrats and other decision makers. It uses cultural and educational activities as the fundamental pillar of its PR campaign. Education, Turkish culture and the alleged Sufi version of “moderate Islam” are the major assets that FETO utilizes for legitimizing its operations in the international arena. It also lobbies business environments and politics but tries to differentiate the political and economic domains from those of culture and religion. Some politicians and religious NGOs in the US receive financial support from FETO. Education is often a useful cover and a source of funding to uphold its clandestine activities. It eventually targets and tries to manipulate elite-level bureaucratic and political posts.

FETO places special emphasis on PR campaigns in the transnational domain. Its education and “dialogue” activities are the main PR instruments. Inter-faith dialogue provides a platform on which FETO’s religious activities are concentrated. In the non-Muslim majority countries in particular, FETO tries to promote inter-faith and inter-cultural dialogue projects. The moniker of a FETO-affiliated institution gives the impression of a dialogue center promoting a “liberal and pro-dialogue” version of Islam as opposed to a more conservative or extremist version. It tries to portray its understanding of Islam as compatible with Western moral codes and political interests.

In its activities it refrains from presenting itself as solely an Islamic religious network or missionary Islamist network that tries to spread a religious message. It uses the label of hizmet (service) rather than da’wah (preaching of Islam). FETO’s transnational network is flexible, meaning that it tries to adapt to the priorities and needs of the countries in which it wants to become institutionalized.

FETO is a hierarchical and multilayered organization, ruled under a strict chain of command. In both Turkey and abroad, it targets elite-level students, businessmen, bureaucrats and politicians. It recruits smart students in the countries in which it operates and provides education opportunities in the higher education institutions in Turkey. It tries to form a permanent bond with the selected international student body. Before they were closed, FETO owned 15 universities in Turkey, and was also active in the administration of some state universities. Thousands of international students are educated in these higher education institutions. FETO maintains strong ties with the students educated in these institutions and further turns them into loyal subjects by appointing them to proper positions within the organizational hierarchy.

FETO is a network that concentrates its activities on the elite, rather than focusing on making a difference at the grassroots level. Unlike other traditional religious networks, it is not in the service of ordinary people. Almost all activities related to this organization specifically target the elite or potential elite of different kinds. It tries to reach high-level politicians or to train the people who will become elite bureaucrats or cultural and economic elites in their home countries. Focusing on education brings FETO legitimacy, which also helps it to become connected to the future elite in various countries. The version of education it offers is a modern Western-style education. It lacks almost any Islamic courses in its international curricula, a typical method used to disguise its real purposes. In underdeveloped countries that lack educational infrastructure, the strong education provided by FETO-affiliated institutions makes a big difference. One of the distinctive assets of FETO is the well-educated human resources that are ready to serve in different parts of the world.

The transnational networks of FETO may eventually become a Messianic elite diaspora network that may not only threaten Turkey’s interests but also manipulate the politics of the host countries. The FETO network increasingly recruits local followers from the countries in which it has become organized. Education is the innocent stage of recruitment, but the organization intends to increase its influence in bureaucracy and state apparatus. With its financial resources and educated human capital, it also manages to gain access to politicians and the business elite. Its visible face is in the areas of education and religious and cultural dialogue, but its secret aim is usually to take control of state apparatus and to manipulate the elite. Its members have gained experience of hiding themselves and deceiving people over more than four decades. Now, the main challenge for the Turkish government is to deal with the transnational dimension of FETO. Without the coordination and help of the countries that host FETO institutions, this struggle will be even more challenging. Therefore, diplomacy and international PR should be an important tool used in the struggle against FETO.