Diyarbakır: How far from Normalization?

Actually at this point, Kurdish youth need to have a new dialogue without any type of violence or hatred. What Kurdish youth really needs is to have a positive agenda to focus on their future’s plan, especially in terms of education and employment. 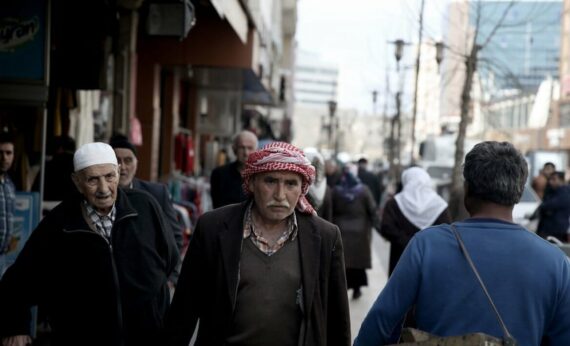 About this time last year, the government took a firm action against the PKK and started anti-terror operations in Diyarbakır. There were clashes in several districts of Diyarbakır, including Bağlar and Sur, but it was in the latter, an important headquarter for the PKK, that the most intense operation took place. These operations lasted almost three months in Sur district and consequently thousands of people have been affected by these clashes.

OpinionBy Hazal Muslu El Berni
Last week we visited Diyarbakır, where we met the Governor of Diyarbakır, Huseyin Aksoy, about the reason why operations in Sur lasted longer than other terror operations in the region. Governor Aksoy said that the operation took longer than expected because the government was being careful not to cause any civilian casualties. Aksoy said security forces were ordered to be very careful and responsive to locals during that process. And he added the operation took so long because of the PKK’s trenches, hundreds of which had been dug across Sur’s narrow streets. Almost 23,000 people living in Sur had to leave their houses, in order to avoid being caught in the clashes. The office of the Governor of Diyarbakır put some of these displaced families into hotels and some into guesthouses. The rest of the displaced moved into their relatives’ houses. It should be pointed out that this displacement is not a positive situation, and locals need a sustainable way to continue their lives. Right now, the displaced have no good memories about having to leave home, but there was no other choice for the government, because the PKK could use them as human shields.Sur is among the most disadvantaged districts in Diyarbakır. The PKK targeted Sur on purpose, because the region’s most fragile and poor people live there, that’s why PKK terrorists could easily force them to leave their homes, or threaten and intimidate them into doing what the terror group wanted, even forcing some to give their children as fighters for the PKK. It is very similar to DAESH’s strategy of recruiting fighters from largely Muslim ghettos in France, for instance.Meanwhile, interestingly, there was not even one ditch in the Diclekent or Kayapınar districts of Diyarbakır, where many prominent figures like Selahattin Demirtaş, Altan Tan live. To be sure, there are hundreds of possible reasons behind the PKK’s choice to stay out of these areas, maybe Selahattin Demirtaş living there is one reason, but there are some other reasons we need to analyze properly.

Interestingly, there was not even one ditch in the Diclekent or Kayapınar districts of Diyarbakır, where many prominent figures like Selahattin Demirtaş, Altan Tan live.

Most of the PKK’s funders are businessmen living in Diclekent and Kayapınar, where you can find very luxurious restaurants, coffees and houses. In a sense, the PKK could not touch their lives, their comfort zone. While these financiers were responsible for the PKK’s operations, they lived in neighborhoods far removed from the consequences of their funding.

We could not easily say that Diyarbakır’s sociology is fine now. The people of Diyarbakır look a bit tired and confused. Tired of being instrumentalized by the PKK and the HDP. But somehow people are trying hard to return to their ordinary lives.

When we walked around the streets of Sur, we saw that people could finally open their shops up, because the PKK, which used to intimidate them into closing their shops to send a political message, was no longer around. Another interesting situation is that interest in any gatherings or protests has gone down. In 2015, for Nowruz celebrations, almost 200,000 people gathered in Diyarbakır, however in 2016 only 18,000 people gathered to celebrate the festival, despite frequent calls from the HDP and the permission of the Governor of Diyarbakır. Can we conclude that people were afraid of going out and celebrating Nowruz? Absolutely not, we can conclude that people are very tired and from now on they just look for peace in Diyarbakır. Nowruz, a traditional new year celebration, used to turn into a pro-PKK protest praising all types of violence and threats against Turkey’s solidarity. Because of this over politicized and violent discourse at the festival in Diyarbakır, people no longer want to participate in this so-called “cultural celebration.”

One evening during our stay in Diyarbakir, Aysel Tuğluk, HDP’s leading deputy, was taken into the custody. I was around the Diyarbakir Court House incidentally, and surprisingly, there was no one in front of the courthouse for protesting this decision. I checked media coverage to see if people were not aware of it, but in fact there was plenty of breaking news about the detention. Yet there was not even one person to protest. In short, the people of Diyarbakır ran out of patience, and they have no tolerance for any calls for violence or clashes. They just want to return to their normal lives without any terror, any clashes, and any threats from the PKK and HDP.

The people of Diyarbakır ran out of patience, and they have no tolerance for any calls for violence or clashes.

They are silent and passive to all the things happening around them. This current situation in Diyarbakır is a kind of sociological gap. People have some ideological and political hesitations about what they really should do. Some of those I met put lots of stress on the question of what would happens if the government sits at the negotiating table with the PKK again? Despite the all anti-terror operations, all the political discourse against the PKK and HDP, people are still keeping this possibility in their mind. And they are afraid of this scenario, in which the PKK gets control again and takes revenge on the people. The government must gain the confidence of the people about these fears; otherwise this gap could create a boomerang effect against the normalization process of the city.

The Need for a Social Risk Map

To capture the full Diyarbakır picture, there is an urgent need for a social risk map of Diyarbakır. Mapping the social risks in the city, actually in the region as well, is the most important preliminary work before applying social policies. This means putting together a general picture of potential risks to the communities of Diyarbakır. An index could be developed to figure out the most fragile parts of the social structure, which may include: average household income, the unemployment rate (especially for youths), mobility over one year, drop-out rates at schools, crime rates and so on. After this, the most fragile parts can be identified, and social policies can be applied according to this index.

For now, the Governor and the municipality conduct some social projects for youth in particular. To build more sport centers and to renovate youth centers in the city, the Ministry of Youth and Sport has recently provided 16 million TLs. The Ministry of Family and Social Policies also provides similar funds for rehabilitation works. This support is very significant, but still needs to be systematized by the social risk map created, according to the social needs of the city.

Academics living in Diyarbakır point out that young people are radicalized by the racial and violence oriented narratives of the PKK and HDP.

While doing this, there are two important priority areas: education and religious affairs. Almost all people we met in Diyarbakır, academics, public authorities, NGOs pointed out these two significant areas. If the government and local authorities could create long-term coherent policies for education and religious guidance, normalization could be achieved in Diyarbakır. Otherwise in a couple of years, we may witness the same clashes in the city’s ancient streets.

Academics living in Diyarbakır point out that young people are radicalized by the racial and violence oriented narratives of the PKK and HDP. This increases the anxiety of the youth in the city, and makes them vulnerable to being instrumentalized for street clashes. Now families are looking for alternatives to save their children from the threat of the PKK and HDP. Public authorities and NGOs have to put forth alternatives to rehabilitate the young people of Diyarbakır. Actually at this point, Kurdish youth need to have a new dialogue without any type of violence or hatred. What Kurdish youth really needs is to have a positive agenda to focus on their future’s plan, especially in terms of education and employment. In brief, any social policy or project that does not reach the youth will not succeed in ensuring a normalization process for the communities in Diyarbakır.

Also Read
Who Represents the Kurdish People?
We use cookies to optimize your online user experience. To learn about our use of cookies and how you can manage your cookie settings, please see our Privacy Policy. By continuing to use our site you are excepting our use of cookies.Accept Cookies & CloseMore Info