The Pentagon’s agenda for Syria lacks strategic guidance and it is short-sighted and single-minded as it prioritizes the U.S. partnership with the YPG-dominated Syrian Democratic Forces over U.S. long-term interests in the Middle East. However, the internal U.S. wrangle over their policy will most likely continue. 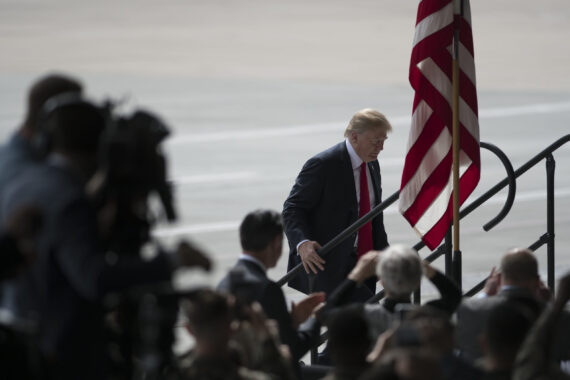 U.S. President Donald Trump announced that the U.S. will be “coming out of Syria, like, very soon. Let the other people take care of it now.” However, Trump previously promised the Turkish president Recep Tayyip Erdogan that he will immediately stop arm deliveries to the YPG in Syria, which didn’t happen. As the Pentagon’s 2019 Budget projection illustrates, the Pentagon predicts that U.S. troops will not leave Syria at least until the end of 2019. Within the State Department there is an internal dispute about U.S. policy on Syria. However, it’s not the Trump administration who seek to leave Syria soon, but the military and Pentagon deciding on U.S. affairs in Syria. Pentagon, CENTCOM and SOCOM are prioritizing their partnership with the YPG-dominated Syrian Democratic Forces over U.S. long-term interests.

The Obama administration decided to work with the Syrian branch of the PKK in order to fight Daesh. The US-YPG cooperation to fight Daesh rapidly advanced to a strategic partnership in Syria. Pentagon and CENTCOM’s partnership with the YPG-dominated Syrian Democratic Forces expanded to more than just fighting Daesh as U.S. soldiers joined a demonstration against Turkey in Manbij where Abdullah Ocalan posters and pro-PKK banners were seen everywhere.

Over time, the U.S. Army established at least 18 military bases in Syria, except two in south Syria. All of them are located in areas controlled by the YPG. Two of the military bases in northern Syria are used as military airports where U.S. Apache helicopters are stationed.

In addition to the military bases in northern Syria, which indicates the U.S. projection to stay long, the Justification for Fiscal Year 2019 Overseas Contingency Operations (OCO), Counter-Islamic State of Iraq and Syria (ISIS), Train and Equip Fund (CTEF) foresees the U.S.-YPG partnership in Syria at least until the end of 2019. The Pentagon’s budget projection for support to the YPG in 2019 doesn’t hint at big clashes and military operations against Daesh, but rather depicts a growing U.S.-YPG partnership.

300 million U.S.-dollars are planned as funds for the U.S.-YPG partnership in 2019. While half of the funds are reserved for weapons, ammunition and vehicles, 12% are planned to be invested in military bases costs and transportation costs. One third of the budget is expected to be spent in operational sustainability.

In contrast to Trump’s declaration to withdraw from Syria, policy makers in the U.S., the military and Pentagon reportedly have other plans.

While for now the requested budget for the “train & equip” program in Syria for 2019 has to be accepted, the budget program for 2018 is already ongoing. It is unclear if the budget projection for 2019 will be blocked by the Trump administration, but until the end of 2018 the program will continue.

The increase of directly paid militants to 65 thousand until the end of 2018, the maintenance of military bases and the continuing support for the YPG even long after the forecasted end of Daesh in Syria suggests that the U.S. will remain in Syria for a long time, with their new strategic partner: Marxist-Leninist YPG militants.

President Donald Trump told his advisers he wants an early exit of U.S. troops from Syria and he publically announced, “We’ll be coming out of Syria, like, very soon.”

A short period after Trump’s announcement, Brett McGurk, U.S. Special Envoy for the Global Coalition to Defeat ISIS said at the U.S. Institute for Peace in Washington: “We are in Syria to defeat ISIS. That is our mission and our mission isn’t over and we are going to complete that mission.”

Brett McGurk’s statement that Turkey failed to advance along the Marea line, but that the SDF (YPG) have been very successful, especially in Manbij, shows how short-sighted and single-minded the perspective of U.S. cadres in charge of U.S. policies around Syria are. Much wrong his statement is in military terms, as Operation Olive Branch illustrated, both politically and logically it is not a smart idea to compare a NATO army with a militant organization.

Shortly after Trump declared his intention to leave Syria, the U.S. Army were busy in establishing new military bases around Manbij in order to protect a designated terrorist organization from its NATO ally Turkey and the Syrian Opposition factions who were supported by the U.S. as well. The establishment of two additional bases in the Manbij region should not only be seen as a message to Turkey and the Syrian Opposition, but also a message towards internal conflicts within the U.S. as the bases became public after the announcement of the President.

The U.S. military deciding on the country’s foreign policies and its relations with other allied states is a story we’ve seen before in Syria. Shortly before the visit of former U.S. Foreign Minister Rex Tillerson, Maj. Gen. Jamie Jarrard, the Special Operations commander said: “We’re very proud of our positions here, and we want to make sure everybody knows it.” Lt. Gen. Paul Funk who accompanied Jamie Jarrard on his visit to Manbij went further and said: “You hit us, we will respond aggressively. We will defend ourselves.”

The U.S. Foreign Department under Rex Tillerson tried to find another policy for the Syrian crisis, especially regarding NATO ally Turkey. His dismissal is also a de-facto end to his efforts to de-escalate tension between Turkey and the U.S. over U.S. support for YPG militants. As Anadolu Agency reports, the U.S.-Turkey working group meeting has been delayed until the new U.S. Secretary of State takes office.

U.S. SOCOM commanders are growingly frustrated at policymakers in Washington for a lack of strategic guidance to further the counter-Daesh mission according to a report by NBCNews. The limited military view of SOCOM commanders backs their partners in the Syrian Democratic Forces more than U.S. strategic long-term interests.

Trump agreed in a National Security Council meeting this week to keep U.S. troops in Syria a little longer in order to defeat Daesh but wants them out relatively soon, a senior administration official said on Wednesday.

However, it seems that it is the Pentagon and CENTCOM who decide over when to finish Daesh entirely in Syria. As known for followers of the Syrian war, the International Coalition stopped fighting Daesh and months before the start of the Operation Olive Branch.

Later, Pentagon and CENTCOM blamed Turkey’s Operation Olive Branch for their pause in fighting Daesh, merely because YPG militants left the frontlines in order to fight against the Turkish military and Free Syrian Army. In reality, this development made clear that the so-called Syrian Democratic Forces are dominated by the YPG, disabling any military operation if the YPG militants refuse to fight.

While once the International Coalition conducted up to 1500 airstrikes per month in summer last year, the number of airstrikes against Daesh have been reduced to below 150 per month this year according to Press Releases by Centcom.

On the other side, according to Associated Press during the National Security council meeting, Trump insisted for a rapid withdrawal from Syria. As has been reported, the President was presented with several consequences that would occur if the U.S. were to remain in Syria, and only one if they were to withdraw – which was that with full withdrawal, Russia and Iran would take advantage.

The Trump administration has not the political vision and capacity for a genuine Syria policy. The weakened administration has effectively empowered the military over deciding on issues relating to foreign policy and issues that will have long-term impacts on U.S. relations with regional actors. The Pentagon’s agenda for Syria lacks strategic guidance and it is short-sighted and single-minded as it prioritizes the U.S. partnership with the YPG-dominated Syrian Democratic Forces over U.S. long-term interests in the Middle East. However, the internal U.S. wrangle over their policy will most likely continue.