Echoes of Rasputin in the Modern World

The cases of South Korea’s Choi Soon-sil and Turkey’s Fetullah Gülen show that individuals, even those of who occupy important positions, may be motivated by emotional and irrational thinking, instead of the rational reasoning. 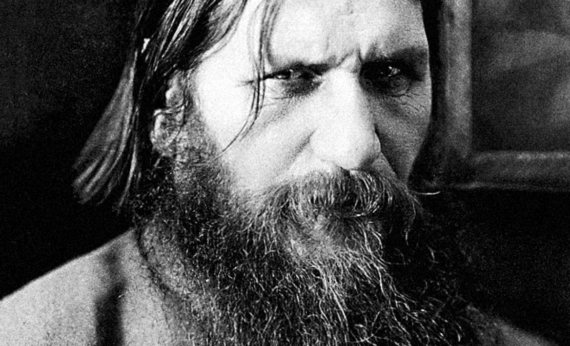 Rasputin, a Russian peasant, later trusted counselor to the last Romanov family, was widely perceived as being the power behind the Russian Tsar. He became famous for his mystical healing abilities, later building a close relationship with the inner circle of the Tsar. He became legendary due to his mystical character and was rumored to exercise “mind-control,” as well as projecting power over all state apparatus from foreign issues to domestic affairs. It seems history is determined to produce similar stories over time, again and again. In today’s world, these stories sound like a national myth, or a computer game, or a fictional character from Arthur Canon Doyle’s stories, or a conspiracy theory based on a Hollywood movie. But here is the interesting part: echoes of Russia’s past can be heard even in 2016.

WorldBy Belkıs Kılıckaya
It is quite hard to believe the existence of Rasputins in a world where we consider politicians as solely pragmatic and voters as rational decision makers. However, both South Korea’s Choi Soon-sil and Turkey’s self-exiled cult leader Fethullah Gülen give us an idea how such an illogical, irrational influence on people can be established over time to be able to hold political and economic power even without attracting the media spotlight.While most media outlets focused their attention on the American elections, the streets of Seoul were filled with hundreds of thousands of people marching against President Park Chung-hee, calling for her resignation. Her approval rating reached its lowest level since she took office. Park is accused of giving official information, state secrets and transferring money to a mysterious woman, Choi Soon-sil, who has no official post, but has been the President’s closest friend. Some in South Korea say that it’s not the corruption they are shocked by – they have experienced many corruption scandals before – rather it’s the irrational behavior of their leader they find scandalous. Here is a bit of background.

Current president Park Geun-hye is the daughter of the former authoritarian president of South Korea, Park Chung-hee. Her father come to power by military coup in 1961 and stayed in power for two decades, until his assassination in 1979. That was not the first assassination attempt he saw, 4 years prior to his death, a North Korean spy had tried to kill President Park, but the assassin accidentally killed his wife, Yuk Young-Soo.

It is during this tumultuous time, after her mother’s death, that Geun-hye became susceptible to anything linking to her deceased mother. Very soon after her mother’s funeral, she met Choi Tae-min, who was a former soup factory worker, later pseudo-Christian (or some say shaman) cult leader claiming to heal people. Much like Rasputin, here was a rags-to-riches story of a soothsayer.

Choi Tae-min convinced the former dictator’s daughter that her mother did not die completely. Rather she had left an open path to reach her daughter when he saw her mother asking for help in a dream. Building a relationship with someone in such a vulnerable state, Choi was able to gain her trust and started to take advantage of this relationship. As a result, he collected a fortune based on his informal relationship with the president’s daughter. That type of relationship also gave him the power to enter into business dealings and to further expand her interests.

Many years after Park’s death, when finally South Korea had embarked upon a democratization process in 1987, Park Geun-hye appeared again on the political arena but this time not as a president’s daughter, but as an ambitious politician competing for parliament. After her long political career, Park Geun-hye finally got elected as President of South Korea in 2012. With Park’s election, Choi’s daughter Choi Soon-sil – characterized by the American embassy in Seoul in a WikiLeaks cable dated 2007 as the “Korean Rasputin” – allegedly became the power behind the throne. Choi, it is said, took full control of government, from preparing important speeches to gaining access to official secrets, and the Choi family transformed the Presidency into a puppet.

These shocking allegations have been revealed only recently. People have learnt about the relationship between the Choi family and Park Geun-hye, which had begun very early on in her life and continued seamlessly at every stage of Park’s success. The first event which exposed this dangerous sham was when Choi Soon-sil’s daughter was unfairly accepted to Ewha Womans University, a prestigious university in South Korea. This was the catalyst for wide spread protests, the perception that the “university entrance exam was the only way to climb the social ladder,” as was remarked by Kwon Jong-sang, a South Korean blogger, and through nepotism, the exam had been removed as a requirement for the powerful.

The interesting thing is that the Gülen cult works in much the same way. Suspicion was first raised about the organization when rumors emerged that exams for the military, police and other government institutions were stolen. Rigging the exam process to gain access to the state was seen as a crucial goal to attain power in the long run.

When it comes to the Turkish case, we see a similar pattern. An organization which tries to capture political power and state institutions using “celestial” power established in a long and historical context, with some differences. Fethullah Gülen, the cult leader just like father Choi, followed a more institutional path in order to gain power. While Choi had convinced the top of government directly, Gülen placed his loyal followers into the government and the state, step by step. The term “state infiltration” may be a Hollywood-style term for Westerners, but it was the exact case in Turkey. Gülenists had started the infiltration many decades earlier. He had even urged his followers to secretly infiltrate the state in a private meeting.

In terms of methodology, whereas the Chois were using pseudo-Christianity or according to some sources, shamanism as a base for cultic features, Fethullah Gülen’s was using Islamic teaching as a base for his miraculous, divine abilities.

Firstly, he had positioned himself above all other humans, and he was even setting up “meetings” with Prophet Muhammad every Thursday, according to one of his former followers. Probably in one of those meetings, he even received an order from the Prophet for “doubling the tweets” (referring to the tweets for the battle against the government by his followers in 2013). He also said that the Prophet came to the International Turkish Olympiads, an annual Gülenist event. After convincing his followers of his superior position, all members became ready for any order coming from the top of the pyramid.

Secondly, Gülen started establishing huge networks, foundations and businesses as well as collecting money from members. Even if some fundraising ended up being used for lobbying activities for Hillary Clinton, because the members are strictly tied to the cult, no objection were ever raised.

Thirdly, the most significant part was education. As mentioned above, many of his followers were stationed in police departments, army, judiciary, political parties, media etc. According to a statement from a military official facing charges of being a leader of the July 15 coup attempt, the military entrance exam’s questions were given to Gülenists as early as 1989. The long-term purpose of education was clear: to raise students from rural areas and use the promise of upward social mobility to make them loyal in order to carryout given tasks. When the government realized how it was entirely surrounded by Gülenists, it was very hard to get rid of the virus all at once. After all, it was a group of people hypnotized by a Choi-ish style, not rational foes.

Most people assume others, including political leaders, behave rationally, as is described in game theories. But the cases of South Korea’s Choi Soon-sil and Turkey’s Fethullah Gülen show even in our “modernity” this may not be the case: individuals, even those in important positions of responsibility, may be motivated by emotional and irrational thinking, instead of the rational reasoning one would expect from modern theories of political science.

Selim Yaman works for TRT World. Yaman recieved his BSc from Economics Department at Bogazici University. Currently, he is a graduate student at Political Economy of Development, SOAS.

Go to Top
Also Read
The End of US Dollar? More Countries Use National Currencies in Trade