Below the iceberg, Gülenism has a real face, a dark obscurantist zeal for world domination, in terms of its goals, and the path chosen to achieve them contradicts almost everything that is Western. As this Janus-faced structure of the Gülenists unfolds, the interests and ideals of the West will fall apart. 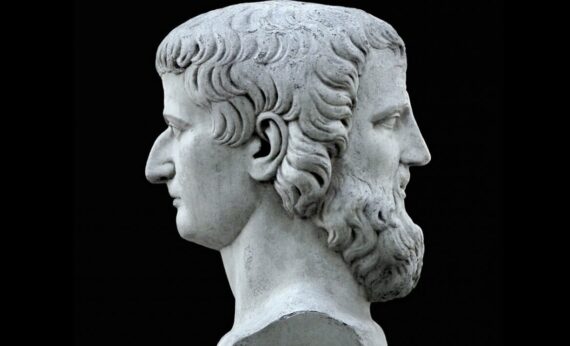 The Gülenists, led by US-based cleric Fethullah Gülen, is allegedly behind the failed coup attempt of July 15 in Turkey. Thus, according to existing international norms and conventions, Gülen is to be extradited to Turkey upon the Turkish state’s request. Turkey has officially requested Gülen’s extradition; however, the Obama government is tending to balk. This shuffling on the Obama government’s part stems from the US’s concerns to protect its national interests in the Muslim world. Indeed, Western media outlets are at pains to create an image that there is an ostensible overlap between Western interests and the Gülenists’ survival. This is predicated on the crooked belief that, among Muslims, the Gülenists are closest to the Western political ideals and ways of doing things. This is epitomized by labelling the Gülenists as “good” Muslims.

SecurityBy Serhan Afacan
At first glance, this may appear to hold some truth, given the Gülenists’ overt allegiance to liberal-democratic politics and in general to Western ways of doing things. Yet, below the iceberg, Gülenism has a real face, a dark obscurantist zeal for world domination, in terms of its goals, and the path chosen to achieve them contradicts almost everything that is Western. Gülenism is rather a radical nihilist subject, which is antagonistic to liberal modernity.Indeed, in the process of transition from a traditional to modern society, there emerge three generic types of subject. All of these types of subject are alternative responses to the question of how to handle the relationship between man and the outside world. In traditional society, the subject was conceptualized as an organic part of society and in which society was understood to be a transcendental and unchanging moral totality. The shift to the modern era has resulted in the loosening of society’s grip on the subject. The subject has become morally autonomous and free of society, but only at the cost of alienation. In other words, collective societal values have become optional, not a necessity for the subject. The subject has become “homeless” and is required to find meaning in order to continue its moral integrity on its own.Thus, in the modern era we have three generic types of subjectivity. The first is the Nietzschean “Last Man.” The Last Man is the subject that approaches alienation with open arms. Its motto is “world without values.” It rejects the values or collective responsibilities that overcome the individual for the sake of the bodily pleasures of the material world. The politics of the Last Man, the subject of negative nihilism, consists of apathy towards politics, therefore succumbing to individualism and limitless hedonism.The subject of radical nihilism, on the other hand, goes in the opposite direction. Its motto is “values without world.” It lives for higher values and is always ready to sacrifice its life for transcendental values that cannot find space in the world. It has a tense relationship with the outside world. Hence, its politics is shaped by either becoming introverted, like post-Ancient Greek stoics or the Dostoyevskian “Man of the Underworld,” in order to ease the pressure of worldly existence, or by becoming extroverted to destroy the world, like the fundamental terrorist groups such as Daesh in the modern era, for the sake of values.

The last form of subjectivity rests on positive nihilism. The motto of a positive nihilist is “world with values.” It embraces both values and the world by redefining the relationship between them. It follows not transcendental values, which are rather given and ahistoric, but immanent values, which are socially constructed and historical. So, it embarks on creating new values from scratch. It approaches the world as neither a valueless place nor a place antagonistic to its values. It strives to create itself and a world by constantly creating novel values. Its politics, therefore, hovers over the search for human emancipation, seeking more humane life here and now.

Who is a Gülenist?

What about Gülenism? With what type of nihilism is the Gülenist affiliated? What are the basic tenets of Gülenist politics? In fact, a typical Gülenist is a radical nihilist, blending its offensive and defensive forms. It attaches itself to a set of transcendental values, which it thinks of as alien to this materialistic and ungodly world. With its fellow Gülenist members, it withdraws from the world and builds up a parallel universe, at the center of which the Messiah figure of Fethullah Gülen resides. Like a typical stoic, it rejects the world for the sake of its own values and for an unfettered moral life within its community. It rejects the outside world to enjoy inner freedom in its cosmic world. Up to this point, Gülenism is similar to any other collectivity of hermits, or a typical religious group that is disenchanted with modern life. Indeed, this is the image the Gülenists strive to present to the general public.

Unfortunately, there is more to Gülenism. It might sound odd, but the Gülenists act with a motivation to conquer the whole world. Hizmet (to be in the service of the whole of humanity) is a key word that defines the movement. It should be noted that the Gülenists operate in more than 100 countries across the globe. Gülen establishes his sermons on the theme of entering the hearts of the local people by offering various kinds of service, such as education and health, and talks highly of those “soldiers of Hizmet.” The mission of the soldiers of Hizmet is not only made up of helping people where they operate but also to marry the daughters or relatives of local notables to garner political influence for the cause. In each country, by enlarging its clout in civil society and infiltrating state apparatus, the Gülenists strive to control the strategic posts of power. This amounts to amplifying the Gülenists’ parallel world step by step and society by society towards the outside and, in the end, uniting the whole world under its own parallel world.

To achieve this, Gülenists pose a Janus-faced personality. This hypocritical personality speaks two separate and somewhat contradictory “languages.” With the “outside people” (a generic label given to non-members by the movement), the Gülenist talks like a typical individualist liberal-democrat; within the boundaries of its closed community, it communicates through an esoteric language that incessantly reminds the members of their collective responsibilities and the importance of self-sacrifice for the cause. It praises the society of free and equal individuals in its media outlets as it interacts with the general public, yet within the boundaries of its community it is allowed nothing but a very strict hierarchical structure that has formed around an infallible and omniscient Messiah figure.

Moreover, it talks around the importance of dialogue and tolerance among individuals and societies in the public sphere but does not hold back from resorting to build up exclusive and closed areas of control for itself in society behind closed doors and to use all kinds of violence against those whom it thinks of as an obstacle to its sacred mission when the opportunity presents itself. Hence, it abides by two completely different registers of morality. It does not hesitate to act completely in contrast to its value-system or pretend in order to hide its real self in the outside world. In Gülenism’s lexicon, this act of dissimulation and infiltration is of central importance, and is known as takiyye or tedbir.

Thus, eventually, Gülenism has grown from being a collective of introverted stoic-type radical nihilists to a collective of extroverted Daesh-type radical nihilists. It has slowly evolved from a figure that turns its back to the world to enjoy inner freedom and repose, to a figure that embarks on destroying the world of others for the sake of its own parallel world. This evolution from defensive to offensive radical nihilism has gradually progressed and reached its prime on the bloody night of July 15. Indeed, Gülenism is a clandestine terrorist organization acting outside the legitimate boundaries of democratic politics, attacking the very values of freedom and equality upon which the West was built. In short, it is remote and detrimental to the ideals of the West.

Why should not the West support the Gülenists?

As this Janus-faced structure of the Gülenists unfolds, the interests and ideals of the West will fall apart. The growing discrepancy between the faces, therefore, will put pressure on the West to make a hard choice between its interests and ideals. Until now, the West has seemed to side with interests, putting ideals on the back burner. Indeed, to recover the emergent contradiction between interests and ideals after July 15, the media outlets have been inundated by coverage that struggles to carve out a convenient narrative of the event. This has encapsulated various forms of coverage, such as denying the reality of the coup attempt, turning a blind eye to the Gülenists’ involvement in the coup and putting the spotlight on the purges of the Gülenists by state apparatus after July 15.

Nevertheless, in the long run, protecting the Gülenists will inextricably harm Western interests. Political actors are supposed to perform their identities through their actions as long as they want to maintain the existing definition of who they are. Therefore, sacrificing ideals to interests to such an extent may unleash an identity crisis and disrupt the actors’ ethical integrity. This may deepen the thriving problem of democratic deficit, which has been instigated by the ever-growing distance between the elite and the common people in the West. The rise of right-wing populism that is underway across the West may find more room to flourish and finally lead to a wave of political instability.

Moreover, not living up to its own ethical-political standards will also significantly erode the West’s moral standing in the international arena. True, hard power calls the final shot; however, soft power is a necessary ingredient for an efficient foreign policy and determines success in international politics. The loss of moral superiority and prestige will enervate the West’s leadership in world politics. In a nutshell, Gülenism is the fatal dagger to the very heart of the Western worlds’ ethical-political ideals and to its strategic interests as well.