Economic Reflections of the Failed Coup Attempt in Turkey

Reminding of its credible history in terms of ability to repay, and underlining the ongoing efforts for strengthened political and economic prospects, Turkey invites all interested global associates to closely witness its sincere dedication to a bright future. This Q&A evaluates the initial impacts of the failed coup attempt of July 15 in Turkey and discusses its implications for the country’s economic prospects. 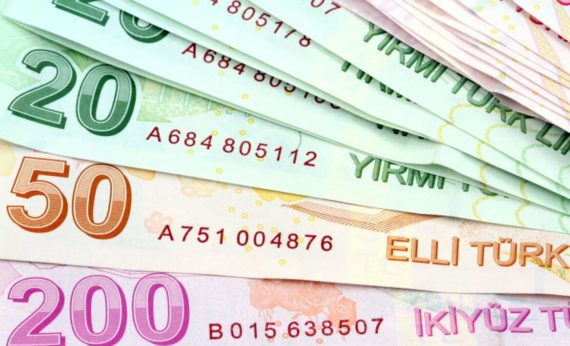 This Q&A evaluates the initial impacts of the failed coup attempt of July 15 in Turkey and discusses its implications for the country’s economic prospects.

How did the markets react?

On the weekend immediately following the coup attempt, Turkey’s government and relevant institutions promptly announced a strong package of preemptive measures and assured that financial stability would be maintained, whatever it took.  In addition, teleconferences held by the government with several international financial institutions helped further ameliorate confidence. More importantly, once the new week began, regular functioning of the financial system was achieved effectively. Hence, as acknowledged and appreciated by the IMF as well, the quick-witted efforts of officials during the chaotic weekend softened the potentially sharp moves in the economy.

On the other hand, a fluctuation in markets upon such an unexpected political development was known to be inevitable. In that regard, the CDS premium as well as the (US Dollar/Turkish Lira) exchange rate and bond yields exhibited upward movements during the first days of the week following the shock, along with a downbeat response from the stock exchange. At this point, it should be emphasized that such plausible negative reactions were also influenced by some domestic and international concerns over the “state of emergency” to be announced in the country. Also, the hastily made credit rating decision of S&P regarding Turkey depressed the perceptions somewhat. Nevertheless, from the end of the first business week, accompanied by opportunistic reactions, most indicators began to present some upswings, signaling a prospective digestion in the market.

What are the implications of S&P’s decision?

On July 20, just five days after the junta attempt, S&P announced its decision to downgrade Turkey’s credit rating from BB+ to BB, assigning a negative outlook. Upon this decision, Turkey’s sovereign debt rating was placed two steps below investment grade. At this point, considering its long history of persistently waiting for an upgrade in the Turkish economy’s fairly promising years, S&P’s haste to cut the rating in case of an emerging risk was pretty ironic. Such haste becomes even more questionable when taking into account that the previous score of the country was already within the non-investment category.

Moreover, while a concern of uncertainty as claimed by S&P is somewhat understandable in the first place, a healthier evaluation would be to adopt a “wait and see” approach, as the other rating institutions chose to do. The irrationality of the impulsive downgrade decision in question even escalates, when the convincing and relieving announcements of the government are taken into consideration. What is more, S&P’s refusal to answer the call of the Turkish government for a consultation before the rating was lowered implies that the agency is acting in a subjective manner. Beyond all of this absurdity, however, the cut is not expected to result in any direct and deteriorating impacts on the Turkish economy since S&P had already been grading Turkey below the investment threshold since anyone can remember.

How did Fitch and Moody’s react?

Whereas the S&P downgrade is regarded as having trivial direct effects, the verdicts to be rendered by Fitch and Moody’s, which have been holding Turkey in the investment zone since November 2012 and May 2013, respectively, will be critical.

Upon the shock, Moody’s put Turkey on negative watch, declaring that it would watch the country closely in the months to come. While the previously set official date for Moody’s decision on Turkey is August 5, it seems possible that the institution will extend the timeline for a thorough review. Fitch, on the other hand, primarily highlighted the risks that the Turkish banks could be exposed to in the near future. It is expected to complete its rating review by August 19.

Taken as a whole, statements from both agencies similarly focus on the political risks of the junta attempt that could possibly discourage investors and damage the economic reform agenda of the country. Therefore, their decisions are likely to be shaped to a great extent by the signals received on the medium-term political outlook and the government’s dedication to the reforms. Furthermore, macroeconomic indicators will also be closely watched, along with prospective policy moves.

What are the economic prospects for Turkey?

Having noted the concerns and arguments raised, it now makes sense to clarify some of the relevant issues from an objective perspective. The need for such a perspective arises from the misleading nature of some of the news stories globally disseminated through the international media.

Regarding the relevant misperceptions and worries, one basic fact to be aware of is the character of the foiled coup attempt. Turkey, with its upper-middle income economy and long years of approved political stability, is a modern country that has left military coups far behind in the 20th century. In this respect, the coup attempt that erupted on July 15 cannot be considered a classical military upheaval as it was plotted by FETO, the clandestine terrorist network that infiltrated the Turkish Army. Therefore, the courageous citizens and leaders of the Turkish Republic had every right to defend their democracy on the night of July 15 against the FETO threat that would undoubtedly destabilize the country in an irreparable way. Having thwarted the peril, Turkish people of all political wings are now proud and more interlocked than ever, cherishing hopes for a much stronger democracy.

In this sense, the critical point leading to the answer with regard to political stability lies at the heart of the purge of the network from the Army and bureaucracy. Hence, the three-month state of emergency declared in the country aims to complete this task in an efficient and expeditious way in order to eliminate any relevant future risks. The process will have no implications on economic activity, as guaranteed and soundly emphasized by the government.

Consequently, operations conducted against the terrorist organization of interest are vital for a stronger-than-ever stability in Turkey, supporting the fundamentals of the economy in the medium and long term. This is why credit rating agencies and all investors with an eye on the Turkish economy should assess the recent developments in the country primarily from that significant perspective.

On the other hand, there is no doubt that the macro outlook is an equally important pillar of the decisions of economic actors. In this respect, the Turkish economy’s dynamic growth potential is still undeniably promising and awaits the implementation of the structural reforms promised by the government. The reforms, also targeting a more investment-friendly environment, are expected to boost overall confidence and accelerate the economic performance in the medium term.

Aside from its growth prospects, Turkey is well recognized in terms of its exemplary fiscal discipline and resilient banking sector with steady capital adequacy ratios. While the current account deficit has always been a structural problem in the economy, it has gradually decreased and hit rock bottom recently. Although the decline has been supported considerably by import prices, the risk imposed by the deficit has eventually become weaker. Yet, the ongoing finance needs cannot be denied and, hence, the confidence of foreign investors in the Turkish economy is still of great worth.

In consequence, reminding of its credible history in terms of ability to repay, and underlining the ongoing efforts for strengthened political and economic prospects, Turkey invites all interested global associates to closely witness its sincere dedication to a bright future. In Turkey, business is as usual and will hopefully be even better than usual. All the country needs is fair and objective treatment built upon truthful information.