Elections in Bavaria and the Future of Conservatives in German Politics

The elections to be held on Sunday will show how the future of conservatives in Germany will be shaped, how the fragile federal government led by Merkel will react to a major success of the AfD, and how the people will elaborate a likely shift to a more far-rightist and populist type of politics in general. 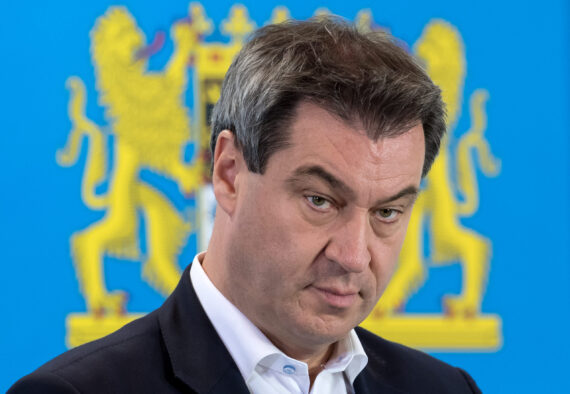 09 October 2018, Bavaria, Munich: Markus Söder (CSU), Prime Minister of Bavaria, takes part in a press conference after a cabinet meeting in the Bavarian State Chancellery and stands in front of the Bavarian coat of arms. Getty Images

On 14 October, parliamentary elections in the German state of Bavaria will be held. Bavaria is one of Germany’s most important political and economic federal states. The south-eastern German state is a fundamental part of Germany’s strong economy and is an attractive destination for many people due to the quality of education that it provides. Between 1966 and 2008, Bavaria has been ruled by a single party – the Christian Social Union (CSU).

As one may guess, the citizens of the federal state are more conservative in contrast to other parts of Germany. Following a coalition government with the Bavarian FDP (liberals) between 2008 and 2013, the CSU once again gained a majority enough to form a government on its own. Since 2013 the CSU has been ruling Bavaria alone. However, this will most probably change with the elections on Sunday.

The point with the so-called Bavarian conservatives is that on the federal level, the CSU is the sister party of the Christian Democrats (CDU). Accordingly, the CDU is represented in all other 15 federal German states, except in Bavaria, where the conservatives are quasi represented only by the CSU. On the other hand, the CSU is the usual ally of the CDU on the federal level. For example, one of the most important offices of the current federal government is in the hands of CSU Chairman Horst Seehofer. Seehofer was the previous state prime of Bavaria until he was challenged by Markus Söder, particularly during 2017.

Following, Seehofer decided to change to the federal level, and thus became his party’s main candidate in the 2017 federal elections. Subsequently, he was appointed as the country’s Federal Minister of the Interior by the CDU leader and Chancellor Angela Merkel. In this context, Markus Söder became Bavaria’s new state prime, while Seehofer is still continuing his efforts to become chair of the CSU.

Even though the CDU and CSU have many similarities, there are a lot of disputes between the leading figures and bases of both parties. Without getting into too much detail, it ought to be underlined that a serious disagreement, what one can actually call a dispute, arose between the former Bavarian state premier Horst Seehofer and Chancellor Merkel.

It’s no secret that Markus Söder, Seehofer, and the CSU in general, are at odds with Merkel due to a decision she made in 2015 to open Germany’s borders to over one million Syrian refugees and migrants. Since then, Seehofer and the CSU insisted that no other country is able to take in unlimited numbers of migrants and refugees. Thus, the federal decision-makers had to do something against this policy of Merkel, which ultimately happened.

Besides, several other disputes occurred within the cabinet, especially in the last 6 months, after the new fragile government consisting of the CDU/CSU and SPD had been formed as a final option. These include disagreements with regards to issues such as refugees in Germany, Islam as a part of Germany and recently the case of Hans-Georg Maaßen, the former chief of Germany’s federal intelligence.

By aiming to limit the loss of votes to the far-right AfD, the CSU on the one hand prefers more populist discourses and quasi nationalistic reflexes. However, on the other hand, the party tries to stress its differences with the AfD by addressing that the CSU stands for liberal values and does not tolerate anti-Semitism, xenophobia, or right-wing extremism.

Thus, it does not, and should not, surprise anyone that the party’s leader Seehofer and the state prime Söder are currently looking for a scapegoat. While Seehofer has been trying to highlight that he does not make any campaigns for the Bavarian elections, Söder has been claiming that tensions on the federal level have contributed in a negative way for the CSU’s image in Bavaria. It’s quite obvious that both politicians do not want to take any future responsibility.

The main problem is that the AfD is increasing the number of its voters on both the federal and state levels. The Bavarian elections will thus have a crucial role in the long-term future of German politics and whether the pressure to build a potential government, in which the AfD might also exist, will become true.

There is some hope in the German public and media that the AfD will neither become the second strongest party nor the main opposition party. However, the more the CSU or other parties in Germany resemble AfD discourses, and even imitate similar stances, the more likely it is for people to vote for the original base of these ideas – the AfD.

The elections to be held on Sunday will show how the future of conservatives in Germany will be shaped, how the fragile federal government led by Merkel will react to a major success of the AfD, and how the people will elaborate a likely shift to a more far-rightist and populist type of politics in general.