The Erbil Conference hosted more than 300 Iraqi delegates, including tribal and religious leaders who called for normalization with Israel. 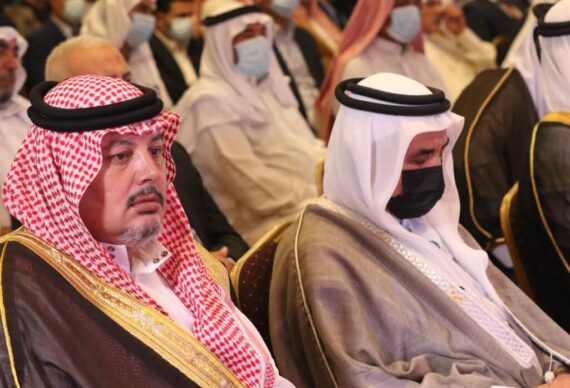 Iraqis attend the conference of peace and reclamation organized by US think-tank Center for Peace Communications (CPC) in Arbil, the capital of northern Iraq, on September 24, 2021. Photo by Safin Hamed, AFP via Getty Images

The Erbil Conference that took place on September 24, 2021, and hosted more than 300 Iraqi delegates from all across Iraq, including tribal and religious leaders, called for the normalization of ties between Baghdad and Tel Aviv following the examples of Bahrain, Morocco, the UAE, and Sudan in 2020. However, reactions against the conference varied as did the reasons and motives behind it.

Initially, attendees’ addresses were mostly shaped around how normalization with Israel would be critical for the future of Iraq and how such a course is inescapable. For example, Sahar Karim al-Ta’i, a senior official in Iraq’s Ministry of Culture, indicated that Israel is a powerful country with strong relations with the U.S. and the rest of the world, and that Iraq cannot ignore this. “No force, local or foreign, has the right to prevent this call,” she added. Moreover, Sheikh Rissan al-Halbousi, an attendee from Anbar Province, stated that normalization with Israel is a necessity.

The conference was held in Erbil, a location that is politically symbolic. In 2017, the Kurdish Regional Government (KRG) conducted a referendum that asked for the independence of the KRG of Iraq. Although the results of the referendum could not be implemented and caused military clashes between the Peshmerga and the Iraqi army, Israel was one of a few countries that supported an independent Kurdistan. “Israel supports the legitimate efforts of the Kurdish people to achieve their own state,” said then Israeli prime minister Benjamin Netanyahu. As a result, the Kurds in Iraq have a better relationship historically with Israel than the Iraqi central government.

On the other hand, the relationship between Iraq and Israel is not strong due, among other reasons, to the influence of Iran, Israel’s archrival, in the country. The conference caused a domestic storm in Iraq, drawing the attention of regional actors as well. While Israel welcomed the conference, the Iran-supported Lebanese group

Even though only time will tell whether the conference will be successful or not, there are two motives that lie behind holding it. In the aftermath of the Abraham Accords, Israeli authorities wanted to show that it is possible to normalize ties between the Arab world and Israel without solving the Palestinian issue. However, the public opinion on Israel in the Arab world is unlikely to change as long as Israel continues to occupy Palestinian lands and to treat Palestinians in an oppressive and inhumane manner.

Hüseyin Bahri KURT is currently an undergraduate student at the Department of Political Science and History at Ibn Haldun University, Istanbul. He is interested in Turkish Politics, Comparative Politics and Refugee Sociology.