The Trump administration’s tenure is over, yet there has been no diplomatic effort to relegate its legacy to the past. 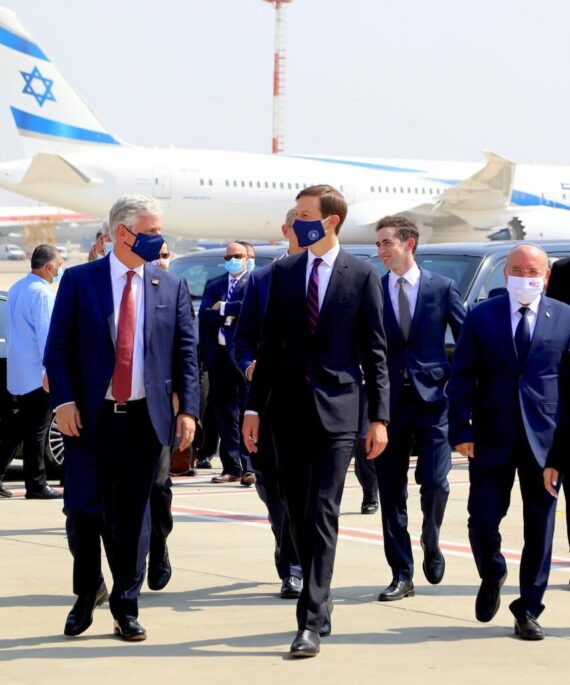 The Trump administration’s tenure is over, and yet there has been no diplomatic effort to relegate its legacy to the past, much less the political will to overturn the damaging policies which will reap serious repercussions as a result of the Abraham Accords.

While the international community did its best to portray a rift with the US under former President Donald Trump, the likelihood is that world leaders participated in a debacle that was revealed when the normalization agreements between the UAE and Israel were announced. Without any further squabbling over the ramifications of the “Deal of the Century,” the UN rushed to praise the deal and world leaders followed suit. At last, upon the foundations of Arab countries normalizing relations with Israel, the two-state compromise could once again take center-state, albeit only in diplomatic jargon.

Trump would soon be gone, the “Deal of the Century” would be treated merely as a past interlude in the status quo, and the only legacy that mattered – the Abraham Accords – brought Arab countries on a par with the rest of the world when it comes to trade and economic agreements with Israel.

To maintain relevance, and equally to assert the supremacy of the Abraham Accords in terms of making Palestine diplomatically and politically insignificant, former senior adviser Jared Kushner launched the “Abraham Accords Institute for Peace” earlier this month, to promote and strengthen the normalization agreement. Alongside Kushner, former White House envoy Avi Berkowitz, Israeli-American businessman Haim Saban, and ambassadors from the UAE and Bahrain have been included in the line-up, along with Israel’s Foreign Minister Gabi Ashkenazi.

VIDEO: “The sky was our blanket and the ground was our mattress,” Nakba Survivors Speak

According to reports, the institute will “provide analysis of the benefits of normalization and the potential benefits additional Arab countries can receive if they join the Abraham Accords.”

With a departing legacy embraced by the international community and the incoming US administration, Kushner and his accomplices are not going anywhere soon. US President Joe Biden’s policy on Israel and Palestine was described as undecided and vague since taking office, yet it is becoming clearer that the current administration will make meagre concessions to Palestinians in return for retaining the advances awarded to Israel by Trump.

Biden’s recent phone conversation with the UAE’s Crown Prince Mohammed Bin Zayed Al Nayhan stressed the importance of the normalization agreements with Israel and “expressed his full support for strengthening and expanding these arrangements.” While the initial announcement of the UAE-Israel normalization agreements centered upon the suspension of annexation, this premise has long been forgotten by all parties concerned. The agreements will strengthen Israel’s position in the region, allow for increasing US influence on countries signing the accords and, importantly for Israel, marginalize Palestine to the point of oblivion.

Israeli Prime Minister Benjamin Netanyahu spent the entire years of Trump’s tenure boasting how Arab states no longer viewed Palestine as a precondition to normalizing relations with Israel. The Abraham Accords have proved Netanyahu right, exposing how the Palestinian Authority’s reliance on symbolic rhetorical support ultimately played no role in mobilizing the region for Palestine.

Last year, Ashkenazi remarked that the annexation plans were replaced by the normalization agreements – a view which former US Ambassador to Israel David Friedman countered at every given opportunity. “We said in our statement that sovereignty will be postponed, and this does not mean that it has been abolished, but rather that it has stopped. It has been suspended for a year, maybe more, but it has not been cancelled.”

Clearly, the US and Israel are prioritizing economic benefits and diplomatic allegiances over political rights. The discourse puts the international community at ease – after all, Israel was legitimized decades ago and has never been treated as a colonial project expanding over Palestinian territory. Any clauses binding Israel to human rights in trade and economic deals are mere embellishment on paper. In a way, the Abraham Accords are only a novelty because Arab states have abandoned all pretense of supporting Palestine.

Read: Peace to Prosperity or Peace for Jared Kushner?

Otherwise, the normalization agreements follow a tried and tested trajectory which the international community finds suitable, conventional and, most importantly, affirms the UN’s distortion of Palestinians as a humanitarian project, rather than a dispossessed people seeking liberation and self-determination.

Thus, while the Accords are a derivative of the “Deal of the Century”, they also provided a link for the international community to reconcile with the Israeli annexation of Palestinian territory.

Kushner’s institute may focus on attracting other Arab leaders to normalize relations with Israel and keep enough distance from direct influence when it comes to the politics determining a purported solution for Palestine. However, it will also lessen the burden for the international community and the US when it comes to dealing with Palestinian rights.

The less support Palestinians have in the region, the more the cause is lost in terms of visibility. With Arab leaders blatantly aligned with Israel, less caution is needed when it comes to dictating the Palestinian people’s steps within the context of the two-state compromise and the land loss it has perpetrated.

Biden has come face to face with the ramifications of colonial violence quite early in his tenure as president. The bombing of Gaza following Hamas’s retaliation at the Israeli violence against Palestinians in Jerusalem and Sheikh Jarrah will, ultimately, drive Biden towards insisting upon the two-state compromise as the only solution, while protecting Israel’s security narrative in the process. White House Press Secretary Jen Psaki’s latest briefing reaffirmed Biden’s position on the two-state politics.

It is safe to say that neither Biden nor Kushner would have envisaged the Palestinian collective uprising against Israel’s colonial violence. However, the Palestinian people’s effort is being misrepresented and countered internationally by Israel’s security narrative.

The Abraham Accords and the two-state politics also prioritize and protect such rhetoric. If the US administration fails to challenge the legacy of the normalization agreements, it will be giving Trump and the institute ample space for influence, which creates a degree of complicity that was already hinted at in the early stages when Biden reassured the international community that the accords will be given priority. Clearly, a change of presidency has not brought any change of political will.