In response to Kilicdaroglu, on Thursday President Recep Tayyip Erdogan said “What will we talk about to a murderer who has killed 1 million of his citizens?” 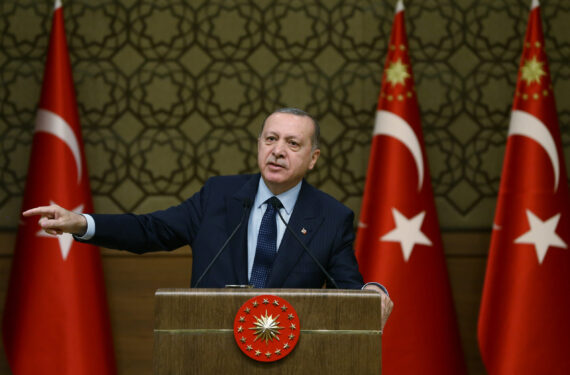 On Tuesday 6 February, CHP leader Kemal Kilicdaroglu called on the government to form contact with the Assad regime in Syria in order to resolve the country’s on-going civil war.

Kilicdaroglu’s comments came as Turkey deepens its operation in Afrin, which has cleared approximately 1,100 terrorists from the Turkey-Syria border.

Operation Olive Branch was launched in Afrin on 20 January in order to clear the Turkey-Syria border from terrorists and to set the conditions enabling Syrian refugees in Turkey the opportunity to return to their home lands.

The PYD/YPG has forced thousands of Arabs, Kurds and Turkmens from their villages, leading to a mass migration flow into Turkey.

In response to Kilicdaroglu, on Thursday President Recep Tayyip Erdogan said “What will we talk about to a murderer who has killed 1 million of his citizens?”

The Syrian regime, despite the ceasefire, continues to shell Eastern Ghouta. On Wednesday regime attacks in the region left 33 dead – of which 13 were children.

“You can go arm in arm with terrorists when necessary… But, we haven’t so far walked with those taking that path with the permission of terror organizations, and we will not do so in the future.”