The Court clarified that EU law does not impose uniform standards: member states can maintain rules that are more favorable to the right to wear religious clothing. 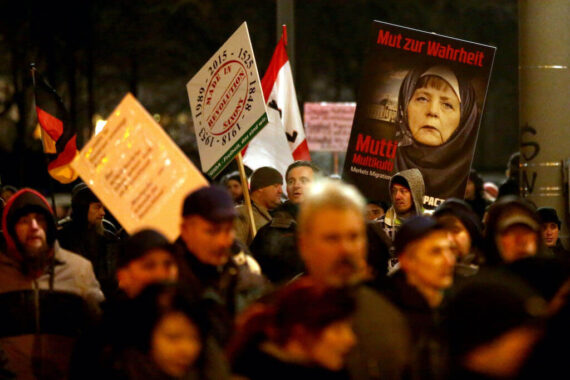 A group of people led by LEGIDA, Leipzig's local copycat of far right movement PEGIDA (Patriotic Europeans Against the Islamisation of the Occident), hold poster and banners during a demonstration in Leipzig, Germany on January 21, 2015. Photo by Mehmet Kaman. Anadolu Agency.

The right of religious adherents to wear religious clothing remains a divisive issue in Europe. Not only national governments have restricted this right in recent years, but private employers too are increasingly imposing bans on religious clothing. And while such bans are usually couched in neutral terms, they are often directed against Muslims, raising the fear that they will entrench Islamophobia. Nonetheless, the EU’s highest court has ruled that private employers may pursue a policy of neutrality and cite their business interests to justify discrimination against female Muslim employees.

Already in 2017, the EU Court of Justice had ruled that private employers may not discriminate directly against employees wearing the hijab, but that they may project an image of neutrality: they may not single out Muslim employees but can effectively reach the same result by cloaking their discriminatory intentions in neutral terms. Despite the torrent of criticism that followed, the Court confirmed its decision last week. Employers may adopt a policy of neutrality if there is a genuine need on their part, for example preventing social conflicts at work or meeting the wishes of customers not to see religious people.

According to the Court, member states can maintain laws that offer greater protection against religious discrimination than the EU minimum, but such laws should not unduly harm the interests of employers. In essence, the right not to be discriminated against was found to be less important than the desire of colleagues and customers not to interact with female Muslim employees.

How will the judgment affect Muslim employees?

How the judgment will affect the rights of Muslim employees in Europe is not entirely clear. Defenders of last week’s ruling point out that individual states may still adopt rules that are more protective of the right to religious freedom at work. In the 2017 judgment, the Court seemed to suggest that all EU member states must allow private employers to project an image of neutrality, including states with rules that are more favorable to the protection of religious freedom. Last week, however, the Court clarified that EU law does not impose uniform standards: member states can maintain rules that are more favorable to the right to wear religious clothing.

How the judgment will affect the rights of Muslim employees in Europe is not entirely clear.

However, the Court also ruled that more favorable national rules must not unduly harm the business interests of employers, a finding that is contrary to EU anti-discrimination legislation. The legislation aims to contribute to the full participation of all citizens in economic life.

To that end, it provides a robust framework for combating discrimination in employment, while allowing member states to adopt rules that are more favorable to the protection of equality than the EU minimum. The Court, instead, ruled that more favorable rules may need to be disapplied when the economic interests of employers are at stake. It found that the pursuit of equal opportunities for religious groups may be less important than the desire of companies to cater to the anti-religious views of their customers.

But even if the judgment will not directly erode the right to wear religious clothing at work, it is a slap in the face for female Muslims across Europe who are fighting for their right to observe their religious beliefs. For some, the EU court will have been seen as one of the last institutions to help them in their fight against a political climate of increasing hostility and discrimination towards Muslims. Instead, the Court decided to give in to the political climate of our time, in a judgment that will be seen in certain circles as legitimizing their efforts to institute Islamophobia and to ban the hijab from the public sphere.

The response must come from national courts. They are entrusted with the task of implementing EU judgments and will have to reconcile the freedom of religion of employees with the freedom to conduct a business of employers. Where possible, they should use the discretion they still have to protect the right of religious people to participate fully and equally in the labour market. Where this is no longer possible, they should take the opportunity to ask the EU Court to reconsider its judgments. 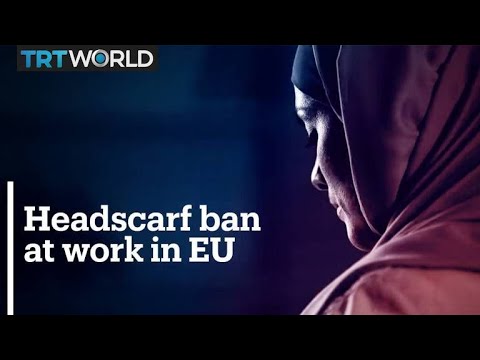 In particular, they should ask the Court to reflect on the real reasons behind so-called neutrality policies. These policies are not neutral between different beliefs, but disproportionally affect female Muslims. Moreover, private employers seem to have no reason to project an image of neutrality, were it not for their desire not to offend employees or customers with different beliefs. Should they really be allowed to cater to customers who are so prejudiced that they get upset at the sight of religious garment? Asking the question is answering it, but not, unfortunately, for the EU’s highest court.

Perhaps the Court’s approach to religious discrimination is explained by a fear of being drawn into the fractious debate over neutrality in France and Belgium.

Some have defended the Court saying that it would be too controversial to meddle with national approaches to religious freedom. Perhaps the Court’s approach to religious discrimination is explained by a fear of being drawn into the fractious debate over neutrality in France and Belgium. However, even these countries make a distinction between public and private sector employment: the principle of laïcité does not apply to private employment. The Court could have respected the Franco-Belgian conception of neutrality without allowing private employers to pursue similar policies.

Another reason that has been put forward for treating religion differently is that it might seem unfair to distinguish between different expressions of personal belief. If an employer may wear the hijab, may a conservative person wear an “Abortion is Murder” t-shirt? May a vegetarian employee wear a hoodie that reads “Meat is Murder”? However, not all personal beliefs are equally worthy of protection. First, unlike the “Abortion is Murder” t-shirt, no one can reasonably be offended by someone wearing the hijab.

Second, while the hijab can often not be removed without remorse, our conscience is not usually burdened by a ban to manifest our commitment to vegetarianism. So yes, regulating religion clearly poses difficult questions, but that does not justify the EU court dodging such questions at the expense of religious minorities. And the right answer to such questions is certainly not to sacrifice the rights of Muslims on the altar of economic interest. 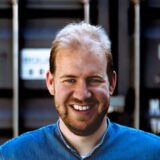 A British Academy Postdoctoral Fellow at the Department of Politics and International Relations at the University of Oxford, where he is working on a project on religious discrimination within the European Union. Prior to joining the University of Oxford, Martijn was a postdoctoral fellow at the Max Planck Institute for the Study of Religious and Ethnic Diversity. He holds a PhD from the European University Institute.