European Daesh Fighters: A Nightmare Knocking on the EU’s Door

Taking those foreign terrorist fighters back is the legal obligation of their home countries, but most know that their laws are incapable of declaring a proper sentence against them. 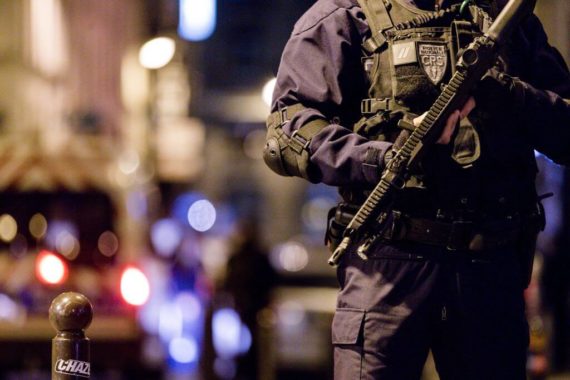 French police deployed after a terrorist knife attack in Paris in 2018. The attack was claimed by Daesh. Photograph: Aurelien Morissard/IP3/Getty Images

When the war in Syria attracted radicals from across the globe, almost all of them were not hindered from leaving their countries despite being listed as potential suspects. The governments and their intelligence agencies, especially European states, wanted their problems to be exported to Syria. The laws in these countries are not equipped to properly address the criminal issues arising from their activities abroad, and leaving them to die in Syria appeared to be an easy choice. However, things turned out differently. The suspected terrorists went to Syria, facilitated the buildup of an alleged caliphate, murdered thousands of people, created a mess in the Middle East, conducted terror attacks in European capitals and survived.

After the territorial defeat of Daesh, the home countries are now confronted with new challenges. In contrast to their expectation, the suspected terrorists did not die but had children and survived. Many of them are now imprisoned in Syria, Iraq and Turkey. Taking those foreign terrorist fighters back is the legal obligation of their home countries, but most know that their laws are incapable of declaring a proper sentence against them. If their terror export returns, they will import battle-hardened militants who may be released from prison in a short period of time. All of this happens while the European Union denies Turkish citizens visa free entry to the EU due to the ‘harsh’ terror laws in Turkey.

European states are for the first time really facing the dilemma of terrorists and the problems of dealing with them within existing legal frameworks. If the laws of the EU are not adjusted, returning fighters might exploit it and become a new security threat. There is also an increase of Islamophobia that could in turn radicalize a number of Muslims living in Europe. If this is combined with former Daesh members released due to insufficient laws, it would potentially be a national security threat for the EU states in the near future. On the other hand, if the EU does adjust its laws, it won’t fit into the legal standards the EU demands from the candidates wanting to join the Union.

The Turkish government’s declaration that Turkey won’t be a hotel for terror exported by foreign states, did not come out of nowhere. It fits into a broader process. Turkey has signed a refugee deal with the EU to hinder the flow of refugees into Europe but complains that the other side does not act in line with the agreed terms. As Turkey is carrying the burden of 3.6 million refugees alone, and sees nothing but obstacles from the EU to accelerate the return of refugees back to the safe-zone planned by Turkey, the Turkish government’s patience is low. Ankara is not willing to take on the burden of foreign terrorist fighters as well. In addition to the European terrorists, the Turkish government also has indirect control over foreign terrorists from the Operation Euphrates Shield areas and the Operation Peace Spring areas. In total, the number of Daesh prisoners is almost 1,500 with a significant number of foreigners.

At the current moment, European states are shirking their duties to handle their self-created terror problem. The EU’s attempt to export its terror threat has seemingly backfired in a more dangerous way. Either the European governments take responsibility by accepting their citizens back, or the EU will be dependent on Turkey, Iraq and non-state actors in Syria, all of whom will use the inmates as a legitimate tool of pressure with little interest in taking care of them. If a terrorist is being released by the YPG for example, the EU will have limited means to prevent that person from smuggling into the EU and conducting a terror attack.