Spain and Greece followed the same path in the transition to democracy after a failed coup. The EU made some concessions to promote their memberships. However, when it comes to Turkey, the EU seems not to take any responsible steps. 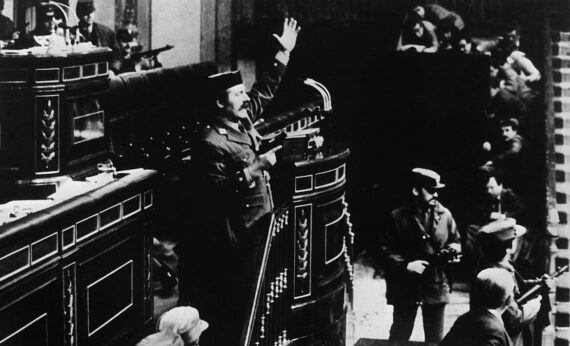 In many countries throughout the world, a variety of steps have been taken to ensure the normalization of political institutions after failed coup attempts. The steps taken in more limited periods of time are usually dealt with within the framework of a state of emergency to avoid a power vacuum in politics and the risk of counter-coups. Hence, when a large-scale purge of institutions is carried out after a failed coup attempt, the possibility of a new coup staged by those not involved in the previous attempt still exists. Thus, the transition process after failed coup periods plays a vital role in avoiding fresh turmoil. The requirement for such extraordinary measures and practices can be exemplified by countries that have had similar experiences before, such as Spain and Greece. In the last quarter-century, these two countries not only eliminated the reasons that led to the coups, but also democratized political institutions which were exposed to coup attempts at irregular intervals. These examples show that countries capable of struggle with anti-democratic and interventionist institutions can reach the next level in terms of democratization.

Consolidation of Democracy after an Attempted Coup D’état in Spain

Spain suffered more than 50 military coups or attempted coups between 1814 and 1981. Most of these coups were held with the aim of increasing the authority of the state or “rescuing Spain” from external influences. The last failed coup attempt was named “23-F” and was over after a one-day domination by the putschists on February 23, 1981. It was held by the Civil Guard, a military force positioned between the army and the police. On the day of the attempt, 200 members of the Civil Guard broke into parliament and took almost 350 MPs hostage. According to the later revealed coup plot, Franco-era sympathizers of the Civil Guard aimed to arrest the leaders of all political parties and eliminate the political hierarchy to create a power vacuum that would be filled by them. This attempt, interestingly, has much in common with the failed coup of July 15, 2016, in Turkey, both in forms of practice and methods of struggle. It was defeated by strong statements against the coup from King Juan Carlos I of Spain and the uncompromising attitude of the Spanish media against the coup plotters. Moreover, lack of support from the vast majority of the armed forces prevented the spread of the coup throughout the country.

Immediately after the occupation of parliament, Juan Carlos gave the first public statement on television and called for the continuation of the democratic government. As the Commander in Chief of the Spanish army, his call for troops not to join the coup attempt was effective in preventing further incidents. Additionally, a state of emergency was declared in a short period of time and the troops loyal to the King were sent to parliament. One of the smart decisions of the king overtook the plans of the putschists: he formed a temporary cabinet consisting of undersecretaries to avoid the creation of a power vacuum in the country. After all measures, the putschists ended the occupation of parliament and surrendered.

This failed coup attempt pointed out the truth that, even if leaders were trying to empower democratic institutions, there was a requirement for the comprehensive restructuring of the Spanish armed forces. In fact, the leaders of this coup had made a similar attempt in 1978 and were sentenced to just seven months in prison. The lesson taken from this event was that, if putschists are not appropriately punished, members of the army will continue to consider the coup as an option. The Supreme Council of Military Justice conducted the trial and, according to the final judgment, the putschists largely responsible for the coup were sentenced to 30 years’ imprisonment. After this attempt, drastic measures were taken to prevent further coups. In 1982, all military officers with any connection to previous coup attempts were dismissed from the army. Instead, pro-democracy bureaucrats and officers were designated to critical missions and appeared more in the press. The officers thought possibly to be involved in the coup were appointed to passive missions. Also, military governors in the Ministry of Defense were replaced by civilians and the prime minister did not place any officer in the government anymore.

Without doubt, the most important factor enabling the consolidation of democracy in Spain was the acceleration of the accession process to the EU (known as the European Economic Community (EEC) at that time). The European parliament gave instructions to accelerate the accession negotiations with Spain after the failed coup. The main objective of this decision was to establish Spanish democracy on a firm ground through full membership to the Union. As a result, Spain became a member of the EU in 1986 and Spanish democracy was taken under the wing of the EU.

Greece’s Transition to Democracy after a Failed Coup

Dominated by the junta between 1967 and 1974, Greece reopened its democratization process and began to struggle with political leaders of the junta period after overthrowing the juntaists. However, an elected civil government was exposed to a new coup attempt in February 1975 by Greek army officers sympathetic to the recently deposed junta regime. The democratically elected civil government of Greece was alerted to the coup attempt by the director of the Central Intelligence Service before the juntaists put their plan into action, and the juntaists were arrested in the early hours of February 24, 1975. This failed coup became known as “The Pyjamas Coup” because most of the juntaists were arrested in their nightwear.

After this attempt, the Greek government decided to move against all anti-democratic elements of the military: 500 officers were retired, 800 officers were assigned to passive missions and almost 100 suspended anti-juntaist officers were brought back to their posts to strengthen the government’s hand in fight against the juntaists. The juntaists were charged with the crimes of high treason and insurrection in the trial dubbed “Greece’s Nuremberg.” The leaders of the attempt were sentenced to death, which was later commuted to life imprisonment. The rest also were sentenced to prison terms ranging from a minimum of five years to life imprisonment.

As in the case of Spain, the largest contribution to the politics of the normalization and demilitarization efforts was provided by the country’s route to becoming a member of the EU. To restore a stable democracy, Greece became a member of the EU in 1981 without fulfilling all conditions and criteria. Although EU membership contributed to reducing the risk of a coup, Greece had to grapple with the problem of terrorism for many years until the 2000s, as did Spain.

Spain and Greece followed the same path in the transition to democracy after a failed coup. As can be seen, the EU played a critical role in the democratization of both countries and made some concessions to promote their memberships. However, when it comes to Turkey’s July 15 coup attempt case, the EU seems not to take any responsible steps to help Turkey expurgate the ruins of the coup attempt. In other words, Turkey is in a position that requires the country to take matters into its own hands. Also, both cases show that it is crucial to avoid any weakness in discharging junta elements from the security services, bureaucracy, civil society organizations, and the media, as long as remaining within the law. All of these measures are required to avoid manipulating the post-coup process and the threat of internal conflict. It should be recalled that the most important step is struggling with society’s perceptions that cause coups. Turkish society’s reaction to the July 15 coup attempt is one of the most concrete examples of increasing awareness about the damage that coups can cause to democratic institutions.

Picture: “After he burst into the Cortes, the Spanish parliament, the mustachioed Lieutenant-Colonel Antonio Tejero de Molina (C) brandishes his pistol 23 February 1981 on the tribunal of the Cortes, as he takes the cabinet and some 350 MPs hostage, during an attempted coup by a right-wing group of the paramilitary Guardia Civil. King Juan Carlos later the same day told the Spanish people in a television broadcast that he had ordered the armed forces to “take all necessary measures” to put down the coup. The King’s broadcast ended the coup.” AFP