FETO and its Role in Stoking the Kurdish Issue

How the PKK dug trenches in many cities, especially in Diyarbakır, in order to start a war despite the people's objections was made clear after the July 15 coup attempt. The FETO-member military officers and pilots bombed the Parliament with F-16s that flew from Diyarbakır. 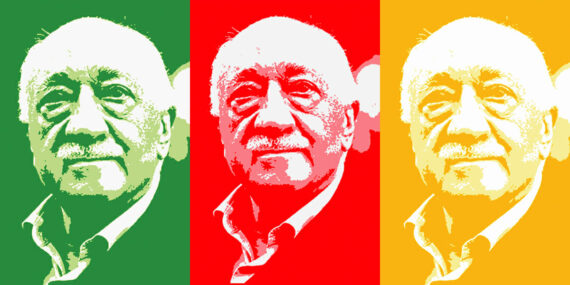 The Turkish government had commenced to negotiate with the PKK in order to resolve the most prominent issue that it inherited since the very first years of the Republic: the “Kurdish issue”. As a result of Erdoğan’s initiative in 2009, negotiations between the National Intelligence Organization (MIT) and the PKK started. After a while, transcripts of proceedings between MIT and the PKK in Oslo were published in a daily. At the time, nobody knew that these were leaked by FETO, which had infiltrated the state and established a parallel structure over 40 years. Only two things were known about this organization then: firstly, it was a religious congregation with a significant financial power that opened schools all around the world and possessed multiple media outlets and business associations. Secondly, they had racist tendencies towards Kurds that were made apparent by their media outlets and speeches by Fetullah Gülen.

Known for being comparatively more sensitive towards Islam than western parts of Turkey, not many in the Eastern and Southeastern Anatolia regions really liked Gülen’s congregation due to their racist tendencies. Moreover, the majority of Kurds who still preserved the medrese and dergah traditions (traditional educational and religious institutions) inherited from the Ottomans didn’t perceive the said congregation as “religious” and didn’t find its leader’s residence in the US ordinary. Even though FETO infiltrated the bureaucracy, military and universities in the region, they were only able to gain a few followers among the people.

On February 7, 2012, during the early hours of the day, a news flash: Istanbul’s Specially Authorized Prosecutor Sadrettin Sarıkaya who was conducting an investigation into the PKK-linked KCK organization, requested MIT Undersecretary Hakan Fidan to come to the courthouse on Thursday. I have to repeat this as it isn’t a situation that could be comprehended at the first. Try to think of this event occurring in the UK. The then Prime Minister Erdoğan and his government initiates a reconciliation and peace process and a prosecutor in Istanbul calls the head of MIT to the courthouse as a suspect!

Istanbul’s Specially Authorized Prosecutor Sadrettin Sarıkaya personally called MIT Undersecretary Hakan Fidan, former Undersecretary Emre Taner, former Deputy Undersecretary Afet Güneş and two other former MIT employees and demanded they give statements as a part of the KCK investigations. The prosecutor was accusing Fidan and his colleagues of having committed a crime for being part of the negotiations with the PKK in Oslo. There was another interesting situation. On the same day, the Prime Minister was in Istanbul to undergo a medical operation, which the public did not know about. However, due to security concerns, the time of the operation was changed. For this reason, when Hakan Fidan called the Prime Minister he was able to talk with him. Erdoğan sensed something foul about the situation and told Fidan not to go to the courthouse and give a statement. Even though Erdoğan said on TV after the incident, “They would first arrest the head of MIT and then me. I had authorized the head of MIT. So, they should personally call me to the courthouse”, nobody – with the exception of those who were interested in the Kurdish issue – cared much about this statement. It was widely known that the prosecutor was close to FETO. However, the incident was perceived by many as the group’s exaggerated sensitivity towards the Kurdish issue rather than a Gülenist attack on Erdoğan and the state.

The Gezi Park incidents in June 2013 followed this event. The protests were initially started by people whose concerns were environmental and who objected to a construction project that was to take place in a park in Taksim. Yet, it didn’t stay as a protest by environmentalists. After a little while Kemalists, later joined by the Alevis, joined the protests alleging that “their lifestyle was under threat.” It became apparent that FETO had a finger in this incident. Gülen and his organization tried to provoke the protesters with their associates within the police force through the use of violence. Zekeriya Öz, a fugitive Gülenist and a former prosecutor, tweeted the following on this subject: “If the PKK had participated in the Gezi Park protests, those who are governing now wouldn’t be in their seats. I don’t know who ordered them, but the PKK didn’t join.”

There were other prominent Gülenists that were trying to spark new conflicts by provoking the protesters that were completely organized over social media. For instance, a renowned Gülenist fugitive Emre Uslu, who now lives in the US, tweeted that PKK militants turned a car over which had female passengers with headscarves in Maltepe, Istanbul (however, such an event didn’t transpire). Efforts to evolve street protests into a civil war through constant provocations were apparent. While Gülen’s media outlets openly supported the Gezi Park protests, the Gülenists changed their tune towards the end when a group in İzmir vandalized their school. Participating in the Gezi Park protests with various reasons and motives, the majority of the youth seemed unaware of this effort to exploit the situation.

We started to hear that a new wave of street protests similar to the Gezi Park protests were to take place in November. These could’ve been just a rumor, of course. Still, I had heard this from an academic who lived in the US and from a journalist that had ties with FETO. The Gülenist journalist had said “I don’t know if 10 or 15 soldiers will be killed, but something will happen and Erdoğan will go.”

6 months after the Gezi Park protests, on January 9, 2013, three women including Sakine Cansız, who was one of the founders of the PKK and who supported the peace process, were killed at the Kurdish Information Bureau in Paris. These killings took place right after the government announced that they were negotiating with Abdullah Öcalan for the resolution of the Kurdish issue. This incident pitted the two sides against each other. It was a sensitive and fragile issue as after all there were negotiations with a terrorist organization and the Turkish public’s top enemy Abdullah Öcalan. The person who was caught by French security forces had a trace of gunpowder on his coat. His name was announced as Ömer Güney. According to the information gathered from the French security forces, Güney was close with the terrorist organization to an extent that he could be deemed a PKK sympathizer. This information consolidated the theories that it was an intra-organizational execution. There was great outrage and this outrage poured onto the street. The funeral of Cansiz in Diyarbakır was attended by tens of thousands of people.

Eleven months after the murder, the December 17-25 operation that was conducted by the Gülenists within the judiciary, security forces and media aiming to depose the government with the accusation that it was corrupt took place. For the first time, regardless of their political views, all witnessed and became aware of the intimidating operational capacity of FETO. During those days, Gülenist media outlets started to spread disinformation that MIT was responsible for the murder in Paris. Moreover, they alleged that Ömer Güney was actually a member of MIT. Yet, almost nobody cared about this subject as there were more pressing issues present.

In January 2014, PKK-affiliate KCK stated that the murder of the three women was carried out by FETO’s members within the state and that Ömer Güney was actively engaged with Gülenists. Ömer Güney, who was to be tried after a two-year long investigation by the Paris Prosecutor’s Office, was taken to a hospital for an ailment in his brain. In January, just one month before his trial, he died. It was later discovered that Ömer Güney was visited by three individuals from Turkey and that those individuals were FETO members.

Then, the terrible event known as the Kobane incident took place. Using Daesh’s attack on Kobane and the alleged inaction by Turkey as excuses, the leader of the Peoples’ Democratic Party (HDP) Selahattin Demirtaş and his colleagues called for countrywide streets protests on October 7. I said to myself “this must be the second Gezi Park protest that was being discussed.” Protesters built barricades and engaged with the security forces. 50 died and 682, 139 of them police officers, were wounded. 1,113 buildings, including 25 district governor offices, 67 police headquarters and 29 political party offices, were damaged.

One of FETO’s media outlets, Zaman Daily’s Editor-in-Chief Ekrem Dumanlı visiting Diyarbakır’s Mayor Gülten Kışanak and their open support for HDP while the aforementioned events were taking place were intriguing. When news of the visits by HDP deputy Ahmet Türk and former HDP deputy Nazmi Gür’s paid to Fetullah Gülen in 2014 in Pennsylvania was heard, it astonished many. There were many news pieces on FETO providing intelligence to the PKK and deciphering the code names of state operatives within the PKK. How the PKK dug trenches in many cities, especially in Diyarbakır, in order to start a war despite the people’s objections was made clear after the July 15 coup attempt. The FETO-member military officers and pilots bombed the Parliament with F-16s that flew from Diyarbakır. FETO militants did whatever they could to both provoke the public and enable the PKK.

Two years after these events two HDP deputies, one of them in prison, made two statements. These two statements are unprecedented, considering HDP’s disposition in the last two years. In his interview with journalist Ruşen Çakır, HDP deputy Sırrı Süreyya Önder said the following: “October 6-8 Kobane events might have never taken place, because the ‘prevalent state perspective’ [AK Party] was foreseeing solidarity with Kobane. I will be extremely clear about this; the said solidarity was obstructed by FETO-affiliated generals whose roles in the July 15 coup attempt is apparent. They put an extreme pressure on Prime Minister Ahmet Davutoğlu. Now, generals who commanded the units in Sur, Nusaybin and Cizre are being tried as the perpetrators of the coup attempt. I have seen how these generals obstructed the solidarity between Turkey and Kobane-Rojava.”

Accused of “being a member of a terrorist organization,” “inciting to commit crime” and “inciting the public to unlawful meeting and demonstration,” HDP deputy Ayhan Bilgen made a similar statement very recently during the session of his trial at Diyarbakır 5th Heavy Penal Court:

“October 6-8 was a demonstration of a civil war in this country. Who incited these conflicts must be investigated thoroughly. It should be investigated whether these were the same people who wanted to depose the elected government on July 15.”

The fog of war is slowly fading, yet unfortunately it isn’t possible to talk about a social base that would support the reiteration of a peace process, not in the short-term. FETO is an important component of this issue and so is the PKK. How these two terrorist organizations came together after years and their role in all that transpired must also be taken into account.