Financing the Manufacturing Industry in Turkey 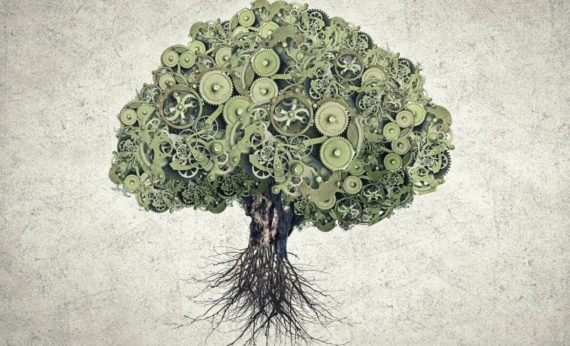 The Turkish economy has been growing relatively well for the last few quarters, compared to other G20 countries. When we take a look at the composition of this growth, it is clear that consumption and government expenditures have been the main drivers of economic growth. On the other hand, investment expenditures and foreign trade have not provided much support to economic growth for almost two years. Although Turkey’s growth performance is valuable, especially when the global economy hits choppy water, it is not sufficient for the country to achieve its big targets (such as Vision 2023).

SecurityBy Serhan Afacan
Turkey requires new investments, especially industrial investments, in order to steer its economy onto a sustainable path. Providing external financing opportunities is vital to make this happen. In this regard, financial institutions and markets such as banks, stock markets and venture capital can play a crucial role in helping Turkey to increase its manufacturing investment and to meet its economic targets.Turkey took many important steps in the restructuring of the banking sector after the 2000-2001 crisis. It is true that, up until that time, the Turkish banking sector had never given priority to the private sector, as it has in recent years. However, although there have been significant improvements in the intermediation function of the banking sector, its contribution to economic growth is still below expectations. The banking sector prefers to engage more in household credit and credit cards because of their high profitability and low-risk nature. Banks have been lending more to households than to firms, especially small and medium-sized enterprises (SMEs).Banks are also less eager to finance new entrepreneurs and R&D investments.  Promoting new, young and talented entrepreneurs is crucial to energize the marketplace and increase innovation. However, banks look on new entrepreneurs suspiciously because most new businesspersons have a lack of collateral and credit history.The situation is very similar for R&D investments. R&D-intensive firms are highly dependent on intangible assets that cannot be used as collateral. In addition to this, R&D investments have high initial costs and a longer gestation period. These characteristics of R&D activities do not fit with the way in which banks conduct business. Therefore, banks are usually hesitant to give credit to R&D-intensive firms and industries.

For Turkey, it is not possible to develop the manufacturing industry as desired without promoting SMEs, bringing new entrepreneurs into the marketplace and galvanizing R&D investments. Therefore, policy makers should take some steps to encourage banks to focus more on giving credit to SMEs, new entrepreneurs and R&D firms rather than to households.

Venture capital is a promising alternative way of financing new, young and talented entrepreneurs in the manufacturing sector. Venture capital not only finances bright entrepreneurs but also monitors their development. This is an important feature for corporate governance for young firms. Venture capitalists are particularly astute at picking and developing innovative firms, and thereby paving the way for ground-breaking innovations. The US is particularly successful in this regard. Some of the world-famous US-based giant companies such as Intel, Microsoft and Apple were financed by venture capital at their initial stages. In Turkey, on the other hand, the venture capital market is still in its infancy. To leverage the venture capital market, Turkey is implementing initiatives such as the Scientific and Technological Research Council of Turkey’s Venture Capital Funding Program. Such programs should be strengthened and their number should be increased as well. Improving the legal environment for venture capital is another key agenda item for Turkey.

As it is widely known, large firms can make new investments using internal cash flow, bank credit or equity financing. However, this does not mean that financing large manufacturing firms is smooth and frictionless. First of all, internal cash flows are not usually enough to cover huge investment expenditures. Second, the cost of bank credit (interest rate) is so high in Turkey compared to developed countries, as well as some of the developing countries with which Turkey competes. Third, in Turkey, the stock market is not financially deep, and it depends highly on foreign investors.

Islamic finance has a great potential in Turkey, but, so far, Islamic banks have focused mostly on murabaha (making purchases with cost-plus-profit contracts), which has limited effect on the manufacturing industry and the real economy. Islamic banks should provide more profit-and-loss-sharing (PLS) lending opportunities (such as musharakah and mudarabah). Sukuk, which is a type of bond that meets Islamic structures on interest, is another Islamic finance instrument that could fund large-scale manufacturing investments in Turkey. Policy makers should encourage Islamic banks to provide PLS lending and issue sukuk by using incentive-based regulation and strengthening the legal environment.