Foreign Exchange Market in Turkey: What is Happening? What Should be Done? 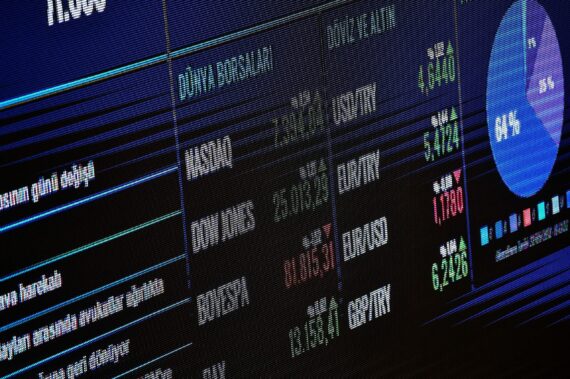 World trade markets rates and foreigner money rates against Turkish Lira are screened on the floor of the Borsa Istanbul on May 22, 2018 in Istanbul. Getty Images

Turkey has been experiencing one of the most severe speculative attacks in its open-economy era since the beginning of May 2018. The Dollar/Turkish Lira parity, which was 4.1 on May 1, rose to 4.92 on May 23. Such a sudden surge on the currency does not reflect the reality of the Turkish economy. There is a strong economic growth performance, fueled not only by consumption expenditures, but also by investment expenditures and export. The Turkish economy created around 1,2 million new jobs in the last year. The unemployment rate is declining, albeit slowly. As in every country, Turkey also has some economic problems – the high current account deficit and double-digit inflation are two main problems of the Turkish economy. These problems are not new, plus they have not shown a significant deterioration for the last two months.

So why is the Turkish Lira depreciating? Although there is no serious deterioration in economic indicators, it is obvious that there is an intense effort to worsen the economic perception as snap elections approach. The deterioration of economic perceptions is paving the way for speculative attacks that cause a surge in exchange rates. The international economic press is circulating news suggesting that the Turkish economy is overheating. In addition to this, international media outlets misinterpreted the statements regarding the future of economic management, which President Erdogan had made in interviews during his London visit.

Many economists and analysts claimed that Turkey is moving away from a free-market economy. This is a cock-and-bull story. But this type of distortional or fabricated news made financial investors anxious. The Turkish Lira depreciated with speculative movements. Following, some foreign investors began to sell their Turkish Lira assets even more to offset the loss. When Turkish companies, which have foreign currency-denominated debt, started to buy foreign currencies, the Turkish Lira depreciated even further.

After an emergency meeting, the Central Bank of the Republic of Turkey (CBRT) raised its late liquidity window rate to 16.5 percent from the previous 13.5. In the speech he made the day the Turkish Lira depreciated, President Erdogan clarified his previous statements as follows: “Turkey is a country that practices free market economy with all its rules and policies. As it is today, we will continue to adhere to global governance principles in monetary policy in the new (presidential) system.” With the statements of President Erdogan and Prime Minister Binali Yildirim, which calmed the financial markets, this rate hike prevented the Turkish Lira to depreciate further. It is not yet over. There will be further speculative attacks before the election. The current level of exchange rate is also disturbing for Turkish companies.

So, what should be done to bring the Turkish Lira to levels that reflect economic reality? First, the CBRT should be more pro-active and take more timely decisions. The last move of the central bank was late. The CBRT should have increased interest rates a week or ten days ago. Until its next meeting, which is on June 7, the CBRT should use forward guidance to steer market expectations and monitor market movements closely. If exchange rates do not loosen as expected, the CBRT should restart to fund the banking system through 1 week repo and tighten its monetary policy further.

Economic ministers should make informative and guiding explanations of the latest developments in the markets and the policy measures taken. The economic management team, including ministers, high-ranking bureaucrats and advisors, should not allow manipulative news circulation on the market by communicating with markets closely. Last but not least, all presidential candidates and political parties should explain their potential economic policies, which will be implemented with the start of the presidential system after the elections.

These are potential short-run policies and moves. In the medium and long-run, Turkey should reduce its reliance on foreign capital inflows by speeding up structural reforms (especially on imported medium- and high-tech intermediate goods, and energy resources) that can reduce its current account deficit, and by diversifying its financial instruments that can increase domestic savings and channel domestic savings to financial markets.