From Cooperation to Conflict: The UAE’s Deepening Crisis with Somalia and Djibouti

The crisis between the two countries reached its peak in April 2018, when Somalian security forces seized a UAE-owned plane illegally carrying 9 million U.S. dollars in cash to the country. The allegations that the money in the plane was planned to be given to the anti-government groups in the country caused the Somali government to take a harder stance against the Emirates. 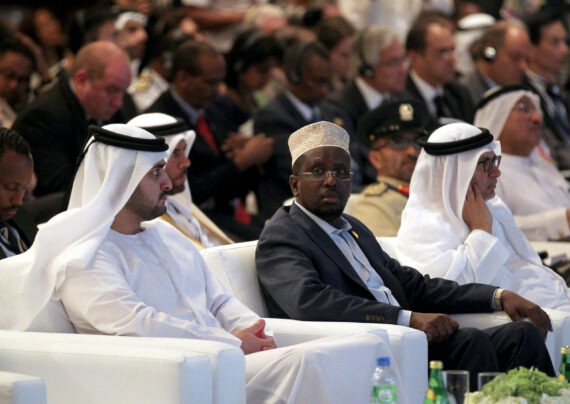 The Horn of Africa region has recently been the stage for a number of international actors that aim to expand their foreign policy reach. This can be seen from Turkey’s increasing relations with Somalia, China and Russia’s decision to establish military bases and the United Arab Emirates’ economic and military activities taking place particularly in Somalia and Djibouti.

These activities, however, receive different reactions by the countries of the region. While humanitarian and development-oriented activities of Turkey have received appreciation by Somalia and Djibouti, the UAE’s aspirations to influence these countries’ political life have faced cold reaction. The Somalia government allowed Turkey to establish its largest military bases in the country and the Djibouti government allocated a vast plot of land close to the Doraleh seaport in order for Turkey to establish a “Free Economic Zone.” On the other hand, both countries soured relations with the UAE, criticising Abu Dhabi for pursuing an interventionist policy. Examples of these strained relations can be seen in the recent political crisis between the Emirates and two important countries of the region, Somalia and Djibouti.

Mogadishu and Abu Dhabi enjoyed close relations during the presidency of Hasan Sheikh Mahmoud of Somalia. However, relations deteriorated in 2017 following the election of Mohamed Abdullahi Mohamed, known as Fermacu, who was supported by Turkey and Qatar, countries that also have tense relations with the UAE. Following his election to presidency, Abdullahi criticized the Emirati activities in the region and argued that the UAE does not respect the national sovereignty of Somalia. In the following period, Abdulahi took a firm stance against the UAE and prevented some of its activities taking place in the country.

One of the activities of the UAE was the establishment of military bases in Somalia’s semi-autonomous regions, Somaliland and Puntland. President Abdullahi criticized these activities and argued that they were against Somalia’s national sovereignty. The UAE, on the other hand, intensified its activities in these regions and had taken a more aggressive stance against Mogadishu by supporting political actors in Somaliland and Puntland. It was even argued that the UAE encouraged these regions for independence from Somalia. The tension between Mogadishu and Abu Dhabi further deteriorated when the parliament of Somalia passed a bill in March 2018, preventing the UAE’s economic and military activities in the country.

The crisis between the two countries reached its peak in April 2018, when Somalian security forces seized a UAE-owned plane illegally carrying 9 million U.S. dollars in cash to the country. The allegations that the money in the plane was planned to be given to the anti-government groups in the country caused the Somali government to take a harder stance against the Emirates.

In response to a harsh stance from the Mogadishu leadership, the UAE announced that it halted all military co-operations with Somalia and shut down the Sheikh Zayed hospital that was built by the Emirates. It is expected that the UAE will further retaliate to Somalia with a number of new measures that are to be seen in the coming period.

Another country recently experiencing tension with the UAE is Djibouti. The relations between these two countries soured in February 2018 with Djibouti’s decision to nationalize the Doraleh Port, which was run by the UAE-based company DP World since 2009. Following a 30-year agreement in 2006 between Djibouti and DP World, the company was supposed to operate the port at a maximum capacity. However, the Djibouti administration realized that the Doraleh Port has been operating with less than %50 of its full capacity. The Djibouti government thus argued that DP World’s main motivation to keep Doraleh port at the lowest capacity was to sustain the maximum level of activity at the Dubai port, the leading location of maritime transport in the region.

The Djibouti government also claimed that the deal with DP World in 2006 was in contrast with the national interests due to malpractices of Djiboutian officials involved at that time, and this was the main reason for the cancellation of the agreement. In the aftermath of the decision, Djibouti forces seized the Doraleh Port and suspended the activities of DP World.

It is clear that there are deepening tensions between the UAE and two strategic players in the Horn of Africa, namely Somalia and Djbouti. It can be said that there are three major reasons for that. First of all, the UAE does not respect the national sovereignty of these countries and prioritizes its interests even if they contradict with these countries’ national sovereignty. The second reason is related to the nature of the UAE activities in the region. The Somalia and Djibouti governments are not comfortable with the UAE-sponsored ports and military bases, mainly because of their long-term negative impacts on these countries. The final reason is that there are a number of emerging international actors such as Turkey, Russia and China, which have developed good relations with Somalia and Djibouti. This has caused them to reconsider their relations with aggressive actors in the region such as the UAE and Saudi Arabia.

Ismail Numan Telci is the Deputy Director of the Middle East Institute (ORMER) and an Assistant Professor at the Department of International Relations at Sakarya University. He is the author of the ‘Dictionary of the Egyptian Revolution’ and is the editor of www.misirbulteni.com – a news webpage focusing on the developments in Egypt.

Also Read
Education matters: Why does Turkey operate schools in the Euphrates Shield Region of Syria?
We use cookies to optimize your online user experience. To learn about our use of cookies and how you can manage your cookie settings, please see our Privacy Policy. By continuing to use our site you are excepting our use of cookies.Accept Cookies & CloseMore Info