Pompeo’s islamophobic discourse is not unknown to the world. In a speech, he once stated, “threat to America is from people who deeply believe that Islam is the way and light and the only answer.” 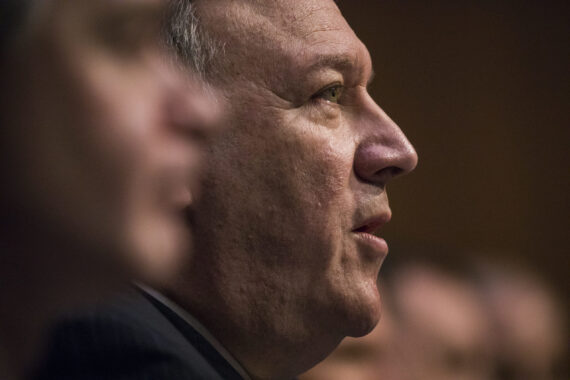 Who is Mike Pompeo?

In 1986, Mike Pompeo graduated top of his class at the U.S. Military Academy at the West Point. Following his graduation, he served as a cavalry officer patrolling the Iron Curtain in the U.S. army until 1991.

In 1991, Pompeo concluded his career in the military and enrolled into Harvard Law School, which he completed in 1994. After his graduation, he started his career in business.

Before Pompeo began to serve as Director of the CIA, he was serving his fourth term in the House of Representatives, as a Republican, Tea Party representative. He was first elected in 2010. He was a member of the House Intelligence Committee and Energy and Commerce panel.

Pompeo was also appointed to the House Select Benghazi Committee to investigate the tragic events in Benghazi, Libya.

Speaking about why he ran for government, Pompeo told the Washington Post, “I have run two small businesses in Kansas, and I have seen how government can crush entrepreneurism. That’s why I ran for Congress.”

Pompeo is well known for his royalty to President Trump, as he opposed the nuclear talks with Iran and was also against shutting down Guantanamo Bay. As a Tea Party politician, Pompeo portrays a conservative character who opposes high taxation.

Pompeo’s name was first heard within the Turkish media and public when he tweeted about the country – a tweet that was later deleted. In this tweet, Pompeo likens Turkey to Iran.

After becoming the director of the CIA, Pompeo paid his first visit to Turkey on February 9, 2017. He met with Hakan Fidan, head of Turkey’s National Intelligence Organization and then attended a meeting with President Erdogan. On February 10, Pompeo met with Prime Minister Binali Yildirim at Cankaya. The main topics of the meetings were on Syria, the struggle against Daesh and FETO.

Pompeo’s Islamophobic discourse is not unknown to the world. In a speech when he made while being a member of congress, Pompeo stated, “threat to America is from people who deeply believe that Islam is the way and light and the only answer.”

Pompeo is known for having an evangelical Christian character, which can also be linked to a factor contributing to his loyalty to President Trump.

Knowing that Trump has conservative and evangelical politicians who are in important positions in terms of foreign policy, a question comes to mind. Will there be a reset in relations between Turkey and the U.S., which was worrying in the last years of the Obama administration, or will the Turkish government face more of a “Hawk Politics” instead of a compromising U.S.? Time will show.

Also Read
Can Tense Relations between Turkey and the US be Improved?