As the Ukraine War’s effects are felt in the global markets, Russia and the West play the blame game about who is responsible for the food shortages and rising prices. 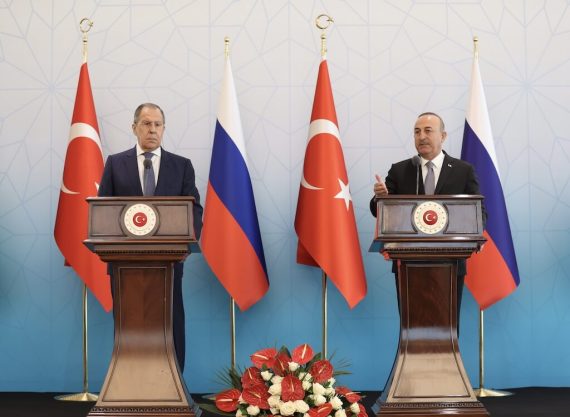 The conditions of the war in Ukraine disrupted agricultural exports from Russia and Ukraine, that together, according to the UN Comtrade Database, account for 24% of wheat exports, 57% of sunflower seed oil exports, and 14% of corn exports globally in the years 2016-2020.

Furthermore, due to damaged infrastructure, closed ports, blockades, and mines in the Black Sea, the Ukrainian grain stock is unable to be exported, potentially straining storage for the 2022 harvest. Shipping companies are also hesitant to transport wheat and oil from Ukraine due to the risk that their ships may be jeopardized in the fighting. This has reduced the global supply and caused the price of alternatives to soar. Global food prices are almost 30% higher than the same time last year, according to the UN.

As the war’s effects are felt in the global markets, Russia and the West play the blame game about who is responsible for the shortages and rising prices. UN Secretary-General António Guterres warned that the war had worsened food insecurity in poorer nations and that the only effective solution to the crisis was reintegrating Ukraine’s food production and fertilizers produced by both Russia and Belarus, back into the global market.

U.S. Secretary of State Antony Blinken accused Russia of causing food insecurity by holding 20 million tons of grain hostage in Ukraine due to its invasion. Russia dismissed these claims blaming the situation on Western sanctions and the naval mines floating near Ukrainian ports.

Russia’s UN representative Dmitry Polyanskiy argued that Russia is not the one to blame for the inoperativeness of the Ukrainian ports putting the blame instead on Ukraine for refusing to remove the mines from its ports. Both Ukraine and Russia accuse each other of laying underwater mines in the Black Sea.

Moscow claims that the issue is caused by the effects of the sanctions on its grain and fertilizer exports, and the consequent impact on shipping, banking, and insurance. The EU has cut Russia’s largest banks out of the Swift bank messaging system, hindering business with them.

On June 6, the Russian UN ambassador Vassily Nebenzia walked out of a Security Council meeting where President of the European Council Charles Michel solely held Russia responsible for the food crisis.

Michel posted a Twitter thread following the meeting reaffirming his stance. He wrote, “Russia’s tanks, bombs and mines that are preventing #Ukraine from planting and harvesting. The Kremlin is also targeting grain storages and stealing grain from areas it has occupied while shifting the blame on others.”

He continued, “The EU has no sanctions on the agricultural sector in Russia. Zero. And even our sanctions on the Russian transport sector do not go beyond our EU borders. They do not prevent Russian flagged vessels from carrying grain, food, or fertilizers to developing countries. This is cowardly. This is propaganda.”

The World Food Program spokesman Martin Rentsch told Deutsche Welle that even though food exports from Russia are not sanctioned, prices are high and there are administrative hurdles. Therefore, Russia has been accused of sweeping more revenues.

How can the issue be resolved?

Efforts to remove Russia’s blockade of Ukraine are ongoing. Lithuania has suggested a plan for the lift of the Black Sea blockade, where the UN would call on Russia to ensure safe passage of ships and Ukraine to remove mines from the port of Odessa. On May 31, French President Emmanuel Macron announced that he and German Chancellor Olaf Scholz had urged Vladimir Putin to end the blockade of Ukraine’s port of Odessa under the terms of a UN resolution.

The African Union warned EU leaders that blockades pose a catastrophic scenario. Its leader Macky Sall said he supported proposals for the UN to coordinate efforts to release supplies from Ukrainian ports. He also blamed EU sanctions on Russian banks for aggravating the problem. Before the war, African countries imported almost half of their wheat from Ukraine and Russia.

Alternatively, the EU has set the goal of moving 20 million tons of wheat out of Ukraine through solidarity lines via Europe before the end of July but logistical challenges pertain. According to Adina Vǎlean, the EU transport commissioner, 10,000 barges and almost 300 large ships are needed to carry 20 million tons of grains if it is to be exported from EU ports.

Russian President Vladimir Putin said that the blockade on Ukrainian ports can be lifted on his end, but only after sanctions are revoked. On June 3, Putin claimed that there were no problems in exporting grain from Ukraine. He added that Ukrainian ports, Russian controlled ports, or Central Europe may be used, but suggested exports via Belarus, which would depend on lifting sanctions. Ukraine has characterized Russia’s conditions as blackmail.

Russian Foreign Minister Sergey Lavrov met his Turkish counterpart Mevlüt Çavuşoğlu on June 8 to discuss topics including a Black Sea corridor for grain exports. Lavrov stated that Turkey would help clear the mines near the ports and added that the safety of shipments could be guaranteed by either Turkey and Russia, or Russia alone.

Çavuşoğlu stated that mines could be cleared within one or two weeks, and mentioned the concerns of Russian and Ukrainian sides by stating, “Ukraine does not want Russian warships to enter through the Odessa port, and Russia does not want cargo ships to carry weapons into Ukraine. How will they be sure? There must be a control mechanism.” He also added that both Zelenskyy and Putin are willing to cooperate on this issue.

As tensions between Russia and the West regarding the food crisis remain high, diplomatic efforts may potentially offer viable solutions to alleviate the global food crisis.