Going Back to the Origins: Change and Continuity in Egyptian Society

Faruk Yaslıçimen interviewed with the director of the Yunus Emre Institute in Cairo and tried to understand the current situation of the Egyptian society. 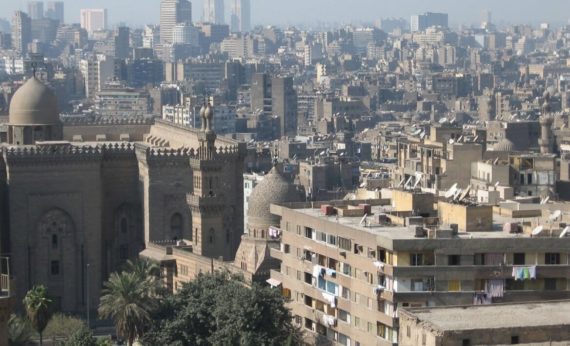 Faruk Yaslıçimen interviewed with the director of the Yunus Emre Institute in Cairo and talked about Egyptian society. In light of Çelebi’s personal experiences, including two different stays in Cairo – one before and the other after the Arab Spring and revolutions – we tried to understand the current situation in Egypt.

Since when have you been living in Egypt?

I first moved to Cairo in 2006, after spending 4 years in the San Francisco Bay Area. During my first year in Cairo, I wrestled with the decision I had made, struggling with the colloquial language, adapting to the food, to the weather, water, noise, air pollution, crowd and other things. I felt exhausted. But Egyptians in the streets of Cairo were fun, kind, sometimes rude but always sincere, humble, friendly, angry, loud, but neither exhausted nor depressed.

So how do you find Cairo overall?

When you talk about today’s Egypt, first you think of Cairo, its streets, its mahalles, and of course, the Tahrir Square. Cairo is known as umm al-dunya, meaning the mother of the world. Inspired by this name, once I described Cairo as an old woman; an old woman with dirty clothes who is extremely tired and not wealthy anymore as she used to be in the past. A woman once very beautiful, young and attractive for many bold and strong dreamers. Today she is not young anymore, but you can quickly feel how beautiful she once was.

How was your communication with the people in Cairo? You lived mostly in Cairo right?

That’s true. During my 4-years stay in Cairo between 2006 and 2010, I met many Egyptians from various backgrounds. All had certain values, spirit and charisma. I occasionally had conflicts with certain values, but I always shared their spirit. In addition, Egyptians adored Turks; it was amazing for me! I could not believe how much they respected and loved Turkey. The first name they mentioned when they realized you were Turkish was Muhammad Ali Pasha, Kavalalı Mehmet Ali in Turkish. Ali was an Albanian-Ottoman who saw a ‘power vacuum’ in Egypt after the withdrawal of the French troops in the early 19th century, and became the de facto ruler of the country. Egyptians consider him an Ottoman, and they love him. For some historians, he is the ‘founder of modern Egypt.’

You said that Egyptians adored Turks. What did they like most?

Indeed, the years between 2006 and 2010 were the years when Turkish popularity was growing in the region, not only in the fields of politics, tourism, consumer products, etc., but also in the field of ‘culture,’ particularly with the help of Turkish soap operas. Kıvanç Tatlıtuğ and Beren Saat were the two most popular Turkish celebrities, thanks to the TV series “Aşk-ı Memnu,” an adaptation of Halit Ziya Uşaklıgil’s 1899 novel of the same name.  In the following years, it was not surprising to see the faces of famous Turkish actors on the big billboards of Cairo. I believe the main reason for their esteem and respect was the image of Turks in their minds: European-oriented but Muslim, strong, charismatic and friendly. This image was also consistent with the Turkish Pashas of the past. Today, they still call people with high social status and wealth a Pasha. In addition, the economic progress and the cultural developments during those years in Turkey triggered a positive Turkish image as well.

How about politics? Did you discuss political matters with Egyptians under the rule of Mubarak?

Actually Egyptians did not talk politics much; they preferred to talk about daily life, make jokes, yell at each other, fight with everyday life, stay out late and enjoy the astonishing nights in the Nile valley. They were very proud of their heritage, as they should be, and loved all types of foreigners, not only Turks. Like Turks, they wanted to show their hospitality to whoever visited their country. Although they did not talk much about politics, on almost every occasion of an Egyptian ‘peculiarity,’ they tried to explain why this occasion would seem peculiar to foreigners. They were always positive; I could not believe how positive they were. They were strong, humble, and accustomed to difficult economic conditions.

What do you think about the relationship between Turkish and Egyptian societies?

The more I read about the history of Egypt, the more I realized that Turkey and Egypt are more than two friendly societies; they are actually relatives. Many Egyptians had Turkish relatives in their ancestral chains. Istanbul and Cairo were indeed two important cities of the region, which were connected closely to each other politically, intellectually and culturally in late 19th century and early 20th century. However, in 2000s one could hardly notice the reflections of the “shared” past. Egypt was one planet and Turkey was another. The two relatives were apart; they did not even talk to or know each other as relatives should. Regardless of the reasons for this remote relationship between the relatives, if they met and talked they could easily recognize their blood-ties even though they did not speak the same language.

Now you are back again in Cairo after couple of years residence in Spain. From an outsider’s perspective, a wave of political upheavals seems to have swept the country. How do you find Egyptian society now, in comparison to before the revolution and military coup? Is there a big change?

Today, it has been almost 9 months since I got back to Cairo. It is early to say something about change; but at first glance, I do not see much change on the social level compared to the last five years. Some Egyptians are more proud and feel stronger. The youth seem disappointed. But they are still fun, kind and sometimes rude but always sincere, humble, friendly, angry and loud! They are still running such a disordered system, which amazes and surprises one. They still love Turks, no doubt, and all foreigners regardless of arguments saying contrary. They are, and have always been, religious, conservative, and traditional. Today you can feel a small shift towards a progressive atmosphere. Now, they all know that they are powerful, and they need better economic conditions, which requires not just a better administration but a very good one. In these global conditions, economic and political crises in the world and specifically in the region, there is a tough road ahead of them. This path is not easy for either the society or the administration.

In addition to these obstacles, the paranoia in the region seems to have captured Egyptian society as well. Like other societies of the region, Egyptian society is suspicious of any threat coming from outside, and is suspicious of ‘others.’ They might not be so wrong in their thinking. It has been about a century, and the ‘games’ being played in the region have not yet been ended! Are they hopeful for the future? It is hard to say, but I believe that their hope is still alive. The people of Cairo are disappointed, as they wanted a rapid change; but indeed, change is not that easy.

You touched upon the subject of the economy. Can you be more specific on that? How does the economic change influence people’s lives in Egypt?

The cost of living is certainly not the same at the moment. Cairo used to be very cheap between 2006 and 2010. Currently, the prices on the street are higher, including transportation and certain basic commodities. Recently, the Egyptian Central Bank devalued the Egyptian pound against U.S. dollar, and there is some confusion among the foreigners in Cairo, due to the different exchange rates in the market. It is also known that the government cut some subsidies, including gas and electricity. However, there is no discontent about the prices. The neighborhood I live in, Dokki, is composed of upper-middle and high class Egyptians and they, expectedly, do not seem to be affected by the changes. Since I arrived in Cairo last August, I have not heard anyone complaining about the economy. In fact, I have never heard an Egyptian complaining about the economy! Egyptians know that the government’s priority is to recover the economy, which has been in decline, especially in the last two years, and they know that it is definitely not an easy task to achieve.

Yes, sure. I hope that the societies of the region can go back to ‘their origins,’ the origins that connect them all as relatives. I hope that they will support each other in times of weakness and troubles, rather than finding allies who have not been fair and sincere to them in the past. We are the people of the region, we should indeed decide about our future by sitting together, and talking face-to-face, as relatives should do, to find what is best for us. We can reach our common goals by trusting each other; and this can only be achieved through mutual understanding and sincerity.

Disclaimer: The views and opinions expressed in this article are those of the author and do not reflect the official policy or position of any institution.