Turkish-Egyptian relations have been in crisis since the military coup that toppled the first democratically-elected president and government to come to power in nearly 40 years. 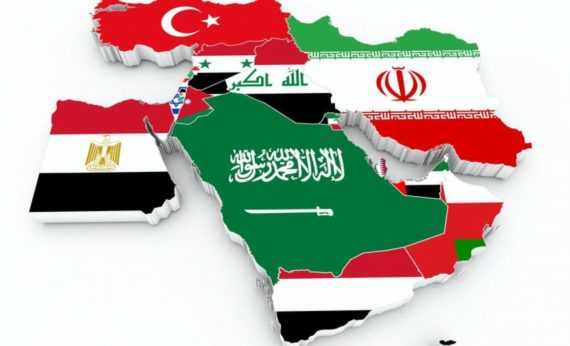 The debate surrounding relations between Turkey and Egypt is on the rise largely because of a series of political maneuverings and actions that have taken place in the last few weeks. Saudi Arabia’s King Salman’s new policies and efforts to normalize relations between the two countries were the main reason behind the intensification of the current debate. Turkish-Egyptian relations have been in crisis since the military coup that toppled the first democratically-elected president and government to come to power in nearly 40 years. Defense minister Abdul Fattah El-Sisi, the leader of the military coup, used repressive methods not only against the members/followers of the Muslim Brotherhood but also against opposition groups who protested against the coup. Thousands of people were killed by the police, soldiers, and paramilitary forces, while thousands more were arrested. Since the coup, Sisi has securitized against the Brotherhood society and declared it a terrorist organization.

The debate surrounding relations between Turkey and Egypt is on the rise largely because of a series of political maneuverings and actions that have taken place in the last few weeks.

International society remained deaf and dumb in the wake of the coup. The countries that were expected to put pressure on the instigators of the coup—the USA, Saudi Arabia, and other western powers—acted in the exact opposite manner, actually being supportive of these actions. The USA interpreted the coup as a “political restoration”, while Saudi Arabia moved forward with Sisi against the Brotherhood and financed the Sisi regime alongside the UAE. Western Powers considered the coup in terms of costs and benefits and came to the conclusion that they benefited from the Sisi regime by selling it military equipment as well as by the possibility of gaining investment privileges in Egypt. The strongest reaction against the coup came from the Turkish government and public. Turkey’s position is quite understandable, considering the AK Party’s experiences in its struggle against military tutelage in the political arena. Alongside this, Turkey has been engaged in a crucial opening up to the Arab public since 2002 and has established a positive image in the eyes of the Arab people.

Is Saudi Arabia a Game Changer?

After King Salman’s enthronement in January 2015, various changes were observed in Saudi Arabia’s politics. King Salman’s new strategy was not through personal choice—it was rather based on necessity due to the changed landscape of regional politics. In these new circumstances, Iran’s expansion in the Middle East after the ‘Arab Spring’ had become Saudi Arabia’s priority. In this context, Salman attempted to consolidate the Gulf powers and to regulate his relations with Egypt and Turkey against the Iranian “threat”. Although there was some tension between Sisi and Salman at the start of the King‘s tenure, Salman’s latest visit to Egypt proved that the country is still a potential ally for Saudi Arabia. During this encounter, Salman made particular efforts to moderate the tensions between Turkey and Egypt for the establishment of a stronger coalition.

King Salman made particular efforts to moderate the tensions between Turkey and Egypt for the establishment of a stronger coalition.

There is no doubt that Saudi Arabia is one of the core countries in the region and the presumed leader of the Gulf. In this configuration, Egypt has been an irreplaceable country for Saudi Arabia, especially because of its army. On the other hand, Turkey and Saudi Arabia have gradually become closer since Salman came to power in January 2015. The expectation for moderation between Turkey and Egypt stems from King Salman’s encouraging initiatives. But the question here is, can Saudi Arabia create a bandwagon effect in the region? More particularly, does the King have enough influence to pressure Turkey and Egypt for rapprochement? Before answering this question, we need to look at current Turkish and Egyptian positions.

Political crises and economic deterioration have become routine in Egypt since the military coup, and Sisi has to seek new options. Normalizing its relations with Turkey will help Egypt not only in economic development but also in the normalization of its politics. However, there are several factors that do not allow for optimism about the occurrence of this scenario. Firstly, although Sisi has visited many countries since coming to power, he has not visited Turkey, nor does he appear to consider Turkey a partner in political or economic issues. Not only that, he has accused Turkey of interfering in Egypt’s domestic politics by hosting Brotherhood members. Secondly, Sisi remains unwilling to normalize his relations with Turkey. The Egyptian Foreign Minister’s visit to Turkey during the Organization of Islamic Cooperation summit last month was an indicator of Sisi’s position—the minister only stayed for a couple of hours in Turkey, and left without conducting any diplomatic meetings with his counterpart.

The Egyptian Foreign Minister’s visit to Turkey during the OIC summit last month was an indicator of Sisi’s position—the minister only stayed for a couple of hours in Turkey.

To reiterate, Turkey’s reaction to Sisi was due to the military coup as well as the bloody and suppressive methods used against opposition groups by him. Today, there is no significant development in these conditions to convince Turkey to change its position. There are two main factors that can lead to a change in Ankara’s position towards Cairo. First, the Sisi regime must stop violating the rights of the opposition groups, especially the Muslim Brotherhood. There is no doubt that the restraining of the Sisi regime and relations normalizing with Turkey are two interrelated factors. The debate here is which factor is the condition and which the outcome, producing a vicious cycle that is not easily broken. Any initiative for rapprochement from Turkey can be a step for Sisi’s survival; however, any initiative from Sisi can force him towards more extensive opening up in Egyptian politics. When considering that Sisi’s priority is to maintain his position of power, it is hard to remain optimistic that such a scenario will materialise. Secondly, because the outcomes of the ‘Arab Spring’ have proven to be significantly costly, Turkey has begun seeking new foreign policy options. But it is not easy to say that Egypt can play a part in becoming the first step for a fresh start.

To go back to the question of Saudi Arabia’s effect on the moderation of relations between Egypt and Turkey—one may argue that Saudi Arabia can make a contribution for the rapprochement of both countries. Iran’s expansion, however, forces Saudi Arabia into a stronger coalition that may include Egypt and Turkey, which could cause the Saudis to lose interest in facilitating a normalization between the two countries and to focus more on bilateral relations with both, thus lessening its contribution to this possible moderation. Firstly, that Egypt and Turkey have tense relations is not a key issue in terms of Saudi-Turkish cooperation. Secondly, and more importantly, it is in Turkey’s interest to be cautious of the growing polarization between Iran and Saudi Arabia, and to maintain a development of its own relations with Iran to the extent it does with Saudi Arabia.