In 2018, around 4,000 Google employees signed a petition over Project Maven, a military program for the Pentagon that uses an AI surveillance engine to detect objects, track their motions, and provide results to the U.S. Department of Defense. 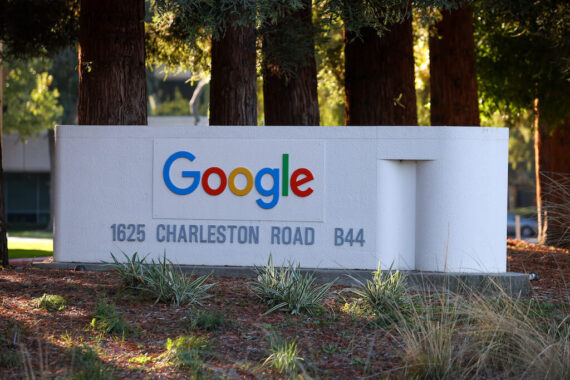 The headquarters of Google are located in Mountain View in California, U.S. Recently, a Google employee has quit over the company's contracts with the Israeli government. Photo by Anadolu Images

new report by The Intercept revealed that Google is selling advanced AI tools and machine learning capabilities to Israel through the Project Nimbus contract.

Nimbus is a cloud system jointly built by Google and Amazon intending to help Israel strengthen its information system. The cloud will provide Israel with the latest technologies like facial recognition, image classification, and even sentiment analysis features that can assess the emotional content of pictures, speeches, and writings.

But the contract sparked fears among Google engineers and human rights advocates about whether it would reinforce the Israeli aggression in Gaza. They fear the new tools will boost Israel’s ability to monitor people and process massive amounts of data – already prominent features of the Israeli occupation.

Last October, anonymous Google and Amazon workers penned a letter to the Guardian condemning Google and Amazon’s decision to sign the Project Nimbus contract with the Israeli government. Months later, a Google employee named Ariel Koren, hit the headlines for revealing that Google tried to oust her for criticizing the project.

In 2018, around 4,000 Google employees signed a petition over Project Maven, a military program for the Pentagon that uses an AI surveillance engine to detect objects, track their motions, and provide results to the U.S. Department of Defense.

In a letter addressed to Sundar Pichai, the petitioners wrote, “We believe that Google should not be in the business of war. Therefore, we ask that Project Maven be canceled, and that Google draft, publicize and enforce a clear policy stating that neither Google nor its contractors will ever build warfare technology.” Many employees felt that the company’s involvement in a government warfare program ran counter to Google’s unofficial motto “Don’t be evil.”

Soon after the backlash became public, Google Cloud CEO Diane Greene announced internally that the company will not renew the contract for Project Maven. The uproar also prompted Google to set guidelines for the ethical use of artificial intelligence, and to forbid the use of its technology for weapons or surveillance.

Read: What Has Social Media Done to Us?

A year later, in 2019, thousands of Google employees demanded the company halt its work with agencies like the U.S. Customs and Border Protection (CBP) and the U.S. Immigration and Customs Enforcement (ICE). The employees argued that the offices of the ICE and CBP often violate international human rights standards, citing the deaths of people in the custody of immigration officials.

“History is clear: the time to say NO is now, we refuse to be complicit. It is unconscionable that Google, or any other tech company, would support agencies engaged in caging and torturing vulnerable people,” Google employees said. They also complained that the agencies in question are harming asylum seekers, separating children from parents, and illegally detaining refugees and U.S. citizens.

Later, The Intercept revealed that Google is reportedly supplying its artificial intelligence technology to help build a “virtual border wall” for the Trump administration—Google defended the CBP contract after the public raised concerns.

The same year witnessed several Google employees on the frontline leaking details about Project Dragonfly, which aims to provide a highly censored, custom search engine for the Chinese government.

Google is one of the biggest cloud computing companies in the world, and has signed controversial contracts with major powers like the U.S., Israel, and China.

Google may have backed out of Project Maven and similar contracts, but the latest news reveals it is still ready to sleep on its AI principles. Despite the public outrages, Google does not seem affected and continues to collect lucrative defense contracts.

As tech companies like Google invade nearly every aspect of our lives, it becomes a struggle for Google employees to choose between a values-based culture and lucrative business deals.

Also Read
Is New Media Becoming a Threat to Democracy?