If Wordsworth were here, he’d perhaps have rather written, "The digital world is too much with us." 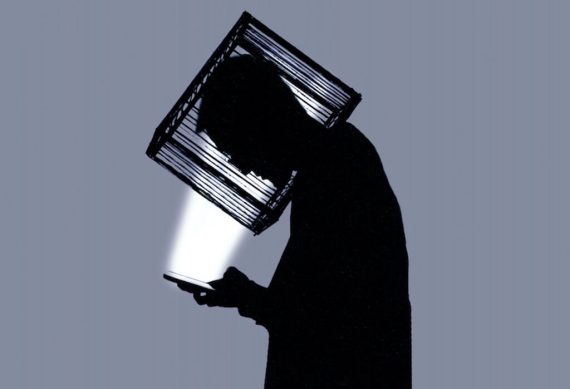 Conceptual illustration of a young man whose head is inside a cage on a smartphone depicting social media addiction. Stock illustration via Getty Images.

Social media came with a lot of promise. Initially, there was a hope that we may be able to reclaim the public space that traditional, collectivist society had to cede to an increasingly individualist, modern one. But the digital bridges that social media platforms built, made each one of us even more distant, leaving us permanently settling on secluded islands.

In some ways, we parted from ourselves in the process. Today, we write odes to nature, we tweet eulogies to photographers, we sing praises to artists, but hardly ever take the time to live through the delightful experiences delineated in these depictions. The gracious warmth of the sun, the hesitant whispers of the caressing winds, the shy glimmer of the defiant moonlight, almost each and every expression of nature has lost its meaning in “our reality,” eclipsed by the virtual.

The rare instances where we do get a chance to be at one with nature are again taken over by an excruciating impatience to share our experience with our “network.” The obsession with taking the right shot of the ethereal glide of a seagull has taken precedence over absorbing the breathtaking beauty of its carefree flight, clipping our own wings.

Nature has become a mere instrument for our own celebration – a thinly-veiled narcissism. We have lost the ability to be where we presently are. We stay in a state of projection, obsessed with illusive ideations of the “shareability” of a sight, at the cost of appreciation of its subtleties in the present.

Unfortunately, the profound appreciation we crave for, artificial intelligence cannot deliver at its finest mirage. Perversely, more or less, every share on social media brings some form of anxiety. Sometimes it’s from eagerness for more shares. Sometimes it’s a concern about possible reactions. Sometimes it springs from envy, when a friend’s post steals the limelight. It’s like being in the spotlight 24/7.

Perversely, more or less, every share on social media brings some form of anxiety.

As almost all teenagers with access to a smart device use social media, this becomes all the more concerning. According to research, 3 in 4 persons who develop a psychological issue are diagnosed before their 18th birthday.

Read: Can You Hear Me Now? We Might Be Living in Echo Chambers on Social Media

But social media companies hardly seem to care. The Facebook Files/Papers,  a collection of organizations’ confidential documents leaked by whistleblower Frances Haugen, have shown that Instagram (a Facebook – now, Meta – company) was aware of teenage users’ feedback on inappropriate advertisements, anxiety, depression, distress from perceived unattractiveness, loneliness, and even suicidal thoughts caused by social media activity. Teenage girls, in particular, reported vulnerability to stress resulting from comparison with others’ posts.

The kind of mass/random sharing seen on social media is mostly devoid of any sensitivity towards the peculiar circumstances of people in one’s network, including their social class.

This is intricately intertwined with what may be called a “flaunting epidemic” with its own share of psychological repercussions. There is an unprecedented predilection to “share” the “new.” At its most outlandish, this is about updates on seasonal relationships; at its basest, it’s about bragging about gaudy personal belongings; at its most mundane, this involves posting pictures of one’s sustenance.

Life is all about sharing, and, of course, one should share their moments of joy with their loved ones. But the kind of mass/random sharing seen on social media is mostly devoid of any sensitivity towards the peculiar circumstances of people in one’s network, including their social class.

On the other side of the coin of this bizarre flaunting epidemic lies obnoxious abuse, which social media tends to reward. Anyone is free to say anything, as thoughtless as it might be, about one’s religion, ethnicity, or even appearance, irrespective of the veracity of the contention. The algorithms are sometimes designed to even pick “dislikes” or “angry” reactions as a form of engagement, amplifying the reach of fake, polarizing content.

On the other side of the coin of this bizarre flaunting epidemic lies obnoxious abuse, which social media tends to reward.

A particular form of abuse, “trolling,” is a deliberate attack on a person for maximum “likes” from a specific cluster of users. Much to one’s dismay, a troll could be a 14-year-old anonymous user or a 64-year-old “thinker” who enjoys maintaining a provocative persona. With a bizarre air of righteousness, they could troll someone to prove the superiority of their favorite cartoon character or to establish the inferiority of an ideology that half the world adheres to.

Disrespect, in this appalling virtual world, is a brand; words are a weapon; images are mere toys; and the ability to enrage others is a prized virtue. No wonder, trolling behavior has been found to be correlated with psychopathic tendencies, sadism, and Machiavellianism.

Predictably, instead of constructive engagement and building bridges,  social media have effectively divided people into clusters and subcultures. A person reveling in being celebrated online and drawing consolation from being connected to people around the world is sometimes just networking with the worst of the animal spirits within. They are sinking deeper and deeper into their own cluster, with the outside, diverse world, starting to feel more alien. This becomes a lifestyle eventually and has lifelong effects on a person’s ability to respect differences of opinion and build empathetic relationships.

Social media have contributed to developing an “information superstructure” which is more powerful than the political and judicial institutions of control.

Of course, social media has a potential for good too. It has sometimes shown promise against entrenched power structures in the world. In fact, it has risen as a significant challenge against oppressive states and obscene occupations the world over, sometimes catching them completely off guard.

Nevertheless, social media have contributed to developing an “information superstructure” which is more powerful than the political and judicial institutions of control – noble in name and carriage, but motivated by little other than profits at the base.

Read: We Live in a Chaotic Matrix of Perceptions

At the micro-level, it’s a quagmire, painstakingly developed by “attention engineers” to monetize the adrenaline of unsuspecting users and capitalize on the digital addiction it creates. That benign-sounding “suggested” content may change the course of one’s life, bit by bit, forever – a theme brilliantly covered in the award-winning documentary “The Social Dilemma” featuring a hair-raising, insider account of the nuts and bolts of the Big Tech.

It would take a miracle to go back from how far we have come. But social media companies – motivated by a model aptly described as “surveillance capitalism” by the Harvard professor Shoshana Zuboff – shouldn’t be given a blank check in programming behaviors and reshaping the globe. The world must come together to devise apolitical mechanisms to keep these tech giants in check, focusing foremost on psychological health and well-being at large. On the individual level, relatively active consumption of content, more perceptive interactions, and avoiding being sucked down the rabbit hole of arguing with the ultracrepidarian could be helpful.

In the final analysis, however, it may be said that whether or not we realize it, in this taxing world, every one of us is longing for a break: a deep silence in placid woods somewhere by a river, a moment of heartfelt love and overwhelming appreciation, either from us, or for us – things that social media, at best, can give us only a weak nostalgia for. If Wordsworth were here, he’d perhaps have rather written, “The digital world is too much with us.”