Hariri's resignation announcement put Lebanon into a state of uncertainty and had the potential to submerge the country in Middle Eastern chaos. Later he overturned his decision to resign after the officials in Lebanon said they would only accept Hariri's resignation if he delivered it on Lebanese soil. 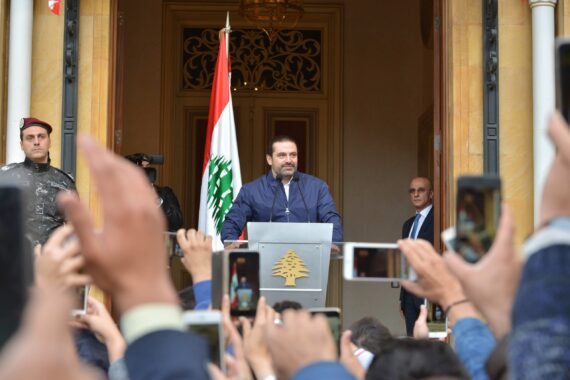 As the days pass Lebanese Prime Minister Saad al-Hariri, who announced his resignation earlier this month, is coming clear about his stance, enough to suggest why he had decided to resign at all.

Hariri has finally spoken out against Hezbollah on Saturday, calling the Iran backed Shia group’s regional position as unacceptable. Lebanon’s Sunni leader had announced his resignation earlier this month in the Gulf country — Saudi Arabia — that considers itself as a Sunni hotbed. Analysts around the world had suggested that the cause of his resignation could be Saudi’s attempt to pressurize the Lebanese state to take action against Hezbollah.

“As we have previously announced on several occasions, we will not accept Hezbollah’s position that affect our Arab brothers or target the security and stability of their countries,” he added.

Lebanon, with its consociational government, is a politically fragile country. Its political spectrum is broadly divided into Shia, Sunni and Christian groups. Hariri’s resignation announcement put Lebanon into a state of uncertainty and had the potential to submerge the country in Middle Eastern chaos. Later he overturned his decision to resign after the officials in Lebanon said they would only accept Hariri’s resignation if he delivered it on Lebanese soil.

In a statement Hariri said, “The postponement of resignation at the request of President Michel Aoun was to give an opportunity to discuss and negotiate our principal demands to make Lebanon neutral and keep it away from the conflicts and the wars in the region, and to implement the policy of disassociation … and commit to the Taif Agreement.”

Also Read
Lebanese PM: Hezbollah needs to remain neutral in the region
We use cookies to optimize your online user experience. To learn about our use of cookies and how you can manage your cookie settings, please see our Privacy Policy. By continuing to use our site you are excepting our use of cookies.Accept Cookies & CloseMore Info