How did FETO Terrorists Infiltrate the Turkish Armed Forces?

It was not until Fetullah Gülen that military tutelage began to be used as an instrument to take over state control in favor of the religious order. Gülenists began to infiltrate the army in the 1970s, but mass infiltration happened in the 1980s, following the military coup of 1980, and continuing during the 1990s and onwards. 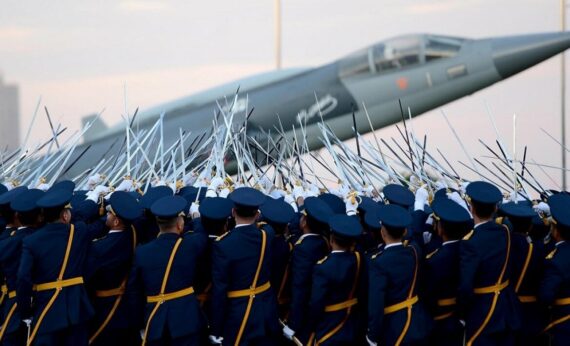 It was not until Fetullah Gülen that military tutelage began to be used as an instrument to take over state control in favor of the religious order. Gülenists began to infiltrate the army in the 1970s, but mass infiltration happened in the 1980s, following the military coup of 1980, and continuing during the 1990s and onwards. However, infiltration of the army and subsequent survival was not easy and required full secrecy due to the prominent secularist approach, which has traditionally been against any religious organization.

Books In-BriefBy Politics Today
Military recruitment was the most applicable means of infiltration. The Turkish military has different statuses for its personnel, and the status system has gone through minor changes since it was established. Statuses vary from Generals to Officers, NCOs (non-commissioned officers), specialists and mandatory service personnel. Strategic and operational positions are run by generals and officers, and these were the statuses that became the chief targets of Gülenist Terror Organization (FETO). An Officer candidate is required to attend one of the military high schools, Kuleli, Işıklar or Maltepe, at the age of 13-14.The infiltration process began before the entrance examination for military high school. Gülenists invited talented middle-school students from religiously conservative and relatively poor family backgrounds to join the Quran recitation courses, small tutoring facilities or to the houses of the Gülen order, generally run by elderly FETO cadres (known as abi in Turkish). Here, students were given basic Islamic education and met with Gülen’s interpretation of Risale-i Nur (The Message of Light), authored by Said Nursi. During the 1980s, students recruited by Gülenists were encouraged, guided and even conditioned as officers before entering military high school. The prestigious image of the military uniform was a convincing incentive for a brilliant student to become an officer, and even the parents of the students perceived the uniform to be a sign of high social status.

Early infiltration of the military was based on the self-capacity of the candidate students motivated by the FETO cadres, but FETO members under cover as secular officers in the military were able to steal the exam questions to provide the answers to future cadets during late 1980s and early 1990s.  Lt. Col. Levent Türkkan, the aide de camp to Gen. Hulusi Akar for years and involved in the coup attempt on July 15 2016, confirmed that he was supplied in advance with the military high school entrance examination questions in 1989.

Each military student and their families were subjected to an intelligence inquiry by the national intelligence service, police and the gendarmerie intelligence units. Since the FETO candidate cadets were selected from among religiously conservative families, they had no chance of surviving in the military high schools. Thus, students were advised to adapt themselves to the Kemalist discourse during school days; however, their actual devotion and loyalty was to the FETO and they continued to pay visits to the houses of Gülenists in İzmir, Bursa and Istanbul, where the military high schools are located. During these visits, students were warned not to reveal their FETO identity, ordered not to take the Risale-i Nur booklets with them to the school campus, and even asked not to pray during their time at school.

Senior FETO officers attending the interviews gave preference to crypto-FETO students who applied to become cadets at the academies. After being accepted into the academies, the students survived in the schools by pretending to share or sometimes by advocating secularist and Kemalist ideology, and they were successful in that regard. But, at the same time, they expressed their devotion and loyalty to FETO and paid regular visits to Gülenist houses. They were told in these houses that their duty was to graduate with honors degrees, which would enable them to be potential candidates for the status of General in the future. They were motivated, educated and helped with school assignments. Even if they were unlikely to be potential candidates for General status, FETO expected to benefit from their operational positions.

Who organized the coup attempt?

The July 15 coup plotters were mainly of the rank of Brigadier General, becoming generals in 2012, 2013 and 2014, entering the military high schools in the early 1980s and the military academies during the mid-1980s. The operational-level coup officers ranged from Lt. Colonels to Captains, who entered the military high schools in the early 1990s and 2000s. The pre-military school period and the entrance process into both the military high schools and the academies were vital for FETO to infiltrate the military, and it was mainly the Officers that FETO exploited. A former military personnel, on the condition of anonymity, states, “… after-school infiltration into officer status is not a desired procedure for FETO members, since it jeopardizes the compartmentalization” (this is an unconventional warfare definition for the division of the cellular structure of a secret organization).

The second status that FETO desired to infiltrate was NCO circles. NCOs play a significant role in technical and tactical military missions. Since the strategic aspect of NCO positions is rare, FETO made no long-running efforts to infiltrate NCOs. However, FETO aimed to infiltrate the NCO schools of the gendarmerie and the air forces, where the NCOs are mostly employed. The gendarmerie is the law enforcement agency and has the closest ties with local people in Turkey. It also has a widespread operational and intelligence network, at work in every corner of Turkey, and gendarmerie operations and intelligence are dependent on NCOs. On the other hand, the air force ground service also is dependent on NCOs, and no flights can be made without ground services. These two NCO circles were targeted for infiltration by FETO. However, the biggest infiltration effort against NCO status was made with the young Sergeants in their early 20s. Their youthful energy was usurped by the Gülenists.

A discharged NCO states that, “… in 1997, my unit and I visited a commando unit for a military training. I asked a place to pray at noon and a senior NCO of the hosting unit who was a FETO member came by and warned me that I should not pray openly, instead I should hide my way of practicing Islam. I was shocked. I was not the member of an order and I told him that I am a Muslim and I have no intention of hiding my identity. He got very pissed …”

FETO had tried not only to infiltrate the military from outside but also to “desterilized” the strategic and operational units of true soldiers. The Special Forces (SF) became a primary target of FETO, and between 2004 and 2008 hundreds of elite SF warriors were transferred from their teams into regular army units.

When the figures involved in the military are analyzed above, the infiltration target is clearly seen. FETO had an agenda to capture and hold the strategic chain of command in the Turkish armed forces. The lately promoted Generals were perceived as the main group behind the coup attempt, but the real soldiers of the state were not involved in this treason.