How Did Iranians Approach the Failed Coup Attempt in Turkey?

Fortunately, many Iranians inside the country see any coup attempt as categorically damnable, as they welcome the popular resistance in Turkey that heroically crushed the putschists on July 15. 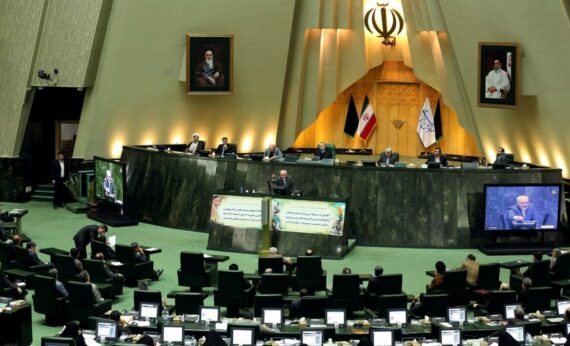 The fine line between remembering and reliving the trauma of previous experiences can at times unwittingly be blurred, distorting the view of the past. The ways in which the recently crushed coup attempt in Turkey, which terrorized the country, was discussed in Iran, or by Iranians in and outside the country, had a lot to do with how they read their recent past. Based on the delusive idea that Turkey has been pulled into a regime change, allegedly by the AK Party politics similar to Iran in 1979, some Iranians abroad saw the coup as a means to check this process. They persistently fail to see that the AK Party and President Erdoğan owe their success and future to the democratic regime in Turkey. This point has remained unchanged since the AK Party and Erdoğan won their first election in 2002.

Middle EastBy Silan Cecen
In particular, many of the Iranians in Europe and the US suffer from a traumatic reading of their history as they are also misled by their limited familiarity with the social and political developments that take place in Turkey. From the morning of July 16 onwards, they chose to concentrate on those who were purged, detained or arrested for their connection with FETO, Fetullah Gülen Terror Organization, rather than on the 250 citizens who died or the thousands of others who risked their lives and were injured when resisting the putschists. Take, for example, the inflammatory comments Hamid Dabashi shared on social media recently, in which he irresponsibly compared President Recep Tayyip Erdoğan with, all at once, Kim Jong-un of North Korea, Adolf Hitler, Mussolini, Franco of Spain, Ioannis Metaxas of Greece and Juan Peron of Argentina. Ironically, what infuriated Mr. Dabashi so much was the historic huge gathering in Yenikapı/Istanbul on August 7 where millions of people, including the president, the prime minister and the leaders of the two main opposition parties, came together to peacefully denounce the putschists again.

The Incubus of the Past or the Burden of History

Such an attitude not only displays an academic frivolity not uncommonly found among some Iranian experts who know little about Turkey but also testifies an uncanny tendency among them, as among some of their Turkish counterparts, to exceed the limits of a scholarly comparison between Turkey and Iran. True, Iran and Turkey have, roughly from the early 19th century onwards, followed fascinatingly similar historical trajectories. But the underlying spirit in these trajectories has been noticeably different. Throughout their modernization processes from 19th century onwards although they converged in their struggle against the ever-increasing imperial pressures coming from the West, the struggle consolidated the extra-governmental elements in Iran while it was mainly organized around the state machine in the Ottoman Empire and Turkey.

Further, despite the major ups and downs, throughout the decades, popular elections played the determining role in Turkey, while Iran almost invariably appeased repression at home to remove foreign domination. It is quite problematic that, while some pro-regime figures in Iran tend to interpret every popular movement in the Middle East as inspired by the uprisings that brought about the Iranian Revolution of 1979, some of the anti-regime Iranians hasten to analyze almost every such movement, especially if it harbors an Islamic tone, as a prelude to an Islamic state.

Interestingly enough, however, these two opposite positions seem to agree on an unfavorable reading of the failed coup attempt in Turkey. Basically, the now well-known obsession against President Erdoğan and his policies constitute a common ground between the two opposite camps. It is no secret that the conservative circles inside Iran have long since turned against Erdoğan. They see him and the current regional policies of the Turkish government as an obstacle to taking full advantage of the ‘historical opportunity’ that has emerged for them from the widespread destabilization in the Middle East to realize their regional power aspirations. Many conservative figures in Iran condemned, inasmuch they did, the crushed coup attempt not on democratic grounds but for notably different motivations. The anti-regime Iranians, on the other hand, have mysteriously accused President Erdoğan of leaning towards authoritarianism and even totalitarianism, the two terms whimsically and irresponsibly used by Erdoğan’s opponents.

Also, reactions to the failed coup inside Iran have not only reflected the perceptions of Turkey by Iran’s political elite but have also reemphasized the political divides at home. Javad Zarif, the Iranian Minister of Foreign Affairs, was among the first to condemn the coup attempt. Hours after the attempt, he emphasized the significance of popular will and sided with the Turkish people. For the Moderate-Reformist figures, the failed coup attempt attested to the significance of the unalienable popular will and the futility of any move to run against it. Unsurprisingly, with the presidential elections less than a year away in Iran and the risk of Rouhani’s disqualification from running for president by the Guardian Council becoming more pronounced, the Iranian President Hassan Rouhani and his close circle have used the failed coup attempt to send a democratic message to the conservative establishment in Iran to respect the popular will.

For the Principalists, the failed coup has provided the best opportunity to disfavor the Rouhani government on one obvious point, to wit, its rapprochement with the US, especially following the nuclear deal reached in 2015. In a statement at a gathering in Tehran, Supreme Leader Ali Khamenei referred to the failed coup attempt in Turkey as a sign of the untrustworthiness of the US for its alleged involvement. Another conditional condemnation of the failed coup attempt came from Ali Akbar Valayeti, Khamenei’s aide in international affairs, who used it to criticize Turkey for its insistence on the removal of Asad in Syria. In an interview on 16 July 2016, only one day after the coup attempt, he expressed his hope that “a day would come when the Turkish administration would also respect the opinion and vote of the Syrian people” and claimed “Bashar al-Assad has also been elected through the ballot box.”

The crushing of the coup attempt marks a watershed, not only in Turkey but also in the entire region. As Javad Zarif put it, “Turkish people’s brave defense of democracy and their elected government proves that coups have no place in our region and are doomed to failure.” In order to secure a lasting solution to the regional crises, most significantly to the Syrian issue, both Turkey and Iran must cooperate as two governments with high popular support, as destabilization or unpopular rule in one inevitably affects the other. Based on the recent foreign policy moves, there is every reason to suggest that Turkey is determined to restore peace in the Middle East by maximizing regional cooperation.

The comments made by some Iranian scholars teaching at western universities not only demonstrate their misreading of the developments which recently took place in Turkey but also give insightful ideas about the limits of their objective thinking. Fortunately, many Iranians inside the country see any coup attempt as categorically damnable, as they welcome the popular resistance in Turkey that heroically crushed the putschists on July 15. They, as every people in the Middle East, appreciate the costs of ineffectual, unpopular and foreign-controlled governments for the region.