Gulf states took the least risky path and have turned a total blind eye to the most recent atrocity committed by the PKK against Turkish citizens. 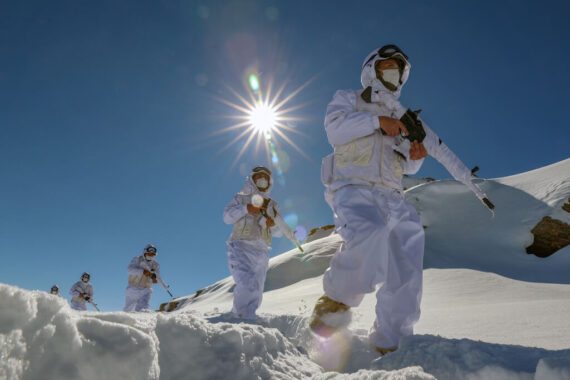 Camouflaged Turkish soldiers wade through snow with their weapons during an operation against PKK terrorists in Argus-2 base area in Hakkari, Turkey on January 26, 2021. Photo by Anadolu Images

On February 14, 2021, Turkey announced that the PKK (Partiya Karkeren Kurdistan, Kurdistan Workers’ Party) had executed 13 Turkish citizens, who had been kidnapped some years ago and kept in a hideout in northern Iraq. The PKK is designated as a terrorist organization not only by Turkey but also by the United States and the European Union. In fact, the terror group has earned this designation for committing innumerable deadly attacks across Turkey since the early 1980s.

The cold-blooded execution of 13 people in the hands of their captors created an uproar in Turkey. Many felt the same fury as Suleyman Soylu, Turkey’s Minister of Interior, who clearly put this rage into words: “Let this nation and our martyrs spit on our faces if we do not catch Murat Karayilan [the military leader of the PKK] and cut him into a thousand pieces.”

Despite the emotions running high in Turkey, no country in the Gulf condemned the PKK nor did they send condolences to the Turkish people or expressed solidarity, except for Qatar. In a statement issued by its Ministry of Foreign Affairs, Qatar strongly condemned and denounced “the killing of 13 Turkish citizens” and sent its condolences to the families and the Turkish government and people. Thus, Qatar proved once again to be Turkey’s closest ally in the region.

Yet, upon closer inspection even Qatar’s statement appears far from satisfactory from a Turkish perspective. This is so for two reasons. First, the statement does not name the PKK as the perpetrator of this atrocity. Second, the statement reiterates Qatar’s policy position that rejects “violence and terrorism” and thus implicitly describes the act as an act of terrorism. But, then, the statement adds, “whatever motives and causes” were behind it. The statement, therefore, implicitly suggests that at least “some” motives or reasons might be behind the act.

VIDEO: How the PKK Exploits the Female Body

Overall, the Gulf states are apathetic towards Turkey’s PKK problem. This apathy has two sources. One is historical. There is a general negative view shared by many Arabs, if not all, of either the Ottoman past or the modern Republic of Turkey, or both. As academic research documents, one line of argument suggests that the Ottoman rule was simply exploitative and repressive, and hence the root cause of the contemporary backwardness of the Arab world.

In another line of argument, contemporary Wahhabi-Salafism has accused the Ottomans of straying away from religion or even corrupting it with many religious innovations. The only societal group that held a more positive view of the Ottoman past was the Muslim Brotherhood. But the group was harshly critical of the modern Republic of Turkey for abolishing the Caliphate in 1924 and for other secularizing reforms.

These broad arguments have been shared and propagated by different influential groups in the Arab world, and seem to have deeply shaped the public discourse about the Ottoman past and the Republic of Turkey. The overall negative view of both has created an almost unquestioned sympathy especially among the Arab ruling classes and intelligentsia towards all ethnic groups who had once been or are still under Turkish rule, in general, and the Armenians and Kurds, in particular.

Read: Who Represents the Kurdish People?

There is no systematic survey of these classes’ views on the PKK. But it is not difficult to imagine that the general antipathy towards the Ottoman past and the Republic of Turkey can turn into a sympathy towards the separatist Kurds and the PKK.

This is visible in the media coverage of PKK-related incidents. Even the coverage of the PKK by Al-Jazeera, the Qatar-based news outlet, is disappointing for Ankara. In fact, TRT World, Turkey’s state-owned international news outlet, once critically noted the similarity between Al-Arabiya (Saudi Arabia-owned) and Al-Jazeera in their coverage of Turkey’s operation against the PKK in Syria.

Al Jazeera’s coverage of the most recent PKK execution was in fact no different, describing, for example, the PKK militants as “Kurdish fighters.” Given that the media is heavily state-owned in the Arab world, the media’s coverage of the PKK illustrates the general sympathy of, at least, the Arab ruling classes towards the PKK.

The other source of the Gulf states’ apathy towards Turkey’s PKK problem is political. Turkey had great relations with all Gulf states in the 2000s to the extent that the Gulf Cooperation Council declared Turkey as a strategic partner in 2008. But, this changed with the Arab Spring. Turkey embraced the Arab Spring and developed cordial relations with the democratizing post-revolution governments in Egypt, Tunisia, and Libya. Saudi Arabia, the United Arab Emirates (UAE), and Bahrain became, on the other hand, status quo powers and distanced themselves from Turkey.

The same fate befell on Qatar, which also embraced the Arab Spring like Turkey. In the aftermath of the military coup in Egypt in 2013, Turkey and Qatar faced a severe regional isolation and in order to break out of this isolation, they developed a strong bilateral relationship. Showing the strength of these bilateral relations, Turkey resolutely stood by Qatar when Saudi Arabia, the UAE, Bahrain, and Egypt cut their diplomatic relations with the country and imposed a total blockade on the emirate in June 2017.

In some governmental circles that apathy might even have turned into a sympathy towards the PKK. In fact, soon after the Gulf crisis broke out, according to a pro-government newspaper in Turkey, namely Yeni Şafak, officials from Saudi Arabia, the UAE, and Egypt, met with the YPG, which Turkey considers the PKK’s Syrian branch. Yeni Şafak even published a photo of the meeting where a portrait of Abdullah Ocalan, the PKK’s founder, was hanging on the wall. A few months later, a Saudi minister, Thamer al-Sabhan, visited Raqqa, which was then under YPG control. Then, in August 2018, Saudi Arabia pledged $100 million for stabilization projects in the territories under YPG control and announced that it made the payment in October 2018.

Read: Despite Quiet Threats, Mothers of Diyarbakir Continue to Resist

Of course, the appeal of the YPG for Saudi Arabia and the UAE lies in the organization’s strong relations with the U.S. We should not forget that the YPG emerged as the U.S. partner in the fight against DAESH (ISIS) in Syria and as such received generous financial and military support from the U.S. The rise of the YPG alarmed Turkey so much so that it has so far undertaken three major military operations in northern Syria.

The good relations between former U.S. President Donald Trump and Turkey’s President Recep Tayyip Erdoğan helped Turkey’s efforts. But it is still unclear how the new president, Joe Biden, will address Turkey’s concerns with regard to the YPG’s continued presence in northern Syria. It seems logical to expect that the Biden administration will increase U.S. support for the YPG given the strong pro-YPG and pro-Kurdish sentiments in Washington D.C., alongside the anti-Erdogan and anti-Turkey sentiments that are also running high.

In this context, the Gulf states, which heavily rely on the continued military and diplomatic protection of the U.S., took the least risky path and have turned a total blind eye to the most recent atrocity committed by the PKK – the execution of 13 Turkish citizens. Qatar proved to be the exception in the Gulf by virtue of its strong relations with Turkey. Yet, Qatar’s cautious statement reflects not only the general apathy of the Gulf states towards Turkey’s PKK problem, but also the highly cordial relations between the U.S. and the YPG. 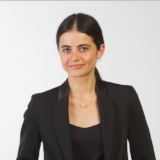 Feyza Gumusluoglu is a Turkish journalist and author whose work has focused on the Gulf region and Turkey. Gumusluoglu was the first Doha correspondent and Gulf Representative of Turkey’s official news agency, Anadolu Agency from 2011 to 2014 as well as a senior reporter for The Peninsula, Qatar’s main English daily.