How FETO works as an Intelligence Network and Criminal Enterprise

On July 15, 2016, Turkey foiled a military coup attempt orchestrated by the Fetullah Gülen Terror Group (FETO), which has infiltrated every sphere of public life in guise of a simple religious congregation for decades. Motivated to seize power in the country, this insurrection was organized by brainwashed FETO operatives who can use every means possible to reach their goals and have neither discernment nor respect for any values. 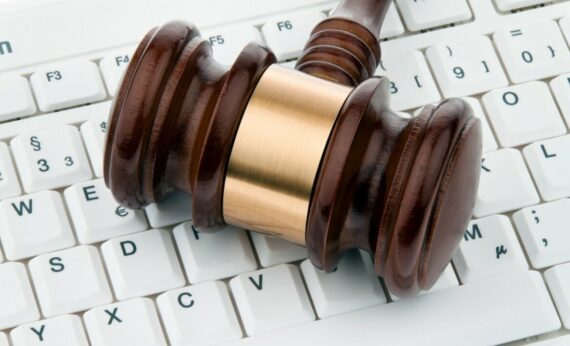 On July 15, 2016, Turkey foiled a military coup attempt orchestrated by the Fetullah Gülen Terror Group (FETO), which has infiltrated every sphere of public life in guise of a simple religious congregation for decades. Motivated to seize power in the country, this insurrection was organized by brainwashed FETO operatives who can use every means possible to reach their goals and have neither discernment nor respect for any values. The FETO cult has been revealed to have a peculiar organizational structure that is unprecedented over the course of the Republican period. On July 15, the Turkish nation was confronted with the most dangerous and shadowy criminal enterprise in its history. Abusing the legitimate means of the state in order to reach their illegal goals and ideals under the protection of global power groups, this cult now poses a threat not only to Turkey, but also to Islam and to the future of the Muslim world.

Along with infiltrating every sphere of life, FETO has also designed and controlled the country’s political life with numerous masterful perception operations that shaped opinions in public and private sector for years. The terror group seized power by manipulating the business world and using intelligence organizations, security-related institutions and the judiciary in line with their own goals and interests. But how could FETO obtain such widespread influence? What kind of tactics and methods did the terror group employ to grow to such an extent? To put it otherwise, how was the groundwork of this deception laid? And most importantly, how could the group’s infiltration activities and coup and chaos plans remain covered for years? How could it be unraveled that FETO is actually a criminal enterprise in guise of a religious congregation?

So far, much has been said with regard to the plotting and deceiving skills of FETO and its leader Fetullah Gülen. FETO’s former attempts to wreak havoc on Turkey include the Roboski sabotage in 2011, the National Intelligence Organization (MIT) operation in 2012, the Gezi Park incidents in 2013, the Dec. 17-25 judicial coup attempt case in 2013, the operations on MIT trucks in Hatay and Adana provinces on Jan. 1 and 19, 2014, and the Kobani uprising on Oct. 6-8, 2014.

The retrospective inquiries conducted in the archives of the judiciary and the security directorate and the confessions of several FETO members following the Dec. 17-25 judicial coup attempts revealed that FETO had developed a chain of ploys to stage a coup as of the year 2008. Having designed and controlled almost all the political movements in the country including the main opposition party, FETO was eventually confronted with the Justice and Development Party (AK Party) and the Turkish President Recep Tayyip Erdoğan, who has constituted the greatest impediment to the terror cult so far. When the chronology of the FETO’s operations and plots are examined in retrospect, this is the first aspect catching the eye in the picture. Also, in the chain of ploys unraveled in the Tawhid-Salaam Jerusalem file that was uncovered subsequently.

In 2009, FETO also influenced the opposition parties. The terror group heavily influenced the main opposition Republican People’s Party (CHP) administration and then intervened in the inner affairs of the Nationalist Movement Party (MHP) to a serious extent. The MHP establishment could recover from FETO’s harm only after the July 15 attempted coup. Nevertheless, FETO could never achieve its goals regarding the AK Party administration. When the group failed to intervene in the AK Party, it planned to topple Erdoğan during his term as prime minister by sabotaging the government’s Syria policy through wiretapping Erdoğan’s meetings at his Dolmabahçe office with former Syrian National Coalition for Opposition and Revolutionary Forces (SNCORF) President Ahmad Moaz al-Khatib and Hakan Fidan, the chief of National Intelligence Service (MIT). All their ploys were interrelated and complementary to one another. The ploys eventually upset President Erdoğan but never managed to impact his power or determination. Understanding that they would not achieve their goals with their plots in guise of legal case files, the global deception group FETO executed its ultimate plan on July 15 but failed once again.

The most important feature of FETO that turned the group into a global power is its ability to effectively use the intelligence it obtains in accordance with its own agenda. FETO particularly stands out with its high competence in intelligence and espionage activities. The group managed to organize and form networks at every spot promising power, strategic information or money. By organizing within the civil service, MIT, the Turkish Armed Forces (TSK) and the General Directorate of Security, FETO founded a deep intelligence network in the realm of “security bureaucracy.” All the collected data were accumulated in a major intelligence repository. To achieve their goals, FETO used and manipulated the data and documents available in the repository against the persons or groups they wanted to eliminate.

FETO’s wiretapping activities across the country reached several million lines. Wiretapping international and national communication traffic of the state administration, the terror cult irrevocably destroyed the data stored in a total of 2,003 computers at police departments in December 2013 and January 2014. The data and servers at the Istanbul Security Directorate were deleted with no possibility of return. Still, some vital data was obtained with regard to the FETO-linked judges and prosecutors endeavoring to justify the illegal wiretappings of FETO, which was motivated by the goal of absolute power. The FETO-linked judges and prosecutors were the key operatives of the terror cult who abused legal means for the sake of the group’s interests.

In the inquiries which began prior to the July 15 and were completed in the aftermath of the coup attempt, it was found that the FETO-linked judges and prosecutors had direct or indirect contacts with other FETO operatives based in the U.S., Spain, Germany, Austria, British Indian Ocean Territory, Sudan and France. More interestingly, it was revealed that the FETO-linked judges and public prosecutors who worked at different units had conversations with the same international telephone numbers. It was also found that some relatives of these judges and prosecutors, who were in charge of Turkey’s most significant investigations over the past 15 years, had economic ties with the business circles now being investigated for financing FETO.

The terror group has a colossal archive which includes technical surveillance and wiretapping records acquired with advanced devices, illegal recordings of public personnel, and information on the students affiliated with the group, including their families. This archive partakes of the group’s memory, encompassing data on each spot inside and outside the country where the terror group has been active. The data recorded by every operative with regard to their own unit are much more profound and detailed than the data found in most intelligence agencies. The comprehensiveness of their archive stems from the fact that each FETÖ member has operated as an intelligence agent.

FETO liquidated the targeted persons or groups through a three-phased strategy that has used the personal information available in the intelligence and archive records.

In the first phase, intelligence was collected about the person to be liquidated. The data regarding the targeted person or group was conveyed to the writers holding sway over public opinion and then announced to masses that was merely an allegation.

The second phase was employed after these allegations had a broad repercussion through the journalists affiliated with FETO in the mainstream media. The allegations became controversial topics across the country by means of the reports released by certain media outlets, such as the daily newspapers Taraf, Zaman, Bugün and the TV station Kanaltürk.

In the final phase, some operations to manipulate and shape opinions were made through social media and press organs with an aim to “spur anti-government sentiments,” “mobilize the masses” and “undermine state institutions and bureaucracy.” In the summons issued for intelligence chief Hakan Fidan on Feb. 7, 2012, and in the Dec. 17-25 process, professionally executed strategies were pursued to overthrow the government with these methods.

FETO has innumerable illegal methods to use against its targets, which vary according to the targeted person’s profession, family life, personal weaknesses or social status. The group tried to economically damage its self-employed targets in a way contradicting the free competition conditions in the market or had them audited on various pretexts by its members who had infiltrated the civil service. FETÖ exerted pressure on its targets mainly through its disciples in the civil service.

Some of their methods can be listed as follows:

1- Sending anonymous letters or e-mails regarding the personal or professional life of the targeted person which contain aspersions on the person to discredit them before the public or the institution they work for. Opening civil or penal lawsuits against the persons, imprisoning them based on the aspersions, defaming them in their personal, social or professional life, impeding their appointment or promotion, disrupting their family order, etc.

2- Asserting various claims against the targeted institution or its administrators and employees via internet by using various servers that hide the claimer’s identity. Releasing footage or tapes of the targeted persons which pry into their private life and cannot be verified. Announcing such leaks to the larger masses through their legal offshoots who give credit to the relevant website.

3- Announcing doctored digital data to public that is obtained with illegal methods through the medium of FETO offshoots in security units or strategic institutions.

4- The targeted person is forced either to pay large amounts of “himmet”, the word referring to donations to Gülen charities, or fulfill another demand compelled by FETÖ with threats and blackmail such as releasing digital data on their private life or ostracizing them from their professions by filing a penal or civil lawsuit against them.

All these practices demonstrate that FETO is a terror group which has become organized in civil society for years, infiltrated key state institutions by using different guises and has operated like an intelligence organization connected to international power groups. This is the structure of the terror cult Turkey has been fighting against.

Kemal Gümüş is currently a correspondent for a Turkish Newspaper, Star.