How Gülen adopted the Assassin’s Strategy

Even if Fetullah Gülen did not examine and take after Hassan-i Sabbah and his Hashashin – which is very possible – it's definite that he uses the same strategy and methods in his campaign for power veiled by religion. Some may argue that they don't share any similarities as Sabbah and the Hashashin are known for their zealotry and for coining the term "assassin" for the Western civilization. 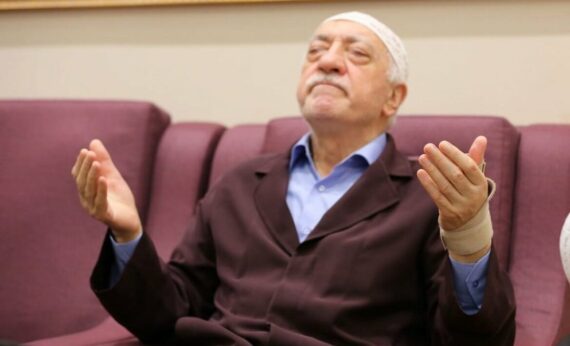 Even if Fetullah Gülen did not examine and take after Hassan-i Sabbah and his Hashashin – which is very possible – it’s definite that he uses the same strategy and methods in his campaign for power veiled by religion. Some may argue that they don’t share any similarities as Sabbah and the Hashashin are known for their zealotry and for coining the term “assassin” for the Western civilization; however, the Hashashin weren’t only an association for assassins that killed just for profit. Indeed, as it has been underscored by many articles written on Gülen’s organization, the Hashashin were attributed with many terms such as state, cult, faction, sect, order, organization, movement or a school in the historical literature. As multifaceted organizations, they are inevitably seen in different – contradictory, even – lights.

While Sabbah vied for power with its da’is (who invites people to a cause) who appeared like dervishes that were sent from Alamut Castle to the Seljuk Empire, Gülen sought to possess power through his “Hizmet volunteers” that first originated from Erzurum and then from Pennsylvania. Gülen is more successful than Sabbah in terms of conveying synchronized messages to his followers and using various overt and covert systems simultaneously. On one hand, he tries to overthrow the state by establishing another state within it, on the other hand, his organization appears like a civil society movement that peacefully spreads their belief. They seem the same!

Hassan Sabbah’s base of operations, Alamut Castle, which was used against the Seljuk Empire, was built at a fortified location, on a mountain with an altitude over 2,000 meters. According to some reports, Sabbah didn’t leave his room much, let alone the castle, until his death in 1124. Historians extract that Sabbah would devote much of his time to reading and writing and that he maintained his appearance as an ascetic throughout his life. Even now, when you google Fetullah Gülen’s name, you may find hundreds of articles in numerous languages about his tolerance, intellectual capacity and piety.

While the Hashashin captured the Alamut Castle and its surroundings through various trickeries, Gülen and his so-called Hizmet Movement captured the metaphorical castles in Turkey (and also many other countries) following the same methods with success. The Hashashin benefited from the lack of an intelligence organization in the Seljuk Empire; Gülenists, on the other hand, infiltrated the most confidential state institutions of Turkey, especially the Turkish army, and festered over the years.

The Hashashin were divided into five segments; similarly, Gülen’s organization also has a strict hierarchy. As it was the case with the Hashashin, Gülenists conducted their operations through an organization based on “imams”; there were imams for each city, district, neighborhood and even occupation. While the Hashashin served at houses to propagate their belief and recruit new members, Gülenists served at the so-called “light/radiant houses” for 40 years. “Hizmet volunteers”, just like da’is, befriended young people, engaged with them at evening talks and lastly invited them to the cause. Analogous to the Hashashin, the Gülenists also forced the member who vowed secrecy to pay a regular fee correlated with their income. Unlike the case of the Hashashin, becoming a member of an organization in Turkey was a great advantage. Gülenists were unrestricted and unbound, so to speak; regardless of occupation, it meant you had a free pass.

Even though Gülenists were affiliated with certain assassinations in Turkey, the most important being the assassination of journalist Hrant Dink who was of Armenian descent, many weren’t convinced. Yet, as Turkey experienced on the night of July 15, the Gülenists’ target was President Recep Tayyip Erdoğan, similar to the Hashashin’s assassination of their greatest enemy, Seljuk Vizier Nizam al-Mulk. Just like the zealots of Sabbah, Gülenists lived an inconspicuous life and waited for decades to receive an order.

The Hashashin were known for their ability to blend in and do whatever the situation necessitates. According to the occasion, they dressed like sufis, beggars, the rich or scholars. Indeed, Nizam al-Mulk was killed by an assassin that dressed like a sufi. On the other hand, the Hashashin didn’t assassinate only prominent figures and state officials; they also killed anyone who were a perceived threat or opposed them. Unlike Sabbah and his zealots, Gülen and his followers also resorted to character assassination. They have carried out these character assassinations through various means: by employing their own media outlets to commit slander, by blackmailing, plotting against individuals or plainly threatening their targets.

Austrian orientalist Joseph von Hammer’s description of the Hashashin (1818) also accurately describes the contemporary Gülenist Terrorist Organization (FETÖ): “… that union of impostors and dupes which, under the mask of a more austere creed and severer morals, undermined all religion and morality; that order of murderers, beneath whose daggers the lords of nations fell; all powerful, because, for the space of three centuries, they were universally dreaded, until the den of ruffians fell with the caliphate, to whom, as the centre of spiritual and temporal power it had at the outset sworn destruction, and by whose ruins it was itself overwhelmed.”

As it can be traced from Gülen’s books and his followers’ discourses, they were defending a conservative, orthodox Islam and were nationalist to the degree of being racist against Kurds during the first 20 years. Gülen, at the time, was a religious leader who criticized Turkey’s ultra-secular policies and had rigid rules about the interactions and relations between men and women. Moreover, he was abasing the West, defining it as the source of all evil and the devil himself.

Regarding this discourse, conservative circles believed Gülen headed a run-of-the-mill religious congregation in the Middle East. Gülenists’ practice of taqiyya (deception) – that they hid their beliefs and acted like Kemalists, leftists or Alevis – wasn’t unknown to conservative circles, if they didn’t hide it, it would be impossible for them to exist within the judiciary, police force and bureaucracy. They were living a double life perforce.

Their deception wasn’t a secret to Kemalists as well. The Kemalists’ approach was a bit different. They believed the Gülen Movement was a part of the US’ moderate Islam project; however, they thought that Gülenists were only acting like moderates. In reality, Kemalists thought, that they would one day execute a revolution like Ayatollah Khomeini of Iran and overthrow the regime in Turkey. Hence, after the investigation by the Chief Public Prosecutor of Ankara State Security Court in 1999, a trial against Gülen was commenced on August 22, 2000 with the charge of attempting to overthrow the secular regime and to instate theocracy. Yet, Gülen was long gone; he left for the US in March, 1999.

Gülen’s anti-Western discourse faded when he stepped foot in the US. The evil West turned into the holy West. He had to appeal to the Western public opinion; otherwise, financial resources and the schools he commanded to be opened in all around the world, including the US and Europe, would be at peril. For the West, this international organization was reminiscent of sects like Moon and Scientology; however, at the same time, it had an Islamic appearance. Especially after 9/11, it wasn’t easy to exist in the West. Gülen would adopt a new discourse after going to the US, insomuch as including the following section in his book titled “Fasıldan Fasıla 5 (Chapter by Chapter V)”:

If they told me at the gates of Heaven that the East and the West merged without losing their own particularities and are in complete harmony, I would consider it as one of the greatest tidings I was given in this life.

In another of his statements, he became more than a religious figure who thought about hell and heaven. Even though Gülen became a subject of investigations by security forces, prosecutors and secret services of the US and Germany, he was able to influence public opinion successfully.

With his positive discourse about the West and the permission for university students with headscarves to “remove their headscarves,” he also won the hearts of secular circles in Turkey. Those who were previously suspicious about Gülen started to follow the way of the former Prime Minister and the Democratic Left Party Chairman Bülent Ecevit (Gülen and Ecevit always held each other in high esteem) and trusted Gülen. After all, Gülen and his followers “weren’t threatening; moreover, they were acting in the interest of the nation and the state, as they were teaching children abroad the Turkish language in their schools.”

Even though it’s a bit late, today everybody is aware that Gülen is targeting Turkey, just like the Hashashin targeted the Seljuk Empire. Yet, could they have other aims? Prof. Dr. Hilmi Demir, who has been conducting research on Gülen for 20 years, has investigated Gülen’s statements in his books. What does the reincarnated Hassan-i Sabbah say? Those who are suspicious about it should read Gülen’s books, listen to his recordings and see what he says. For instance, in a book he says the following:

“Time is definitely ticking away in our interest. We may be lacking certain dimensions, aspects at the moment; however, one can predict how a fetus will grow in its mother’s womb. Our situation is similar to that. Labor is drawing near seemingly. Reconciliation of hearts is important in this matter. If not today, tomorrow a congregation has to seize the power of this world from those who are irresponsible.”*

“Then, those who embrace the future should become a footman for it, instead of waiting the time to come. So, when the future comes, it could take the lead of the army.”*

There’re many other instances of these kind of statements directly quoted from Gülen’s own book called Fasıldan Fasıla I (“Chapter by Chapter I” in English); so, you should read them and reach a conclusion. What affair does a religious congregation have with intelligence, who holds the power of this world and why would a congregation aim to possess this power? Maybe Turkey isn’t their only target!