Egyptian media outlet Mada Masr argued that due to the fear of domestic reactions, the Egyptian government ordered media channels in the country not to cover any news related to the 60 Minutes interview on any TV channel, newspaper, or website. 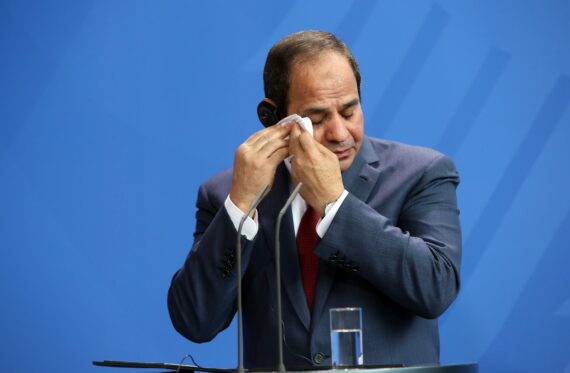 Egypt’s President Abdel Fattah Al-Sisi, who is behind the 2013 military coup, made headlines in the international media with a new scandal, which was initially planned to be a public diplomacy campaign. When accepting to give an interview to one of the most successful news programs in the U.S. – 60 Minutes – Sisi thought that it might contribute to enhance his global image. However, a series of events in relation to the interview created an opposite reaction.

The Sisi regime requested for the 60 Minutes interview with Sisi not to be aired as they feared that his comments would damage the government in Cairo.

The producers refused the request and made a short video of how the events unfolded. This further angered the Egyptian regime, but Cairo was not successful in preventing the program from being aired. CBS aired the interview on scheduled time – January 6, 2019. Apart from the topics covered during the interview, the initiative to prevent its broadcast caused further embarrassment to the Sisi regime, which has been struggling with political, economic, and security problems at home.

In July 2013, acting as the Defence Minister, Sisi ordered the military to remove the democratically elected President, Mohammed Morsi, and put him in prison. In the aftermath of the coup, a serious campaign of arrest was launched against the largest civil society in the country, the Muslim Brotherhood, of which Morsi was also a member. The main reason for this campaign was that the movement did not accept the military takeover and requested democratic and civilian institutions to be reinstated. In a nationwide campaign, tens of thousands of members of the Muslim Brotherhood were arrested and taken into high-security prisons all around the country. Despite calls from international human rights organizations, the Sisi regime continues to hold more than 60 thousand civilians in prison, including the leaders of the Muslim Brotherhood – just because they did not support the military coup.

Despite calls from international human rights organizations, the Sisi regime continues to hold more than 60 thousand civilians in prison, including the leaders of the Muslim Brotherhood – just because they did not support the military coup.

Sisi was also questioned about his role during the Rabaa massacre, which took place on August 14, 2013, and claimed the lives of over 1,000 civilians. When Sisi was asked whether he gave the orders of the massacre, he replied, “there were armed men in the square, we peacefully tried to disperse them for days but were not successful.” Sisi’s response was perceived as a confession of him giving the orders for the most violent massacre in the modern history of Egypt.

Another issue that was widely discussed following the interview was Sisi’s comments on Egypt’s cooperation with Israel. When asked about the nature of the cooperation between Cairo and Tel-Aviv, Sisi confidently said that there is a wide range of cooperation between the two countries. Sisi also emphasized that Israeli forces support the Egyptian army in its operations in the Sinai Peninsula. His comments on Israel received strong criticism from the Arab world, as many social media users criticized the Egyptian leader for betraying the Palestinian cause.

Egyptian media outlet Mada Masr claimed that due to the fear of domestic reactions, the Egyptian government ordered media channels in the country not to cover any news related to the 60 Minutes interview on any TV channel, newspaper, or website.

The 60 Minutes interview was a serious failure of public relations strategy of the Sisi regime. The program was aired on the same day that Sisi attended the opening of a newly built church and mosque, which were constructed at the controversial new capital project in the desert, 45km outside of Cairo. The opening ceremony was also meant to serve the Sisi regime’s PR campaign, but due to the damage caused by the 60 Minutes program, none of the international media outlets showed any interest in publishing stories about the mosque and church projects. Even Donald Trump’s tweet was not enough to attract attention to the opening ceremony in Egypt.

The 60 Minutes was aired hours after the opening ceremony of the giant mosque and church projects. However, the debate over the program and Sisi’s comments caused a significant impact on his deteriorating perception, let alone contributing to his popularity. Finally, Egyptian media outlet Mada Masr claimed that due to the fear of domestic reactions, the Egyptian government ordered media channels in the country not to cover any news related to the 60 Minutes interview on any TV channel, newspaper, or website.