Defending everything in the name of freedom of press blindly and carelessly no matter what human and state security requires, would cause a more disastrous environment for all stakeholders. 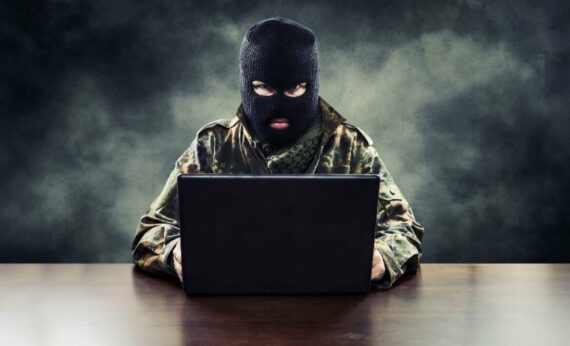 Today, the speed of radicalization is almost the same for media and terror organizations as a result of an entirely networked world. In the past, terrorists needed to access mainstream media to achieve their objectives throughout the masses. Now, the sky is the limit as social media has changed the fundamentals of communication.

SecurityBy Mustafa Caner
Since social media first boomed, the whole discourse; interaction, methods and the way of communication have changed. Evidently, terrorism and radicalism has been benefitting from it with maximum capacity and without any control and limit.

The vital question has been asked for many years whether the media is one of the biggest oxygen suppliers to terrorism and its free publicity. So this reminds us of Baudrillard’s thesis, which claims that terror would not exist without media coverage.

The newsmakers and the media overall have to be sensitive on this but unfortunately, many examples show that the media either lost its empathy or play the “your terrorist my terrorist” hypocrisy. Instead, we observe more tabloidization in the media and ascending sympathy on violence, even legitimizing the terror and violence through free and easy publicity through social media.

Given the fact that it is not a new paradigm of our days, the two; media and terror have been sharing a symbiotic relationship for decades.

They both need an audience to call out, tactics to attract them and keep their attention as high as possible. These congruent aims were shaped by the technological transformation in the media in especially the last two centuries. Simultaneously, this has created a major shift in language, techniques, scale of audience, logistics and the structure of terror organizations.

Given the fact that it is not a new paradigm of our days, the two; media and terror have been sharing a symbiotic relationship for decades.

As the last chain of this process, social media has changed the dynamics fundamentally. It has eliminated the terrorists’ dependency on mainstream media, reversing the relationship by making mainstream media dependent on the radicalist-terrorist-run social media.

Throughout the modern era nothing was real unless it got published or took the attention of the mainstream media, either news agencies, newspapers or television channels. In other words, whatever was in conventional media had to be perceived as an absolute truth.

On the other hand, terror organizations always knew how to use the media and grasp the politics of news making and how it works under certain rules and logic. Terrorists adapted their actions accordingly with media strategies to take maximum views in the media before or after their terrorist activities.

In a just few years the terrorists started to use cheap portable cameras, and editing software required just a basic set of technical skills.

Today all types of terror organizations in the world use social media as one of their most influential propaganda and recruitment tools. In the early 2000s digital media arrived and dramatically altered the way terrorists operate. In a just few years the terrorists started to use cheap portable cameras, and editing software required just a basic set of technical skills.

Meanwhile social media has changed the use of media by terror organizations dramatically and also the structure of these organizations, bringing a huge new power of mobility, outreach, distribution and recruitment over the digital-internet media. So we came to see in western literature the concept of “leaderless terror” and “tweeting terror.”

Overall, social media has become a tool to maximize the distribution of propaganda, to recruit new members, and communicate with and motivate rank and file members of the terrorist organization and its relevant audience.

The Example of Daesh

DAESH was born into the emergence of a new media environment and it became the first terror group to fully exploit the digital revolution. By the end of 2011 the group was sending clips of killings of Iraqi government officials, multimedia messages, and short movies on social media platforms.

DAESH uses social media to easily mobilize its supporters as well as its propaganda machine, sending a message to its enemies.

The terror group operates in multiple theaters of war and connects its members with tactical support groups outside the combat zone, eliminating geographical constraints. For instance, the San Bernardino, California attackers in 2015, were not rank and file members of DAESH but they published a post on Facebook to show their obedience towards the group’s leader Baghdadi. So older “legacy” terrorism existed alongside the less structured “new” type of hybrid terrorism, with no communicative and geographical limitations.

DAESH uses social media to easily mobilize its supporters as well as its propaganda machine, sending a message to its enemies. Social media also transformed the organizational structure in order to prioritize the ideology not the organization. In other words, through social media DAESH has encouraged individuals who are already dedicated to its ideology to act alone.

The PKK’s and FETO’s Usage of Social Media

Social media also has been extensively used by the PKK and the Fetullah Gülen Terror Organization (FETO). They use social media tools as propaganda and recruitment tools to reach out to their audience inside and outside Turkey.

Constantly, they propagate their view on current domestic political discussions and tensions, which are often not even directly related to their cause. Therefore we can easily see when PKK accounts are talking and opposing Gülenist arrests or detentions, which they ostensibly should not care about under normal circumstances.

In the PKK’s case, they use Facebook and Twitter to attack users who are mostly young people between 15-25 years old and who are also most suitable for being manipulated. Many PKK/YPG and PYD related social media accounts include devoted members, sympathizers and supporters. The groups also use automated accounts, called bots, to flood the media sphere with repetitive messages, accounts often managed from outside Turkey.

According to recent security analysis and reports on PKK social media activities, the number of accounts is declining as a result of the rapid dissolution of the organization on the ground. So this is an important finding, that if the security apparatus is successful on the ground, that reflects positively on social media as well.

This is the same case for FETO, whose media relations are more complex because they did not need social media, as they once had their own propaganda tools in mainstream media. They were financing many media outlets, including newspapers since the mid 1980’s. They owned TV channels until they were closed right before the failed coup attempt. After then FETO has become more heavily active in social media, mostly from outside Turkey. Some of their most prominent thinkers and personalities have formed anonymous accounts which portrayed themselves as whistleblowers, apparently even knowing and calling the date and details of the coup attempt.

The terror group has continued propaganda for the success of the failed coup afterwards. The members of the outlawed organization used social media with bot accounts this time because many rank and file accounts were suspended.

Currently, they lead social media mostly overseas because Turkey has started to detain thousands of people controlling bots or anonymous accounts related to FETO. By December 2016, 1,263 FETO-related account users on Twitter and Facebook had been detained.

The twitter account @jeansbiri has become a phenomena on Twitter among all the opposition groups including prominent politicians and actors in Turkey. However they were not the only ones who celebrated this account, because it helped other opponents block accounts to get a blue verification mark on Twitter. There was also PKK members and sympathizers among them. In November 2016, the owner of the @jeansbiri account, Ahmet Kemal A., was detained and charged with being a member of the Fetullah Gülen Terror Organization. During that time @jeansbiri has also spread the hashtag #aksilahlanma or “AKArmament” which claimed the governing AK Party “was getting conventionally armed against the opposition in Turkey”. This hashtag was supported by PKK related accounts by then.

For instance, since the PKK uses very current political discussions in regards to the HDP members’ detentions, it is seen that the same PKK accounts are promoted by FETO member’s accounts. Since the FETO members tend to use a religious tone more than the PKK in their messages, they try to be seen as just another opposition block in Turkey.

What to do with terrorists in social media

Many studies find it is often taken for granted in popular discourse that the internet and social media play significant roles in radicalizing youth, and giving extra oxygen to terror and its propaganda, rather than being judged on newsworthiness or being a source of positive change. So in this regard besides preserving the technology’s beneficial social aspects and fundamental freedoms, countering social media requires collaboration with other disciplines and institutions, including the state, security apparatus, and academia in all aspects.

The latest studies also indicate that there is no effective communication and information exchange between the state and security apparatus and social media. It leads to a further dilemma for media, to make a choice between terror propaganda and news worthiness and the public interest. In fact, defending everything with freedom of press blindly and carelessly no matter what human and state security requires, without any exception under any circumstances, would cause a more disastrous environment for all stakeholders.

Nur Ozkan Erbay has previously worked as an economy reporter in Istanbul Turkey, Washington and New York Representative for Turkish media outlets in the United States. Lately she was the Director of News for TRT-TÜRK Channel and presenter of two hard talk programs. Erbay is currently the Ankara Bureau Chief of TRTWORLD.