How the Global and Turkish Economy will appear in 2017

After a tough year in 2016 everyone wants to be optimistic about this year. Although there are still some uncertainties, it is expected that the global economy and the Turkish economy could fare better in 2017. 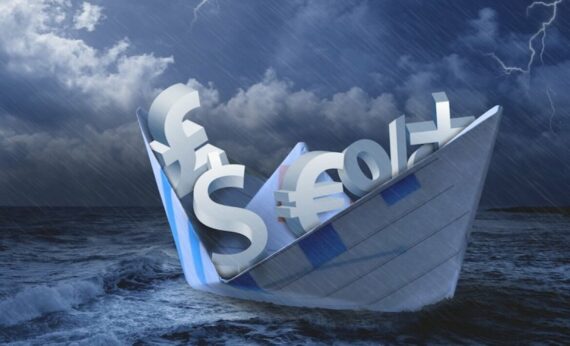 2016 had been perhaps the toughest year for the global economy since 2008, which was the year that Lehman Brothers collapsed and the world faced a truly global financial crisis. China’s slowing economic growth, Brexit, Donald Trump’s economic promises, the US Federal Reserve’s (Fed) interest rate decisions, and the increasing fragility of European banks descended over us like a nightmare for the global economy. To be honest, as an economist, it was even difficult for me to track the news flow in the global economy last year. The fluctuating course of the global economy effected Turkey too, inevitably. 2017 is already a candidate for a dynamic year for the economy.

SecurityBy Serhan Afacan
The most curious subject for the global economy for 2017 is the future of the American economy under a Trump presidency. Donald Trump is going to take charge of an economy with strong growth, rising inflation and a low unemployment rate. In the electoral period he promised to cut tax rates, increase spending on infrastructure and defense, and ease economic regulations. Considering his statements after the election and his newly established cabinet, it seems that he will strive to be a man of his word. But, of course, the actions of President Trump will be different from the promises of presidential candidate Trump. Even if Trump can do some of what he promised, his economic policies will increase both growth and inflation further.

The most curious subject for the global economy for 2017 is the future of the American economy under a Trump presidency.

In the final meeting of 2016, the Fed raised interest rates by a quarter percentage point to between 0.50% and 0.75%. The Fed forecasts three interest rate rises in 2017. The Fed will implement a tighter monetary policy to fight increasing inflation caused by Trump’s expansionary fiscal policy. But, it is not so clear whether a policy mix of expansionary fiscal policy and contractionary monetary policy will strengthen the U.S economy. This policy mix will cause the dollar to appreciate and the public debt to increase. A strong dollar will inevitably harm the export performance of the U.S. Therefore, this policy mix might increase both the trade and public deficit, exacerbating the twin-deficit problem of the U.S. So at the end of the day, it would not be so easy for the Fed to increase interest rate three times in 2017.

EU countries have not breathed a sigh of relief since the global financial crisis spread to the EU in 2010. Growth remains sluggish; unemployment is still high and some big banks cannot restore their balance sheets. To shore up growth, the European Central Bank (ECB) decided to continue its quantitative easing (QE) program until December 2017, but at a slower rate. The Fed and the ECB are using exactly the opposite policies. Therefore, the value of the dollar against the euro will continue to increase in 2017. This can give the EU a competitive edge in exports, which will bring higher growth.

EU countries have not breathed a sigh of relief since the global financial crisis spread to the EU in 2010.

The economic performance of EU countries also depends on the banking sector. The ECB’s negative interest rate policy is hurting Eurozone banks through profit margins. The Italian government set a 5 billion euro rescue package to bail out Monte dei Paschi Siena (MPS), which is the oldest surviving bank in the world. Although this package was adequate to rescue MPS, there is a concern that it will not be enough to stabilize the entire Italian banking system. There are some serious concerns about two big German banks as well, Deutsche Bank and Commerzbank. So, the European banking sector will be monitored carefully in 2017.

In 2017, Britain will grow faster than forecasters predicted during the referendum process.

In 2017, Britain will grow faster than forecasters predicted during the referendum process. Before the referendum many politicians, economists and analysts claimed that Brexit would cause a recession. But, so far economic indicators have shown that this is not the case. The way Britain will exit from the EU (whether it will be a soft exit or hard one) is critical for the future of the British economy. Brexit will cause headaches in some areas (e.g. the financial sector and labor market) in the short-run. But, in the long-run, Brexit can make the British economy stronger.

We should not skip China when talking about the global economy. China is still suffering from a transition from an export-led growth model to a consumption-led one. This is not an easy process. It seems that the Chinese economy will be on a more stable path this year. Parallel to 2016, it is expected that China will grow between 6-7% this year. But, it must be noted that growing debt and the shadow banking system are still two important challenges that the Chinese government should deal with.

After analyzing the global economy, let’s talk about the Turkish economy. The Turkish economy shrank in the third quarter of 2016 for the first time since 2009. This contraction occurred mostly due to the failed coup attempt and working day losses due to religious holidays. Economic growth is expected to pick up gradually in 2017. Leading indicators are showing that consumption and production recovered in the fourth quarter and the Turkish economy ended 2016 with a modest growth rate.

Monetary policy might not support economic growth in 2017. If the Fed increases interest rates aggressively, the Central Bank of the Republic of Turkey (CBRT) will have no option but to tighten monetary policy by raising interest rates. This situation is not unique to Turkey. The Fed’s interest hike and the rise in the US bond market rates are reducing the demand for emerging market assets. For this reason, emerging market central banks will increase their policy interest rates in 2017. This trend already began in November 2016.

Economists and businessmen are more optimistic about the export performance of Turkey in 2017.

In a situation where expansionary monetary policy is not on the table, expansionary fiscal policy should step in to bolster economic growth. Thanks to restructuring of the public sector, Turkey has ample space to implement expansionary fiscal policy. A low public deficit and debt strengthen the government’s grip on this issue. The government should use demand-stimulating fiscal policies and put new structural reforms into practice to restore consumer and business confidence. Increasing domestic consumption and private investments is vital to nurture economic growth.

Economists and businessmen are more optimistic about the export performance of Turkey in 2017. But, export cannot be the main driver of economic growth this year. Restoring relations with Russia, depreciation of the TL and moderate oil prices are positive signs for the current account balance. Restoring relations with Russia since the second half of 2016 will continue to increase export and tourism revenues in 2017. Although the depreciation of the TL has not caused a high increase in exports so far due to weak global trade and high dependence of Turkish export goods on imported inputs, a weak TL is suppressing import demand. OPEC agreed to cut oil production for the first time since 2008. Although this will cause an increase in oil prices, under the assumption that all members of OPEC keep their promises, market analysts do not expect a sharp increase. It is expected that oil prices will fluctuate between 55 and 65 dollars per barrel in 2017. This may cause a slight increase in the current deficit, but this effect will not be so salient.

After a tough year everyone wants to be optimistic about this year. Although there are still some uncertainties (e.g. Trump’s actions as president, the future of the EU, geopolitical risk related to the Middle East), it is expected that the global economy and the Turkish economy could fare better in 2017.