How to Discuss Turkey’s Presidential System

In order to establish the presidential system fully, Turkey needs time and constructive discussions. Views of academics and researchers have to be considered while not forgetting that the potential existence of specific shortcomings does not hinder the successful operation of a system in general. 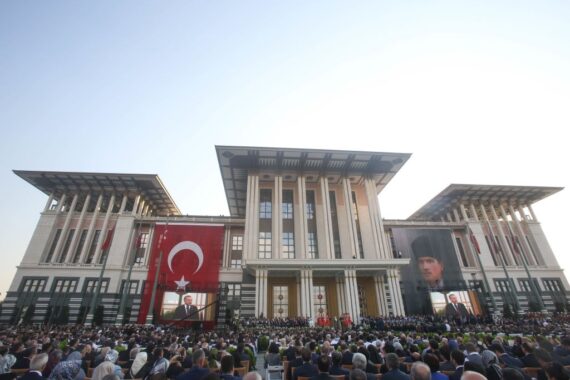 A democratic country’s system of government, or more broadly, its political system is a representation of its political experiences, specific dynamics and its institutional lessons. In this context, the search by political elites for a better and more effective system of government has a fundamental contextual background. Turkey’s new system of government, which marks its first anniversary, must be understood by taking these main points into consideration. Disregarding this will lead to commentaries or criticism that are based on an inadequate analysis and leads to the baseless praise of the former parliamentary system that had caused several problems and political crises in the past.

Despite the fact that Turkey’s new system of government, a locally-tailored presidential system, was accepted by a majority of the country in 2017, and that societal acceptance of the system is increasing, some of its current issues are highlighted by certain—rather critical—circles. Of course, it is not a secret that even the AK Party government and its current ally, the MHP, speak about the potential shortcomings of the new system which will need to be addressed.

However, it seems a bit strange that despite this, some dissidents deliberately cast doubt on the entire political system by focusing on rather irrelevant issues that legitimize their own position. These are issues which have little or nothing to do with the system of government itself, but rather with its bureaucratic application and issues of a symbolic nature. These are issues that do not challenge the political system in general and which can be addressed even without legal or constitutional changes. Moreover, the praise of Turkey’s former system does not contribute to the general discussion and undermines the credibility of any criticism regarding the new system.

Criticism regarding the new political system is focused on two main issues: the first relates to some points in the bureaucratic field and the second, on the fact that the president is allowed to be a party member. The first issue is one that most likely will be addressed in the upcoming months and years as it relates to the most important goal of a ruling government, namely, to fulfill its duties and program in order to be elected for a continuing term.

Not only do these critical voices and circles fail to say what constitutes their ideal presidential arrangement, they do not seem to be aware of the experience of other countries who have also made changes to their own political system.

This specific topic goes beyond the borders of a column piece but the question of a president’s right to be a member of a political party should be elaborated in a more considered way. If one looks at French experience of constitutional change towards a semi-presidential system of government, some similarities to the Turkish case can be found.

In France, the president is the head of the government and state. There is no obstacle to be a member of a political party. Although presidents are party members and the most important figure of their political party, they did not prefer to be the party’s official chair. Since 1958, however all presidents have acted as their party’s de facto leader and the phenomenon of so-called presidentialized political parties occurred.

Furthermore, France’s lawmakers did not adapt any parliamentary or presidential system, but they tailored a system of government with specific reference to their own political experiences and dynamics. Eventually a so-called semi-presidential system occurred and over the years several changes within the system continued. For instance, when the current French constitution of 1958 was accepted, it did not intend for the direct election of the president. However, this changed in 1962 when all presidents were elected for seven years by a direct popular vote. Another fundamental change was initiated in the year 2000 by decreasing the president’s term of office from seven to five years with the chance to be re-elected. As one notices, even the original system of government which was already successful and stable underwent fundamental changes subsequent to its establishment in 1958.

Consequently, similar dynamics count for Turkey’s path. In order to establish the new system fully, Turkey needs time and constructive discussions. Furthermore, the views of academics and researchers have to be considered while not forgetting that the potential existence of specific shortcomings does not hinder the successful operation of a system in general. These are the lessons that can be derived from a comparative and considered analysis.

Also Read
Turkey’s Presidential System: Is the CHP For or Against It?