How Turkey Can Compete with the Global Academic Market

In the last decade of our country’s history, the success stories in the field of higher education and especially the sincere efforts and experiences for aforementioned issues show that Turkey has the potential to achieve this goal. 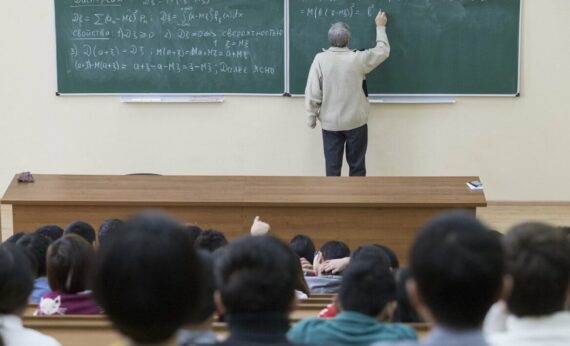 As economic growth and qualified higher education are directly related, many countries in the global competitive environment are re-evaluating their higher education systems depending on economic and social goals and they are establishing new objectives for themselves. Many countries, which have significantly increased their enrollment rates in higher education, aim to become a center of attraction for education and research in the international higher education market. In order to achieve this, huge resources are allocated and numerous large-scale and large-budget projects are introduced. For instance, examining the projects that China, South Korea and Singapore have implemented in their higher education systems over the last 10 years will be enough to understand the huge competition going on in the world, not only in the economy but also in higher education.Common features can be found when we consider the applied projects by the countries that want to establish a strong position as a worldwide intellectual hub in the global academic market (For example, see Ben Wildavsky, The Great Brain Race: How global universities are reshaping the world, Princeton University Press, 2010).

SecurityBy Serhan Afacan
One of these common features is to create projects which will transform higher education institutions and research centers of the country into a center of attraction for the world’s most intelligent and successful students and scientists. For this purpose they are primarily developing projects to ensure that successful students in their own countries are prevented from leaving the country (reverse brain drain), especially for graduate study. In addition, they make enormous investments in projects which will enable successful international students to choose their country; and at the same time they try to increase the flow of post-doctoral international researchers to their countries. Moreover, they are seeking ways to link their education and research with the most respected universities and scholars in the world and to transfer those scholars as part-time, short-term, or full-time academic staff. For instance, in 2008, with a total funding of $800 million, South Korea launched a new, five-year education project in which only foreign scientists participated to carry out research in the country.Similarly, these countries are trying to increase the number of international connections and to enhance the collaborations with top foreign higher education institutions and research centers. To this end, they focus on increasing bilateral cooperation with the world’s outstanding universities and research centers. This includes a wide spectrum of activities, ranging from implementing joint undergraduate, graduate and postgraduate programs, to establishing international multi-partner research centers in their countries. These investments can have multifaceted benefits and act as a facilitating tools to attract the kind of internationally successful individuals mentioned above. Thus, they increase the quality of education and strengthen the research capacity of the countries. And therefore, they also provide a dynamic background for their national economic developments.In order to put the aforementioned projects into effect, the states are allocating huge budgets while at the same time encouraging powerful investors in their countries to transfer resources and become stakeholders in the projects – in other words governments do not necessarily provide all the wherewithal for the projects. And countries are seeking out ways to increase funding opportunities for higher education boards. Graduates are considered to have a significant potential in this regard (raising money from alumni).

Another substantial issue is that while encouraging the financial standing and productivity of academics, it is also necessary to deliberately build a higher education culture based on merits (a culture of meritocracy). Standards for academic positions are being raised and actions are taking place in accordance with these accepted standards. This, in fact appears like an assurance of all these investments. Otherwise, it seems difficult to maintain the sustainability of achievements.

Naturally, to be able to get better results in a short time and to implement the aforementioned projects rapidly, not all of a country’s higher education institutions, but according to their specialties only those which have the potential for making progress in a short time, should be allowed to participate in these projects, and as a result these institutions are ensured to be both stronger and visible in the world. For instance, in the first quarter of the 1990s, China invested $20 billion in about 100 universities under the name of “Project 211” in order to increase the enrollment rate in the higher education and to improve the quality of existing ones. Subsequently, from the last quarter of the 1990s on, within the framework of aforementioned priorities, China launched a new project titled “Project 985” initially targeting at ten elite universities, so as to strengthen the best universities in the country. They transferred additional funds to these chosen outstanding universities, such as the University of Beijing and Tsinghua, which received $225 million over five years.

In short, countries are investing heavily in higher education systems in order to get a strong position in the cultural, social and economic competition in the world. On one hand they facilitate access to higher education for their citizens, on the other hand they undertake a great number of projects for the purpose of becoming an important hub in the international scientific network. Although it seems each project is unrelated to others, they in fact feed each other, raise the synergy of the environment and therefore increase the likelihood of the country becoming a worldwide intellectual center.

In the last decade of our country’s history, the success stories in the field of higher education and especially the sincere efforts and experiences for aforementioned issues show that Turkey has the potential to achieve this goal. In this regard, the Council of Higher Education (YÖK), universities, political leadership, and other institutions and sectors seem quite willing to struggle and seek success. This is very promising for the future. Considering the grand goals of Turkey as an important actor in the region and in the world, it is certain that there is no escape from being one of the world’s most notable intellectual centers. For this reason, while observing the international experiences briefly outlined above, it is necessary to initiate large-scale projects and upgrade the road map to include higher achievable goals that will produce new success stories.

Also Read
With Brexit and the Trump Election, Turkey Has a Chance to Draw More International Students