With Brexit and the Trump Election, Turkey Has a Chance to Draw More International Students

Recent political developments in the UK and the US point to an increased potential for push factors concerning the flow of international students and scholars, and, this may lead, although slowly, to the emergence of new centers of attraction in the world. 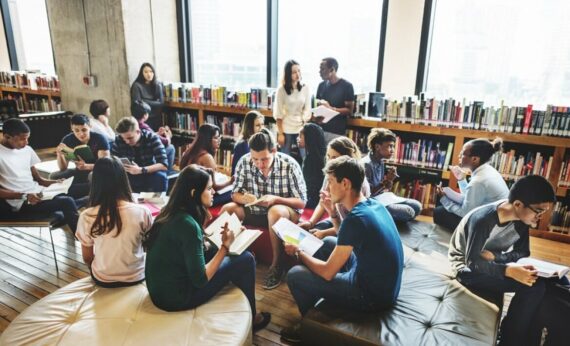 The internationalization of higher education does not just increase the quality of educational institutions in a country, but also offers the potential to make remarkable contributions over a wide spectrum, from politics and economy to social and cultural areas. Countries, which are competing for regional and global influence, are putting into practice a variety of projects with significant budgets to become an important center both for international students and scholars. In this regard, the US is the still the most attractive country for foreign learners in the world.The importance of the economic gains of internationalization of higher education is obvious given the fact that the contribution of international students to the US economy was $30.5 billion in 2015, according to the US Department of Commerce. The flow of international students and scholars to the US is one of the leading traits, which make the country’s higher educational institutions strong, dynamic, and sustainable, while it offers great benefits for the country’s economy and public diplomacy. Other countries also put in place some important incentives to compete in this race and not lose their young and intelligent brains to others.

NewsBy Politics Today
Several factors, including the quality of education, living conditions, language of instruction, and employment opportunities before and after the graduation, influence the country choice for an international student. Perhaps the most important of these factors is the visa requirements and immigrant policies, which in many ways reflect the perception of foreigners in a country. Recent developments in the UK and the US, the two most preferred destinations for international students, indicate that there would be a decrease in the flow of students and scholars to these countries. It also implies that there would be fluctuations in the distribution of the ever-growing number of international students on the global scale. This essay will first briefly discuss the recent developments in the UK and the US and will address rising opportunities for Turkey in the higher education sector.In addition to the problems that emerged with the EU on student exchange programs and related projects in the aftermath of the Brexit vote, several new decisions of the UK government to reduce net migration to the country have already made international students and scholars there, or planning to go there, uncomfortable. Theresa May, the new Prime Minister, argues that UK universities should develop sustainable funding models that are not so dependent on international students. A tightened visa regime, tougher employment conditions for international students after graduating, and the inclination of the government to include these students in net migration figures – which it is desperately trying to reduce – have already begun to reveal some of its initial results. According to a report by the Universities and Colleges Admissions Service (Ucas), the number of undergraduate students accepted from outside the EU fell by 2.3% in 2016, the first fall since 2011. This statistic reflects the decrease in both applicants and the acceptance rate. It appears that the decrease in the number of applicants seems not only limited to the non-EU countries. Although all the figures are not yet available, the number of applicants from the EU countries to Cambridge University, which has an earlier application deadline, has already seen a 17% drop.

Considering that international students are contributing £7 billion a year to UK universities and the country’s economy, several leading names from the academic and economic sectors called for urgent action to remove the international students from official immigration statistics. They also urged the authorities to change their rhetoric and policies and claimed that if this was not done, the existing policy would cause great damage to higher educational institutions and to the UK economy. According to the experts, when there is low funding from international students it will not only have negative effects on research funds but will also effect the possibility of entering higher education institutions for English students from the most disadvantaged backgrounds. These students will face difficulties in finding scholarships.

Trump’s US presidential election win sparked a hot debate among political analysts to estimate its effects on local and international politics. Some others have already started discussing how it would influence the higher education sector in the US. Trump’s xenophobic views and call for a ban on Muslims entering the US have pushed experts into pessimism since they realized the negative impact of this rhetoric on the internationalization of the higher educational institutions in the country. While the experts warned authorities about the undesirable effects of this rhetoric, it is reported that some of the international scholars who are teaching at US universities have already begun to revise their careers plans.

In a report in University World News dated November 11, 2016, Philip G. Altbach and Hans de Witt, two renowned experts in the field of higher education, pointed to three potential risks to the internationalization of the US higher education system under Trump. These risks are: a fall in the flow of international students to the US, the US becoming less attractive for international scholars due to the political climate, and a fall in donations from international graduates, an important revenue income for the higher institutions in the country. It will not be surprising to see that when international students and scholars face more stringent visa policies and Muslims are increasingly scrutinized by security services, it will result in potential students looking to other destinations where they can feel more comfortable and welcomed.

Turkey, a regional and global actor with its strong economy and great transformation in the higher education system, has the potential to take a strong place in this new formation. The Council of Higher Education (YÖK) in Turkey is working hard to develop joint projects with higher education institutions all around the world. Support programs of the Ministry of Economy for overseas education fairs, the priority given by the Ministry of Development to internationalization in higher education in state planning, Turkish scholarships and other grants provided by the Prime Ministry for Turks Abroad and Related Communities (YTB), and the Yunus Emre Institute’s branch offices in different regions of the world, have already made great contributions to the internationalization of higher education in the country. Turkey, which has no xenophobic record in its culture and historical trajectory when one compares it with the West, needs to develop a new stand that will turn the recent political developments in world politics to its favor. Turkey has the potential to become a safe and secure place for all international students and scholars, especially from Muslim countries. The current distribution of international students in Turkey, which varies greatly, reflects its potential and advantageous position in this regard.

Amidst perpetual perception boosting operations, Turkey should prepare itself for aggressive promotion campaigns that will explain to international students and scholars how Turkey is a safe destination for study, teaching, and research. Both public institutions and the Turkish academia have a greater responsibility than ever. The Office of Public Diplomacy should take a more active role in this process. To take the best advantage of this historic opportunity, it is more important now than ever that Turkish authorities urgently and systematically improve their policies to make the country a more attractive destination for international students and scholars.