Human for Sale? Human Breeding Has Become More Dangerous than the Atomic Bomb

It is fascinating that those who referred to atomic bomb as healthy children 73 years ago do not give a name to the children produced by science. Compared to this, killing hundreds of thousands of people by pushing a button is almost nothing. It is a shame to see that the humanity of today’s human producers is way behind Bainbridge and his colleagues. 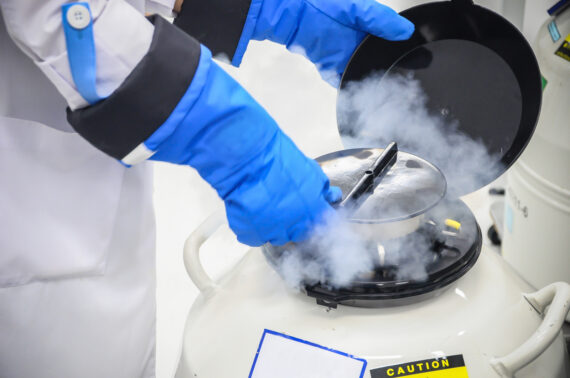 73 years ago, at one dawn in July 1945, the world’s first detonation of a nuclear weapon took place in in the Jornada del Muerto (“Journey of the Dead Man”) desert located in southeast of New Mexico, U.S. under the code name Trinity. Some 40 scientists witnessed that historic moment, and every moment and detail about this groundbreaking nuclear test passed into history. Enthralled by the view of the sky during the detonation, nuclear physicist Prof. Robert Oppenheimer, the director of the Manhattan Project who contributed to the making of the first atomic bomb, recited this verse from Hindu-Sanskrit epic Bhagavad Gita (“The Song of God”): “Now I am become Death, the destroyer of worlds.” Immediately after him, Kenneth Bainbridge, a physicist from Harvard University who was the director of the Trinity test, remarked to Oppenheimer that “Now we are all sons of bitches.”

Two days after the test, on July 18, 1945, Winston Churchill received a coded letter when he was in Potsdam Conference with Harry Truman and Joseph Stalin, which read: “Babies satisfactorily born,” referring to the success of the nuclear test.

In today’s world, it seems less tyrannical to be hit by an atomic bomb as the current state of the world is considered since the bomb can only kill you. In the present day, the human-being, the most dignified species on earth, have turned into objects that can be produced, sold and bought. It is legitimate now. Those who distorted the notion of equality legitimized “producing” children for everyone. Their raw materials are either donated or sold. When it is compulsory to state the origin and breeding conditions of imported animals, and given that the U.S. and Europe went on the rampage for this very reason several times, those “producing” humans are keeping their “material’s” origins and conditions confidential in most countries, and this process even turned out to be a state secret. In Europe and the U.S., some pick sperms from sperm banks while some others wait for donations.

Also, some do fertilize sperms and eggs in laboratories and rent incubators. After nine months, the “product” is delivered to the address of the ordering party. The address can belong to a single woman or a man, two women, or two men. This “made by science” child may not have a father or a mother, or s/he can have five parents, which means that a person can run the risk of marrying his/her own brother, sister, mother or father without knowing. And every component of this process is being legalized, legitimized and banalized. For instance, since 1980, “sperm donation” is legitimate for heterosexual couples in France. One of the promises of French President Emmanuel Macron during his election campaign was to extend this right to encompass single women and lesbian couples. The French Parliament will table and probably enact a law regarding this during fall as the French National Consultative Ethics Committee finds it “ethical.” Also in the U.S., it is possible and legal to “produce human-beings” by providing the sources in the Old Continent as almost every state in the country has a legal ground on the issue to varying extents. This ferocity spreads across the world like a pandemic!

Take a look at the discussions of philosophers, opinion leaders, politicians and journalists covered by media during these days, in which the slogans of enlightenment, positivism, humanism, Darwinism, science, human rights and equality have finally brought human race to this point. According to their fascistic and authoritarian argument, if heterosexual couples can benefit “sperm donations,” then single women and lesbians should also benefit from it. If receiving donated sperms in a way reminiscent of searching animals for breeding is accepted as an ethical premise, then it is natural to extend it. They also argue that the current situation is a discrimination against women and that the “autonomy” of a single women matters. They contend that if a single woman can benefit this right, then two women living as partners should naturally be included in the scope of the same right to prevent further unjust practices. But they go on to discuss that the risk of selling sperms looms on the horizon as it would be difficult to meet all the demands with donated sperms. In view of this problem, they are now questioning how social security mechanisms can cope with this.

It is fascinating that those who referred to atomic bomb as healthy children 73 years ago do not give a name to the children produced by science. Compared to this, killing hundreds of thousands of people by pushing a button is almost nothing. It is a shame to see that the humanity of today’s human producers is way behind Bainbridge and his colleagues.