Idlib and the Implications of a Shifting US Policy on Syria

With the recent U.S. appointment of James Jeffrey, the new representative for engagement on Syria, there are signs that Washington might listen to and understand Ankara better, especially on its Syria policy. 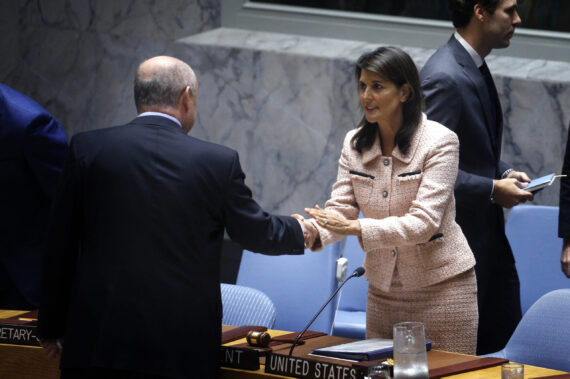 Turkey has been the most vocal critic of the seemingly impending military assault against Idlib by the Assad regime. Turkey has serious concerns about the strategic and humanitarian consequences of a potential operation. An Assad-Iran ground operation supported by Russian airpower (though limited it may be) can unleash yet another humanitarian catastrophe, producing hundreds of thousands of IDPs and refugees. A regime takeover would signal the end of the opposition as we know it. However, Turkey’s adamant stance combined with its recent military reinforcements to the 12 observation posts might bear fruit and deter the regime, at least for the time being. Given the strong rhetoric used by the U.S. against the Assad regime especially with regard to its potential chemical weapons use, Russia might not be so eager to deploy its air support to the regime any time soon.

The most recent Tehran summit that brought the main sponsors of the Astana process, Turkey, Russia and Iran, demonstrated the level of deep disagreements between these powers. While Ankara has pushed for better relations with Moscow recently, the summit showed that Turkey would stand its ground when it comes to defending its interests in Syria, including the support for the moderate opposition. Turkey has not contended itself with warnings about a possible disaster in Idlib but has taken measures to deter the Assad regime from engineering a fait accompli. Clearly, a regime assault on Idlib goes against the basic logic of the Astana process and it can seriously derail any attempt at a political solution.

The Assad regime and its supporters have shown time and again that they have little interest in a truly political process to end the conflict in Syria. The regime has been trying to “win” through a systematic effort to take over most of the country by implementing strategic ceasefires and military operations both sequentially and simultaneously depending on the region. While there has been the talk of a political process, there has been little tangible progress on that front. Turkey’s military presence on the ground and its continued support to the opposition appear to be the only true obstacles before the regime to accomplish its goals. Turkey, on the other, is trying hard to ensure that when and if the Geneva process happens, it comes to the table with a strong hand and a viable opposition to speak of.

The most recent reports indicate that there has been a quiet policy shift in U.S. policy. Having justified its military operations in the north of Syria on the Daesh threat, the U.S. political and military leaders have not been making a strong case for continued operations in Syria, albeit until recently. The recent shift seems to entail a more open-ended commitment despite President Trump’s earlier comments about leaving Syria soon. Now, the Syria policy appears to be insistent on the departure of Iranian forces from the country as well as a stronger, albeit rhetorical, posture against the Assad regime’s potential Idlib operation. It is difficult to say the U.S. and Turkey see eye-to-eye on Idlib but there are clearly strong overlaps.

A realignment could re-emerge between the U.S. and Turkey’s policies on Idlib, which could give the Assad regime and especially Russia a pause. Despite the diplomatic benefits the U.S. position may provide, Turkey has skin in the game in a way its NATO ally does not. With the recent U.S. appointment of James Jeffrey, the new representative for engagement on Syria, there are signs that Washington might listen to and understand Ankara better, especially on its Syria policy. However, there is every indication that the U.S.’s continued support for the YPG, the Syrian extension of the PKK, will continue. In fact, much of the new Syria policy might depend on this relationship. If that continues to be the case, the U.S.-Turkey agreement on Idlib may not grow into broader cooperation on Syria.

A key component of the new U.S. policy on Syria will be the focus on reducing Iranian influence in the region, hoping to enlist Turkey’s support. However, with the impending sanctions on Iranian energy sectors, it is safe to bet that the U.S. and Turkey will have serious disagreements on Iran. Turkey vehemently disagrees with Iran on Syria but it is reliant on Iran for its oil and natural gas needs. If the U.S. is interested in enlisting Turkish support against Iran’s regional influence, it will need to engage Turkey in a meaningful way beyond the somewhat limited agreement on Idlib.