In Search of a New Central Banking Framework for Turkey

A monetary policy will be helpful in smoothing out fluctuations in prices and economic activity, but it cannot bring about long-term growth. Structural reforms, smart industrial policies and a sound fiscal policy are necessary for long-term economic growth. 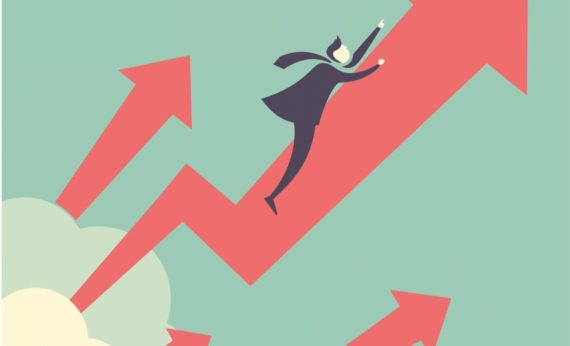 The 2000/2001 crisis was one of the most catastrophic economic events ever experienced by Turkey. The crisis revealed the known – but somehow constantly ignored- fact that Turkey desperately needed a structural reform. Following this, Turkey experienced an intense reform process, which became a success story for many developing countries.

NewsBy Dilara Ozer
Since the fragility of the banking sector was considered to be a major cause of the crisis, policymakers gave priority to banking sector reforms. The Banking Regulation and Supervision Agency (BRSA) was mostly in charge of implementing and monitoring the banking system reforms. But, during this reform process, policymakers also worked on the functionality of the Central Bank of the Republic of Turkey (CBRT). The Central Bank Law was amended in April 2001. The primary objective of the CBRT was determined as achieving and maintaining price stability. This law fully authorized the CBRT to choose its monetary policy instruments in order to control inflation.Reducing inflation, which was 68% at the end of 2001, to single-digit levels was the top priority. After the crisis, the CRBT decided to adopt implicit inflation targeting for the period of 2002-2005. The outcome of this regime was highly successful and the CBRT achieved the reduction of inflation to single digits. This success prompted the CBRT to switch to an explicit inflation targeting regime since 2006.

The life of any successful policy is not indefinite and inflation targeting is not an exception. Therefore, it is necessary to discuss alternative policies and targets that will not only provide price stability, but also contribute to economic growth.

Thanks to the measures taken by the CBRT, the BRSA and other public institutions, the Turkish economy stood firm against the Global Financial Crisis (GFC), which shook the global economy in 2008. The CBRT used various mechanisms to support the liquidity of the financial system and revive credit markets, including lower interest rates. The CBRT has used macro-prudential policies instead of micro-prudential ones; the former have helped to immunize the side effects of the GFC.

Turkey has made important advances in its financial and monetary markets. However, there are certain areas that create vulnerabilities for the Turkish economy. As discussed above, the CBRT has adopted inflation targeting regime since 2002. At the beginning of the 2000s, Turkey’s first priority was to maintain macroeconomic stability. Reducing inflation was one of the key aspects towards achieving this. Therefore, the inflation targeting regime, which was popular across the world, was crucial in reducing inflation in a stable manner. Inflation targeting was in the forefront of the policies proposed by the neoliberal paradigm.

However, inflation targeting’s shortcomings appeared over time. Many economists, including Joseph Stiglitz and Jeffery Frankel, emphasize the failure of inflation targeting after the GFC. Although central banks have tools, such as increasing policy interest rates, to reduce demand-pull inflation, this is not the case with cost-push inflation. Central banks have limited power to affect inflation when increasing oil and/or food prices are the main reasons for soaring inflation. But, even in the case of cost-push inflation, many central banks increase their policy interest rate to achieve inflation targets. This policy not only fails to reduce inflation, but also reduces economic growth and increases unemployment.

Unfortunately, the CBRT could not achieve its inflation targets in recent years mainly due to supply shocks and to other factors that were beyond its control. The CRBT, however, continues to maintain its high interest rate policy despite the fact that it fails to keep inflation down. Although one of the main reasons for keeping interest rate very high is to prevent the excessive depreciation of the Turkish lira, the CBRT has been criticized frequently in recent times for its policy.

The life of any successful policy is not indefinite and inflation targeting is not an exception. Therefore, it is necessary to discuss alternative policies and targets that will not only provide price stability, but also contribute to economic growth.

The global economy is experiencing one of its most tumultuous periods in history. Turkey needs to move beyond this period with the minimum deviation from its medium and long-term economic goals. If Turkey can achieve this, it will be faster in catching up with developed countries. Otherwise, Turkey will have to wait longer to join the so-called “convergence club”. Of course, monetary policy alone cannot promote economic growth. Yet, we need to take economic growth into account when implementing the former.

We live in very different times now: there is intense debate about the “new normal” of global economy and the central banks of developed countries under the “extraordinary measures in extraordinary times” slogan are using unconventional monetary policies that nobody would have dared to propose ten years ago.

We live in very different times now: there is intense debate about the “new normal” of global economy and the central banks of developed countries under the “extraordinary measures in extraordinary times” slogan are using unconventional monetary policies that nobody would have dared to propose ten years ago. Perhaps it would be better for the CBRT to adopt a new monetary policy framework in which it will pursue complementary objectives like price stability and strong economic growth.

The Federal Reserve System (Fed), the central bank of the United States, is a good example of a dual mandate. First, the Fed has an inflation target of 2%. Second, it has a maximum employment target, which is not constant but changes according to economic projections. Nowadays, the Fed tries to keep unemployment around 4.8%.

The second policy option is nominal GDP targeting. Under this option, the CBRT will respond to shocks by taking into account both inflation and the level of GDP. When there is a supply-shock such as a sudden increase in oil and food prices or a natural disaster, the central bank will not increase policy interest rate as this will not reduce cost-push inflation, but will reduce GDP. Therefore, the central bank will not increase interest rate in order to achieve the nominal GDP target. The situation is the same when there is an adverse trade shock.

It is clear that Turkey needs a new central banking framework. Current policies under inflation targeting do not respond to Turkey’s needs.

It is clear that Turkey needs a new central banking framework. Current policies under inflation targeting do not respond to Turkey’s needs. Academics, politicians, bureaucrats and representatives of the financial sector should discuss potential options that will further support Turkey’s efforts to reach the upper steps of the economic development ladder. If one of the aforementioned options seems more suitable for the Turkish economy, the government should think about changing the law defining the central bank’s responsibilities. But, we should also keep in mind that monetary policy is not a panacea.