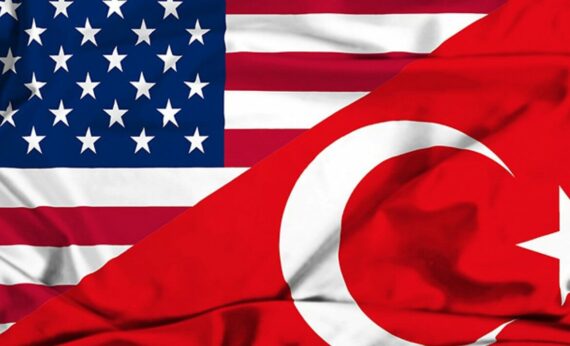 Last week, just before President Recep Tayyip Erdoğan’s visit to the United States, U.S. Deputy Secretary of State Antony Blinken paid a visit to Ankara where the two sides discussed the ongoing efforts to defeat DAESH and to resolve the Syrian crisis through diplomacy. Turkey today is at the very center and a vital ally in the fight against DAESH, in the struggle to end Syria’s civil war as well as the global refugee crisis that makes Ankara a key partner for Western leaders. However, so many opportunities have already been missed that could stabilize the situation in Syria over the past five years.

The continued geopolitical negligence of the U.S. in the Middle East during the Obama administration has resulted in several missed opportunities to stabilize the chaotic situation on the ground in Syria.

Since Turkey’s warnings about the Syrian crisis were disregarded by Washington, so far the Syrian issue has continued to be one of the contentious issues between the two sides until now. The reason behind this situation has stemmed from the way American foreign policy has been conducted by the administration of U.S. President Barack Obama – along the contours of the Obama Doctrine over the past five years. As a result, the Middle East’s regional problems have become more complex and intractable.

Washington’s insistence on no boots on the ground and leading behind a strategy that relied on some state and non-state actors’ cooperation on the ground has so far failed to be successful in bringing a solution to the problems of the fractured states of both Iraq and Syria.

Unfortunately, the net result of Obama’s strategy of non-strategy in the Middle East has worked at the expense of Turkey’s security interests – hence Ankara has left alone in assuming and overcoming most of the soft and hard security problems emanating from the on-going civil war in Syria. Thus, this situation has become the main source of a real problem that has badly hurt the two sides’ relations.

The continued geopolitical negligence of the U.S. in the Middle East during the Obama administration has resulted in several missed opportunities to stabilize the chaotic situation on the ground in Syria. Unlike the U.S., Russia witnessed the halfhearted support given by the U.S. to moderate forces in Syria from the inception of the crisis and did not abstain from providing support to both the Syrian regime and to its main supporters on the ground such as Iran and their non-state proxies including Hezbollah and others.

Obama’s inattention toward the brutality of the regime of Syrian President Bashar al-Assad at the inception of the Syrian crisis has first resulted in the failure of the central government in Syria that gave rise to a significant power vacuum. This power vacuum was soon filled by both radical groups like DAESH and others as well as by regional powers that are essentially waging proxy wars in Syria. This spill in nature of Syrian civil war has propelled Iran and Saudi Arabia as the main regional contenders in Syria, which has made the situation in the country more chaotic.

Later, when the Joint Comprehensive Plan of Action agreement was signed as the result of Washington’s implementation of a new political engagement policy with Iran, the confrontation between Riyadh and Tehran naturally increased. This competitive situation between the main contenders of the Syrian crisis remained unchanged until the moderate opposition forces in summer 2015 achieved success on the ground with the renewed support of some Gulf States.

However, during this time span when DAESH also gained more territory in Syria due to the retreat of the Assad regime, the Obama administration decided to prioritize the fight against this radical group rather than focus on the root causes of the problem. With this mindset, the U.S. preferred to establish the anti-DAESH coalition of nearly 60 countries, which Turkey also joined. Yet, Ankara has constantly warned the U.S. and its allies that DAESH is not the cause of problems related to security in Syria, and a comprehensive approach to Syria’s problems should be pursued.

Turkey has continued to be part of the anti-DAESH coalition by both opening up its bases for coalition use and becoming part of the air operations launched in Iraq. It has also supported the Geneva peace talks and the Vienna ceasefire that was encouraged by the Obama administration. At the same time, however, Ankara has continued to stress the necessity of creating a DAESH-free safe zone in northern Syria even just before the Russian air assault began in Syria on September 30, 2015.

Unfortunately, though, Turkey was not successful in persuading Washington to this effect. Hence, the situation in Syria in the aftermath of Russian intervention has become even more intricate than before, both for Turkey as well as for others that are already involved in this humanitarian crisis.

For Turkey, the avoidance or deference of the main source of the problem of the Syrian crisis – the Assad regime – will continue to feed the eruption of both old and new security threats that are emanating from Syria. It is no surprise then that the risk of flow of refugees that are heading to Europe via Turkey along with risk of terrorism stemming from radical foreign fighters who are extending beyond Syria’s borders to reach European cities becomes an observable reality.

For Turkey, the avoidance or deference of the main source of the problem of the Syrian crisis – the Assad regime – will continue to feed the eruption of both old and new security threats that are emanating from Syria. It is no surprise then that the risk of flow of refugees that are heading to Europe via Turkey along with risk of terrorism stemming from radical foreign fighters who are extending beyond Syria’s borders to reach European cities becomes an observable reality.

Furthermore, Washington’s current preferred alliance with the Democratic Union Party (PYD), which is closely cooperating with the PKK in Syria in the fight against DAESH remains another serious point of friction between the two sides where Ankara rightfully rejects all kinds of terrorism and naturally expects its NATO ally to show respect and understanding in this regard. The details of this cooperation and ties between PYD and PKK is very well explained at one of SETA’s latest report.

What is more serious today is that, especially after its intervention in Syria to bolster the Assad regime, Russia has become more concerning for several reasons. First, after seizing the territories belonging to the moderate opposition with the help of Iranian ground forces and Assad regime forces, Russia has now created a new flow of refugees headed to Turkey and beyond. Thus, Moscow has come to a position that it can divide the West and European Union by using the refugee issue that is directly resulting from the chaotic situation present in Syria.

Also, by bolstering its military presence there, Russia is now becoming another military factor that should be taken seriously into account especially from the perspective of NATO’s southern flank, as it may influence the future military balance of the eastern Mediterranean. Another reality concerns Russia’s support to the PYD. In the face of this complex Syrian picture, the newest and latest ceasefire-based approach of Washington’s Syrian initiative, which aims to create a transitional government in Syria, is doom to fail unless it is simultaneously supported by the creation of a safe zone in Syria since the current military imbalance on the ground now has the capacity to stall the political negotiation process due to the radically changed position of some of the warring sides. For instance, whereas the moderate opposition has simultaneously lost their previous power and their influence in affecting the future of the Syrian political negotiations in Geneva, the Assad regime has almost lost is apathy for further negotiations due to its recent territorial gains. That is why Turkey continues to firmly support the idea of a safe zone. This time, the Obama administration should not miss its last chance to take action.

It is time to take the initiative back from Russia and operate for the stabilization of war-torn Syria. For this reason and while continuing the political transition negotiations, the international community led by the U.S. and other Western powers should be accompanied by the parallel process of the creation of a safe zone in Syria to bring the Assad regime and others to the table to launch the creation of a transitional government in Syria.

If the U.S. inspired some kind of a NATO-based deterrence mission – similar to the coalition of the willing that existed in Kosovo – it could provide air-cover for this safe zone mission on the ground, which would surely help deter the newly built and fortified Russian capabilities in Syria that can be a real concern both to Turkey’s as well as NATO’s southern flank’s future operational plans in the Mediterranean. This Western/NATO support for a safe zone in Syria is also expected to pressure Russia to take action to assure the Assad regime is present at the negotiation table.

With the international community having assured the stabilization of Syrian-based problems via establishing a safe zone, it can then concentrate on an all-out war against DAESH to finalize the job of eradicating this radical group both in Syria and Iraq. Certainly, this would be a win-win situation not only for Turkey and other regional powers but also for the entire international community that is currently suffering from the devastating side effects of the Syrian civil war.