The referendum on Kurdish regional independence will not be postponed unless Baghdad can offer an “alternative arrangement” that would also guarantee the rights of the region’s Kurds, Barzani said on Tuesday. 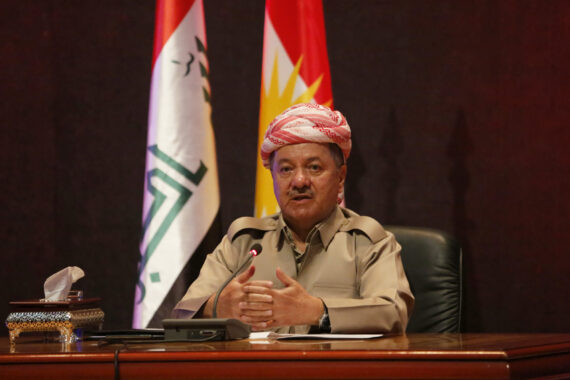 The proposed independence referendum by the Kurdistan Regional Government (KRG) is due to take place on Sept 25 regardless of criticism by regional and other governments.

Residents in provinces controlled by the KRG are due to vote on independence from Baghdad.

The parliamentary vote was based on a request by Iraqi Prime Minister Haidar al-Abadi.

Despite the parliamentary decision, Karim is yet to leave office.

The parliamentary vote was prompted by an August 29 decision by Kirkuk’s provincial council to include the disputed province in the referendum.

The decision triggered an uproar in Bagdad and calls by Iraqi politicians and MPs to remove Karim from office.

Meanwhile, KRG leader Masoud Barzani has stated that a “yes” vote would not initiate an automatic declaration of independence but would lead to further negotiations with Baghdad.

Regardless of calls from Turkey and the US to postpone the referendum, Barzani has said that the poll will not be postponed unless a viable alternative is conformed.

The referendum on Kurdish regional independence will not be postponed unless Baghdad can offer an “alternative arrangement” that would also guarantee the rights of the region’s Kurds, Barzani said on Tuesday.

President Trump has called for negotiations between Baghdad and the KRG, which he claimed the US would lead.

Speaking at a campaign rally in the city of Soran in northern Iraq’s Erbil province, Barzani said the poll’s primary goal was to “show the world that we want independence.”

“We are open to hearing alternatives [to the referendum],” he said. “But in the absence of any such alternatives, the planned [Sept. 25] referendum is set to go forward.”

Barzani stressed during his speech that the KRG’s problem was not with the international community but with Baghdad, and therefore the referendum could not be postponed unless Baghdad reach an alternative.

However, he added, any such alternative arrangement “would have to be guaranteed by the international community, including the U.S. and the EU.”

He went on to give Baghdad “two or three days” in which to propose an alternative scenario.