Without firing a shot, Beijing launched a charm offensive in Indo-Pacific to cut off the US from its allies. 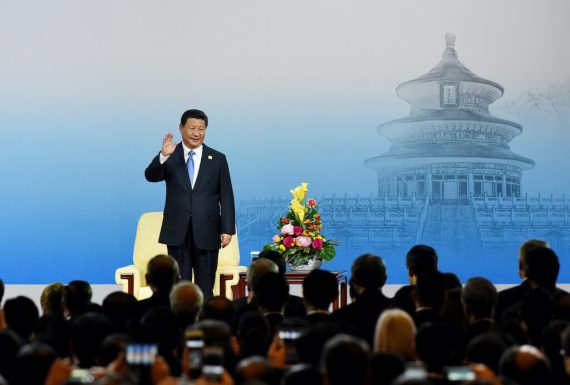 Three years ago, when the Wall Street Journal reported that China had signed a secret agreement with Cambodian Prime Minister Hun Sen granting Chinese armed forces exclusive rights to a Cambodian naval installation in the Gulf of Thailand, Beijing denounced the report as “fake news,” saying, it has “never made any such agreement as reported by foreign media outlets.”

But it turns out the reporting was indeed accurate, with Western officials telling the Washington Post on June 6 that China has begun building a naval facility in Cambodia for the exclusive use of its military, and that Chinese and Cambodian officials are taking “extraordinary measures” to conceal the operation, although a Chinese official in Beijing confirmed to the newspaper that a “portion of the base” will be used by “the Chinese military.”

Beijing, however, continues to deny the reports, even as Cambodian and Chinese officials took part in a ground-breaking ceremony at the Ream Naval Base on June 8, making it the second such overseas outpost for the Chinese military, but the first in the strategically significant Indo-Pacific region, raising fresh fears in the United States and its Western Pacific allies, particularly Australia, which have been on high alert since China signed a security pact with the Solomon Islands on March 30.

While Beijing denies it plans to build a Chinese military base in the Solomon Islands by calling such allegations “completely fabricated,” the undeniable reality is the deal specifies that China would be allowed to send security forces to the Solomons at the request of the Solomons government, which, in recent times, has become completely subservient to Beijing in exchange for bribes worth little more than hundreds of thousands of dollars.

Leaked documents also reveal Honiara held secret talks with Beijing to allow China to bring weapons, including machine guns and other light arms, into the capital.

Beijing’s covert move on the Solomon Islands has put the “Blue Continent,” an oceanic territory that spans three million kilometres and includes a dozen countries and 13 million people, at the centre of a great power struggle between China and the United States, but with Australia playing the lead role. Revelations the Chinese Navy will soon be operating from a naval base in Cambodia, despite Beijing’s earlier denials, only adds fuel to this simmering fire.

Seeking to add further wins to its “island hopping” campaign, one mirrored on the United States’ strategy to dislodge Imperial Japan from its territorial conquests during the Second World War, Beijing has launched a charm offensive in the region with the aim of cutting off the US from its allies in Indo Pacific, but without firing a shot. The geography hasn’t changed but the tactics have.

China is following the dictum prescribed by Chinese general Sun Tzu, who remarked that the supreme art of war is to “subdue the enemy without fighting.”

Last month, Beijing tried to cajole and coerce 10 small Pacific nations into endorsing a major cooperation agreement covering everything from security to fisheries in what Micronesia warned to be a ”game changing” attempt by Beijing to wrestle control of the region.

But the deal was flatly rejected for a couple of reasons. Firstly, Pacific Island nations were put offside by Beijing’s attempt to bypass the Pacific Islands Forum in Suva, with Samoan Prime Minister Fiamē Mataʻafa summing up the collective mood in saying, “You cannot have regional agreements if the region has not met to discuss it.”

Secondly, Australia has launched an effective charm offensive of its own in the region, with the new Labor government deploying its Foreign Minister, Penny Wong, to three Pacific countries in her first 10 days in office, compared with the handful of visits her predecessor made during her four years in the job.

“We will increase our contribution to regional security: we understand that the security of the Pacific is the responsibility of the Pacific family, of which Australia is a part,” she told reporters on the eve of her visit to Samoa and Tonga earlier this month.

She promised Australia would stand “shoulder with our Pacific family” in combatting the existential threat of climate change, while also deepening cultural and sporting ties, and building on the conservative coalition government’s $500 million “Step up” commitment in 2017 towards promoting economic cooperation and greater integration within the Pacific and also with the Australian and New Zealand economies, and tackling security challenges.

Dr Shi Yinhong, a professor of international relations at Renmin University in Beijing, says China’s unsuccessful attempt to ram through its major cooperation package with 10 Pacific Island nations will have not only emboldened the US and Australia, but also encourage them to more in the region to counter China, warning, “The strategic competition will be far from easy for both sides.”

But having failed to woo Pacific Island nations, Beijing is now offering the new Australian government the arm of friendship in congratulating new Prime Minister Anthony Albanese on his electoral win, marking the first direct communication between the senior leadership of the two countries in nearly three years.

“The Chinese side is ready to work with the Australian side to uphold the principle of mutual respect and mutual benefit,” said Chinese Premier Li Keqiang.

But China has shown no interest in dropping its list of “14 demands,” which includes a demand that Australia relax its foreign investment rules for China and that Australia’s news media end its criticisms of Beijing’s policies and human rights abuses. Nor has it signaled it will end its punitive ban on $20 billion worth of Australian exports or its imprisonment of Australian journalists and writers.

“Pretending to offer the hand of friendship, they are, in fact, demanding the full kowtow. Offering public platitudes and private pressures, they are seeing whether a new Australian government will crack.,” says Peter Hartcher, author of Red Zone: China’s Challenge and Australia’s Future.

But while Australia’s two major political parties differ on any number of issues, China’s increasingly aggressive moves in the South Pacific is not one of them.

Beijing’s transparently insincere rapprochement towards Canberra also comes at the same time it accused the Australian Air Force of “threatening its sovereignty and security” on Wednesday, after, not before, a Chinese fighter jet dangerously intercepted a Royal Australian Air Force P-8 maritime surveillance aircraft in international airspace, thousands of kilometers from Chinese territory, making it the second such incident in months, remembering Chinese naval vessels shined a laser into an Australian surveillance plane in February, which the former Prime Minister called an “an act of intimidation”.

It’s hard to imagine these kinds of incidents won’t become more frequent and more dangerous in coming months and years, given Beijing’s unbridled ambition to build a network of military bases and installations in the Indo Pacific in support of its aspirations for global superpowerdom.