Indo-Pacific is about to undergo it’s most significant reorganizing since the end of the Second World War. 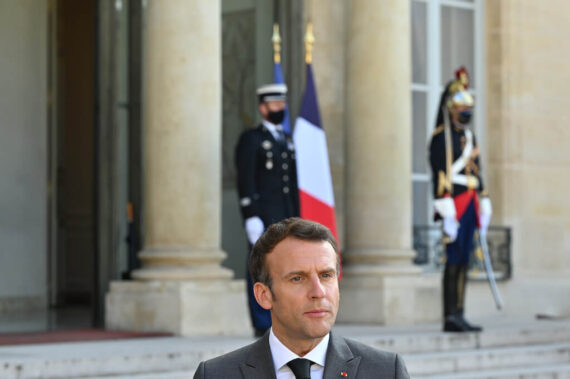 Under American hegemony, Asia Pacific has experienced the longest period of peace since the start of the Industrial Revolution, but the emergence of China as a rival power has created a sense of insecurity not felt in the region since Imperial Japan invaded Nanjing in 1937, and then soon after the rest of southeast Asia.

In response, Australia, United Kingdom and the United States have formulated the AUKUS security alliance to challenge what it and its Asian allies, including India, South Korea and Japan, perceive to be an increasingly militaristic and hyper-aggressive China.

But when security analysts talk about the “China threat,” they mean the direct military threat it poses to Taiwan, Japan, South Korea, India, the Philippines and Vietnam, among others, but not the three AUKUS signatories – Australia, U.K. and U.S.

In fact, China is not only Australia’s number one trading partner, but also has never threatened Australia militarily, or implied such a threat. Moreover, the UK is located on the other side of the planet, while the US maintains a huge and ever-expanding lead over the Asian power’s military capabilities.

So, who’s insecurity is this trilateral security partnership meant to resolve?

Well, if you listen carefully to American security elites, AUKUS is President Biden’s way of outsourcing some of the heavy lifting that will be required to deter or prevent a Chinese invasion of Taiwan at some point in the next two to three decades, with the construction of eight-nuclear powered submarines in Australia the centrepiece of his strategy.

Last year, the Pentagon released a report into China’s military and development capabilities, saying, Chinese security forces continue to “lack a robust deep-water anti-submarine warfare capability.” Nuclear powered submarines, which can stay beneath the surface of the ocean longer, making them much harder to detect than their diesel-powered cousins, are the stuff of Beijing’s worst nightmares.

Max Boot, a senior fellow at the Council on Foreign Relations, says this is “weakness the Royal Australian Navy will be able to exploit in conjunction with the U.S. and British fleets.”

The deal also includes cooperation on missile capabilities, cyber defense, artificial intelligence, quantum computing, research and development, and industrial supply chains, according to a statement by the White House.

Should a shooting war between China and the U.S. materialize, the Pentagon anticipates Australia’s submarine fleet will allow it to lighten the burden of its Pacific Fleet, especially given Canberra has established a track record of blindly following the U.S. into every war since and including World War Two.

Expectedly, Beijing has responded by calling Australia “brainless,” and warning it has made itself a target.

Expectedly, Beijing has responded by calling Australia “brainless,” and warning it has made itself a target.

“Armed with nuclear submarines, Australia itself will be a target for possible nuclear attacks in the future,” Victor Gao, the vice president for the Centre for China and Globalization, told ABC’s China Tonight.

“The watershed moment will be if Australia will be armed with nuclear submarines to be locally produced in Australia. That will mean Australia will lose that privilege of not being targeted by nuclear weapons to other countries and that should be a wake-up call for all Australians.,” he said.

This is exactly the blowback some of Australia’s top security elites have warned, including the venerable Professor Hugh White, who stated, “[Prime Minister] Scott Morrison has tied Australia to a deal that undermines our sovereign capabilities, overspends on hardware we can barely be confident of operating, and drags us closer to the frontline of a war we may have no interest in fighting.”

That said, China’s unlawful actions in the South China Sea has put it into direct conflict with no fewer than a half-dozen countries, and there’s no doubt China is guilty of violating international maritime law, and therefore threatening the freedom of the seas and the world’s busiest shipping lanes, including those which so many Asian countries depend upon for their energy needs.

So, Beijing has only itself to blame for escalating tensions in the region. The question is whether AUKUS encourages security or heightens tensions in Indo Pacific, but there are already clear warning signs it has formalized a regional Cold War and incited a new arms race.

Malaysia, Indonesia and Singapore have already come out strongly against Australia possessing a fleet of nuclear-powered submarines. Their concerns rooted in the fear that acquiring nuclear-powered submarines inevitably leads to acquiring nuclear weapons in the future. Their concerns heightened by Australia not being a signatory to the Treaty on the Prohibition of Nuclear Weapons.

For this reason, Malaysian Prime Minister Ismail Sabri Yaakob warns AUKUS will trigger a nuclear arms race in the contested Indo-Pacific by provoking “other powers to act more aggressively in the region, especially in the South China Sea,” while others, including Indonesia, fear the anti-China security alliance will force them into having to choose between Beijing or Washington DC, thus forfeiting their “strategic ambiguity.”

Others, including former Australian Prime Minister Paul Keating, have dismissed AUKUS as an Anglosphere solution for an Asian problem in an Asian neighbourhood, a criticism that ignores, however, the way the triparty alliance compliments the existing Quadrilateral Security Dialogue (QUAD), which not only includes Japan and India, along with Australia and the US, but also enjoys support from an array of Asian states, including Indonesia, the Philippines, and South Korea.

While it’s still too early to quantify the immediate and long-term ramifications of the AUKUS alliance, what’s certain, however, is Indo Pacific is about to undergo it’s most significant reorganizing since the end of the Second World War.